Many parents and teachers ask how Memoria Press’ Latin programs relate to each other. When do I start? In what order should I use them? What if I start late? Let’s look at each individual program in order. 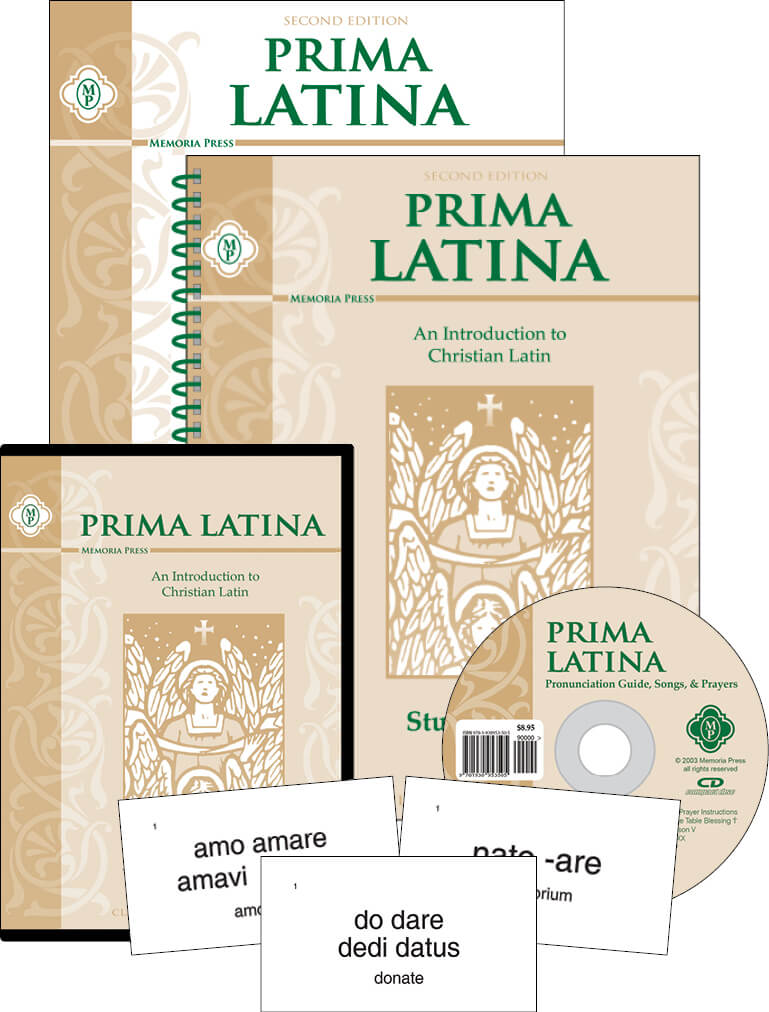 Prima Latina is the ideal beginner program. It is a simple course of study, consisting of an English language lesson, five Latin vocabulary words, derivatives, and a line of an ancient hymn or prayer to memorize each week. Prima Latina can be started in second grade with a fluent reader but would be appropriate even up until fourth grade. Since it is an introductory program, it can be skipped if the student is older.

One of the indispensable benefits of Prima Latina is that it systematically covers the parts of speech, and so it doubles as your grammar program for the year. There are no translation exercises because the young child is not developmentally ready for the abstract skills translation requires. To effectively master the grammar concepts, the vocabulary, and the hymns, Prima Latina will take about twenty minutes a day.

Latina Christiana is another introductory program, but geared towards a slightly older student: third through fifth grades.

While it does not cover the parts of speech in a structured way like Prima, it builds on the grammar knowledge a third grader should already have (whether by having studied Prima or another grammar program). It asks questions such as, “In English, how many words are needed for a sentence?” (two: a noun and a 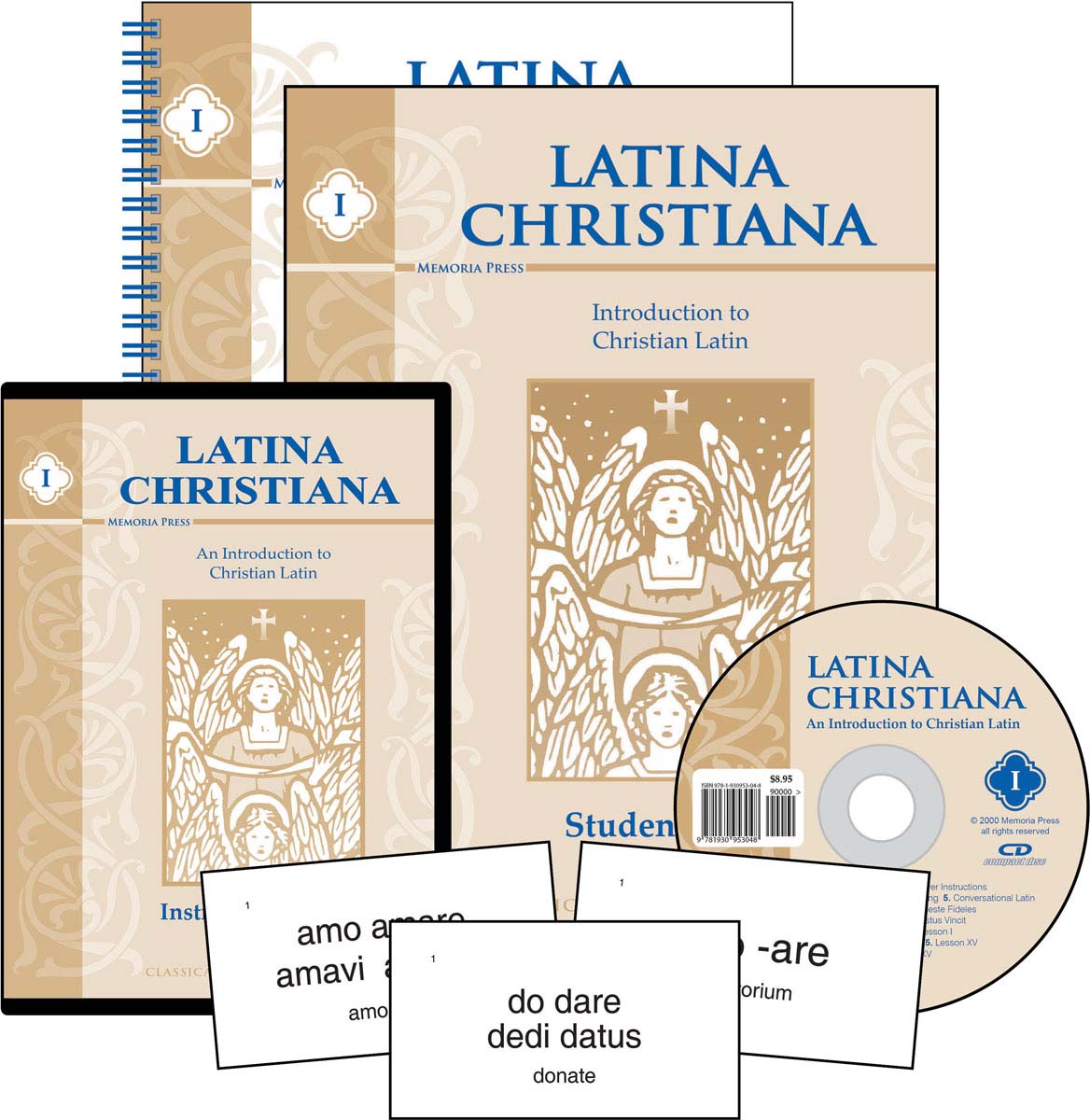 Latina Christiana teaches ten vocabulary words, along with their derivatives, each week and a new grammar form (a declension or conjugation) every couple of weeks. A deep understanding of usage is not yet required. The student masters the forms of a declension, but usage is introduced at a very basic level. Simple sentences (subject and verb) are translated, but direct and indirect objects are avoided to enable the student to master the usage that is taught. 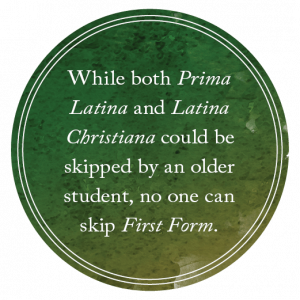 In First Form Latin a student’s Latin studies really take off. While both Prima Latina and Latina Christiana could be skipped by an older student (fifth grade and up), no one can skip First Form. The prior two programs build a nice base of vocabulary and grammar that makes it easier for the student of First Form to get off to a good start; however, the content of those books is not assumed, and so even a student who has had no Latin can begin here.

First Form Latin utilizes a student text and a student workbook. The text presents the material to the student: a grammar form (a declension or tense of a conjugation), basic usage of that form, a Latin saying, and no more than ten vocabulary words. The scripted teacher manual provides help for the amateur teacher. The workbook gives anywhere from four to six pages of written exercises for each lesson to ensure mastery. There are flashcards available for help learning vocabulary, and instructional DVDs in case the child needs a master teacher to explain the lesson to him. 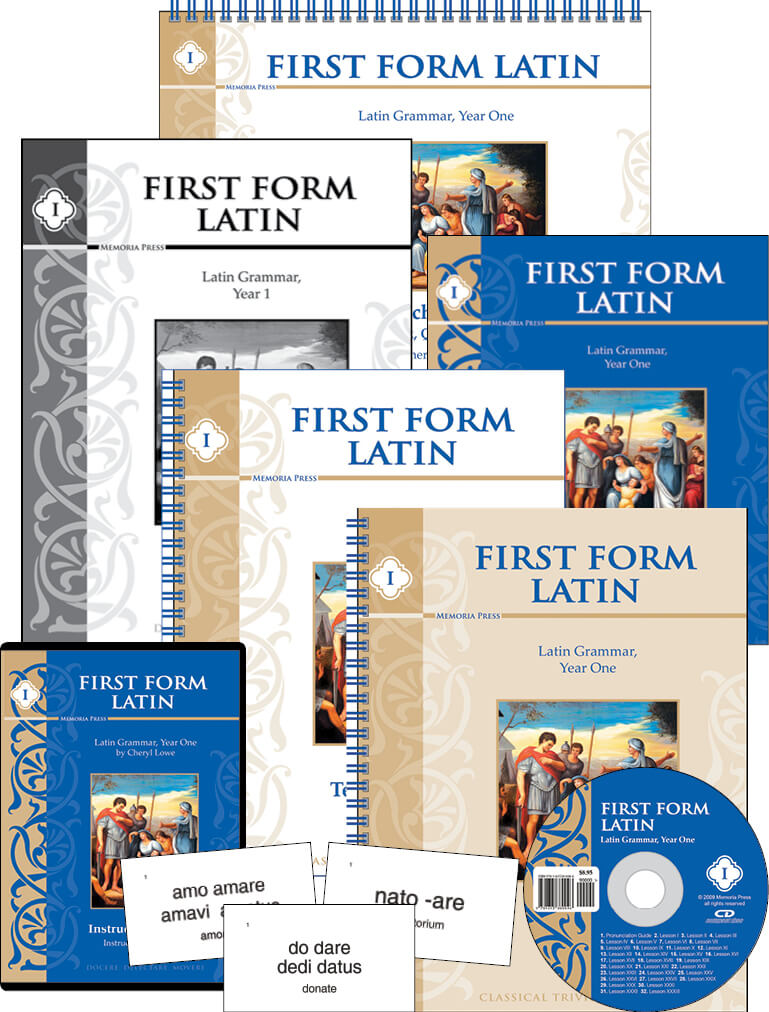 First Form Latin helps students hone sentence translation. The program does not require the student to master advanced translation. While most fourth, fifth, or sixth graders are ready to parse (that is, identify the attributes of a particular word), they are not ready to deal with the abstract complexities of relating those attributes to one another to form a complex translation.

First, Second, Third, and Fourth Form build on one another. The grammar and vocabulary from each previous level are reviewed in the subsequent level before more new content is presented. Students will begin to deal with difficulties like the passive voice in Second, the subjunctive in Third, and participles, gerunds, and gerundives in Fourth Form.

The translation in the Forms Series gradually gets more difficult. In First Form Latin, the sentences are very simple. Over time they get more and more complex until in the Unit Reviews in Fourth Form, students translate portions of St. Patrick’s autobiography. Many adults want to see their children translating as soon as possible, but the children’s familiarity with translation by the seventh grade (the earliest we would recommend Fourth Form) will show the wisdom of the more grammatical approach. 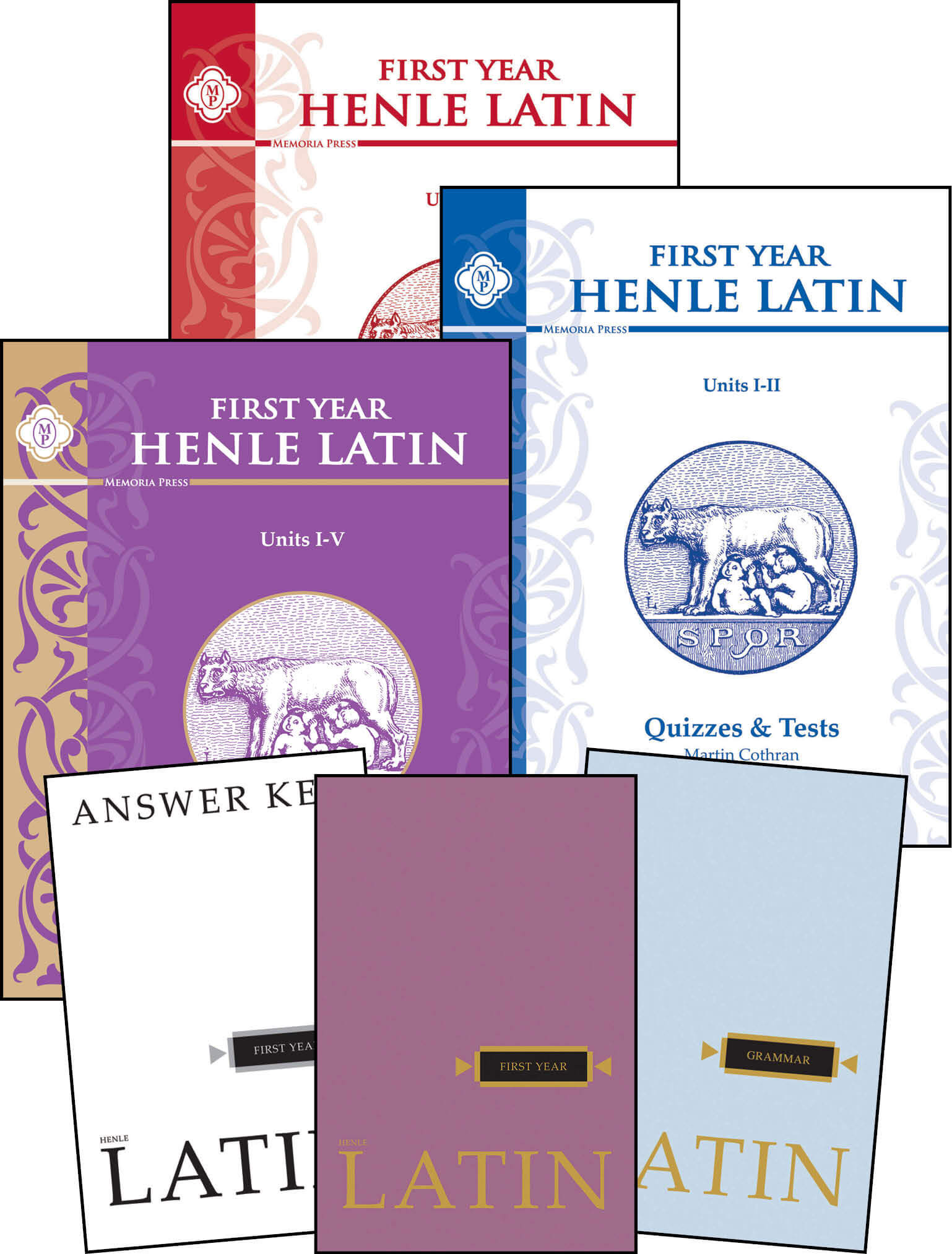 The Henle series is a high-school level program that was written in an age when students were expected to have been exposed to Latin in elementary  and middle school. As such, it covers in the First Year text what the Forms Series takes four years to cover and introduces translation at a much quicker pace.

A student entering ninth grade who has not done any Latin, however, could go straight into the Henle Year One text and take two years to complete it (our Henle Year One Units 1-5 and Units 6-14 Guides are a tremendous help in doing this). They would follow these two years with Henle Year Two and Mueller’s Caesar to complete four years of high school Latin. 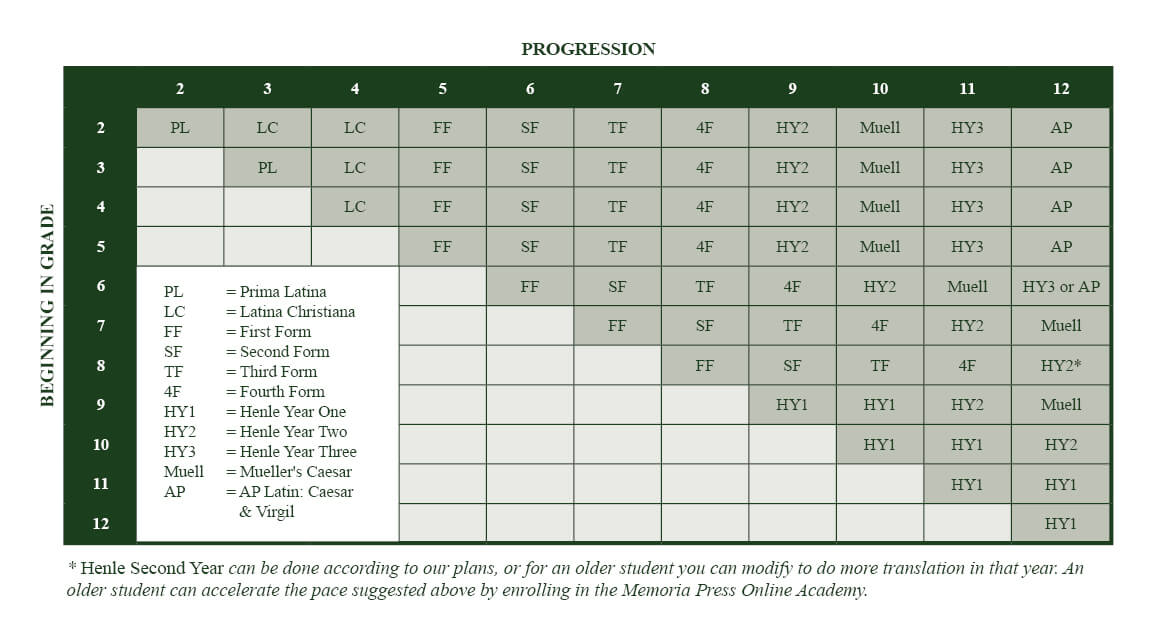