What is more wondrous than a fairy tale? Or more dangerous? What can we learn from how a nation regards its legacy of fairy tales?

Far from being fanciful stories to entertain a child, fairy tales offer sophisticated narratives cloaked in layers of symbolism and filled with nuanced or direct reflections of a culture’s fears, values, and desires. Fairy tales unveil both the glories and the depravities of a society’s behavior. They render harsh judgments and teach difficult lessons, even when they conclude with the words “happily ever after.” Because they have this kind of inherent power, fairy tales can become an impediment to anyone seeking to eviscerate a nation’s culture or rewrite the flow of history.

We here in the United States tend to be unfamiliar with Russian fairy tales. Yet few nations have exalted their fairy tales more heartily. With a literary tradition younger than that of Europe, Russians instinctively regarded their fairy tales (skazki) as “ancient literature” long before they appeared in written form. Once these tales assumed literary forms in the nineteenth century, their impact expanded dramatically.

That impact continued in wonderfully creative ways until the great disaster of the Bolshevik Revolution in 1917. Deemed a vestige of the tsarist era, fairy tales stood as an impediment to the Marxist agenda and the task of rewriting Russia’s history. So skazki went into a kind of internal exile from which they emerged only after the fall of Communism.

In the 1820s, the first significant literary collection of fairy tales was penned by Russia’s most beloved author, Alexander Pushkin (e.g., “The Tale of the Golden Cockerel”). The next significant development came three decades later, when ethnographer Alexander Afanasiev captured more than six hundred Russian fairy tales in beautiful prose between 1855 and 1867 (e.g., “Baba Yaga”). Afanasiev’s achievement stood worthily in the line of his esteemed predecessors: the French author Charles Perrault, whose collection between 1695 and 1703 included “Cinderella” and “Sleeping Beauty,” and the prolific German brothers Grimm. 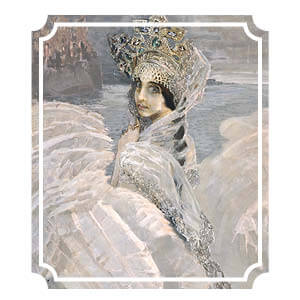 All of this artistic activity came to a halt in the perilous aftermath of the Bolshevik Revolution. Consumed by endless logistical and military dilemmas, the Marxists also had to fend off threats posed by traditional Russian culture. Famous, of course, is the Bolsheviks’ near destruction of the Russian Orthodox Church. But they equally attacked the heart and soul of Russian village life—including folklore and fairy tales—as part of their decision to build a new Soviet future by destroying Russia’s heritage.

The amount of cultural devastation wreaked by the Bolsheviks is unfathomable. Most of it was coated in blood. Some of it would be laughable, if not so consequential, such as the apparatchiks’ efforts to feed children a new type of Soviet fairy tale wherein “heroes of the grain harvest” replaced the Snow Maiden and greedy capitalists replaced Kashchei the Deathless.

What did Soviet ideologues fear about the old fairy tales? Fairy tales are never trivial. Even the youngest hearer knows that the hero is good, even if a bit muddled at times. The forces of evil may disguise themselves, but ultimately they are unmasked as an inverse of the good. Goodness and truth do triumph in a way that children instinctively know is right. The magic in fairy tales is a visceral force that ultimately supports the triumph of good. These facts clashed with a brutal system bent on erasing Russia’s traditional values.

In 1928, just as Stalin was tightening his grip on absolute power, an innovative study appeared: Morphology of the Folktale by Russian folklorist Vladimir Propp. In his analysis, Propp identified thirty-one common actions, or “plot dynamics,” that propel a fairy tale forward. He also named seven archetypal roles filled by characters in fairy tales. Propp’s work is applicable to fairy tales from every culture around the world and was universally acclaimed—except in the Soviet Union, where it ran into ideological difficulties.

Propp’s structural approach was labeled “formalist”— an ideological complaint leveled in Soviet times against work that focused on structure without integrating a pre-determined social and historical narrative. A charge of formalism could wreck a career (and did in the case of Sergei Prokofiev). It could destroy creative legacies from the past as well.

Propp spent the rest of his life (like all Soviet artists) tiptoeing around the barbs of Marxist ideology. But today, both in Russia and worldwide, his approach to the analysis of fairy tales is openly celebrated and employed.

Are there messages for us to take from reviewing these mileposts in the modern development of Russian fairy tales? Our own legacy differs, primarily because it combines Native-American tales with the many fairy tale traditions brought by immigrants from other nations. Once, fairy tales were richly incorporated into American children’s formal education. Then, tales judged offensive were written out of the canon. Others were recast in a milksop manner utterly lacking in vigor or moral judgment.

Certainly there is room for disagreement. A culture needs occasional reforms to heal gaping injustices. But denuding any literary canon casts a society into a cultural desert, truncating its roots and tossing it into a Potemkin village of shallow and rickety substitutes.

The renewal of classical education is bringing traditional fairy tales back into the curriculum. With groundwork laid at a young age, children will revisit the principles taught by fairy tales many times in their lives. Presented carefully and lovingly, these treasures can serve as bulwarks in a world barraged by yet unimaginable storms of change.