By any stretch of the imagination, and by any criteria, the Chronicles of Narnia are among the most popular books ever written. Several major surveys of the bestselling books of all time place The Lion, the Witch and the Wardrobe in the Top Ten, a few places below The Lord of the Rings by C. S. Lewis’ friend, J. R. R. Tolkien.¹ Although exact global sales figures are hard to verify, it is estimated that 3.5 million copies of The Lion, the Witch and the Wardrobe are sold annually around the world, in editions published in thirty-three languages, and these figures don’t include the millions of copies of the other six titles in the series.² Clearly it is no exaggeration to speak of a C. S. Lewis phenomenon or a C. S. Lewis industry. 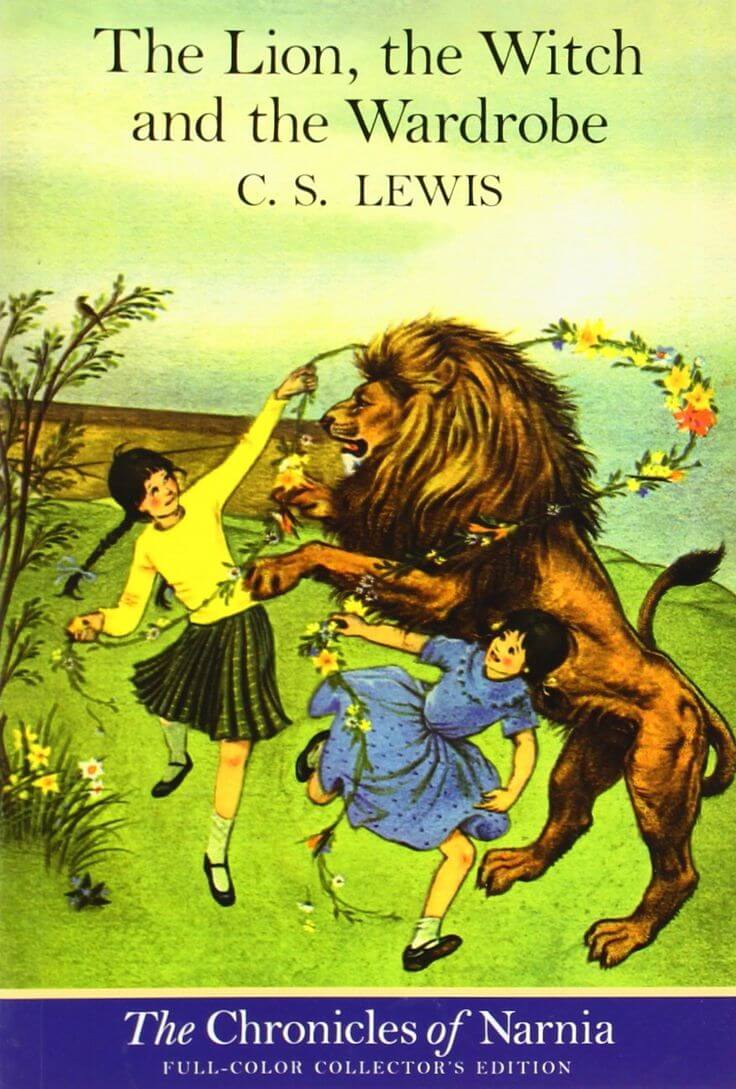 Such phenomenal success will do nothing to assuage the contempt with which the books are held by those who allow their judgment to be clouded by the arrogance of ignorance. The response of such people was epitomized by the manner in which the triumph of The Lord of the Rings was greeted after it was voted “the greatest book of the century” in a nationwide poll in the UK in 1997. “Tolkien—that’s for children, isn’t it?” scoffed the writer Howard Jacobson. “It just shows the folly of these polls, the folly of teaching people to read. Close all the libraries. Use the money for something else. It’s another black day for British culture.”³ Griff Rhys Jones on the BBC’s Bookworm program was equally dismissive, stating that Tolkien’s epic went no deeper than the “comforts and rituals of childhood,”⁴ a judgment he would no doubt extend to the Chronicles of Narnia.

And yet, for all their superciliousness, and all their pride and prejudice, don’t the critics have a point, at least where Narnia is concerned? Even if we concede that The Lord of the Rings is for grown-ups, surely the same can’t be said of the Narnia books? Unlike The Lord of the Rings, the seven books that comprise the Chronicles of Narnia were written specifically for children. Surely they are just for kids.

Not so, says anyone who sees the true value of fairy stories. Take G. K. Chesterton, for instance. Although he never had the pleasure of entering Narnia, having died before Narnia was born, we can be sure that he would have been one of its greatest champions. “[F]airy-tales are as normal as milk or bread,” Chesterton wrote.

Civilisation changes: but fairy-tales never change. Some of the details of the fairy-tale may seem odd to us; but its spirit is the spirit of folk-lore; and folk-lore is, in strict translation, the German for common sense. … The fairy-tale means extraordinary things as seen by ordinary people. The fairy-tale is full of mental health. … For all this fairy-tale business is simply the ancient and enduring system of human education. A seven-headed dragon is, perhaps, a very terrifying monster. But a child who has never heard about him is a much more terrifying monster than he is.⁵

Yes indeed! One thinks of that terrifying monster Eustace Clarence Scrubb at the beginning of The Voyage of the Dawn Treader, who is much more terrible as a child than he is when he is transformed into a dragon later in the story. 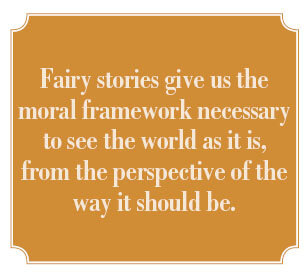 A few years later, Chesterton returned to the theme of fairy tales in the wonderful chapter, “The Ethics of Elfland,” in his book Orthodoxy, a chapter that would greatly influence both Tolkien and Lewis. “Fairyland is nothing but the sunny country of common sense,” he wrote. “It is not earth that judges heaven, but heaven that judges earth; so for me at least it was not earth that criticized elfland, but elfland that criticized the earth.”⁶ Chesterton is not saying, of course, that heaven and the things of heaven are mere fairy stories. (Heaven forbid!) He is saying that heaven and the things of heaven, specifically the God of heaven, preceded the things of earth. The heavenly things came first. Indeed the heavenly Being made the earthly beings. Since the supernatural precedes the natural, and the natural proceeds from the supernatural, it is obvious that the supernatural supersedes the natural. This is why heaven judges earth and why earth does not judge heaven. The value of fairy stories is, therefore, discovered in the way that they reflect this heavenly reality. They serve as a lens by which the heavenly can be seen on the earth, a lens by which the deepest and most important realities are grasped. They allow us to judge evil from the perspective of the good, and the imperfect from the perspective of perfection. This is why Tolkien insisted that fairy stories are “plainly not primarily concerned with possibility, but with desirability.”⁷ They show us what is from the perspective of what should be.

“I deal here,” Chesterton wrote, “with what ethic and philosophy come from being fed on fairy tales”:

If I were describing them in detail I could note many noble and healthy principles that arise from them. There is the chivalrous lesson of “Jack the Giant Killer”; that giants should be killed because they are gigantic. It is a manly mutiny against pride as such. … There is the lesson of “Cinderella,” which is the same as that of the Magnificat—exaltavit humiles [“he exalted the humble”]. There is the great lesson of “Beauty and the Beast”; that a thing must be loved before it is loveable. There is the terrible allegory of the “Sleeping Beauty,” which tells how the human creature was blessed with birthday gifts, yet cursed with death; and how death also may perhaps be softened to a sleep. But I am not concerned with any of the separate statutes of elfland, but with the whole spirit of its law, which I learnt before I could speak, and shall retain when I cannot write. I am concerned with a certain way of looking at life, which was created in me by the fairy tales, but has since been meekly ratified by the mere facts.⁸

In other words, and to reiterate, fairy stories give us the moral framework necessary to see the world as it is, in all its glorious heights and goriest depths, from the perspective of the way it should be. We learn to value the underdog and spurn the tyrant; we learn that small things need to be defended from the power of the mighty. We learn to love the poor and rejoice in the exaltation of the humble; we learn that the ugly, the disfigured, and the disabled should be loved and not rejected; we learn that even the power of death can be defeated. Such lessons are not merely valuable and desirable, they are priceless and necessary. We are more than merely impoverished if we don’t receive such gifts—we are dehumanized. We become less than we should be, less than we are meant to be. We become dragons who devour the innocent and lay waste to the world around us.