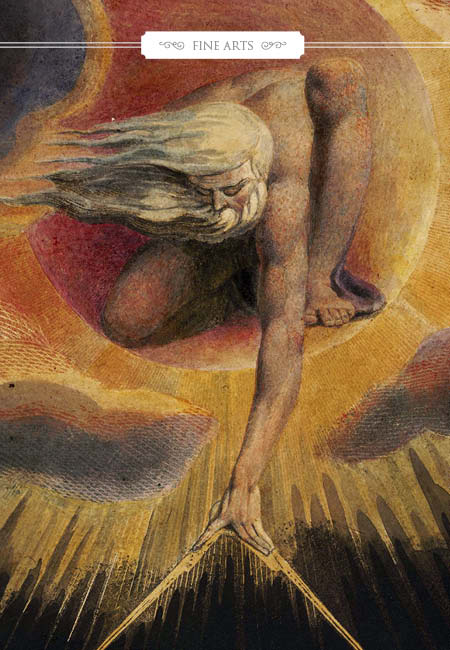 Pizzicato? Yes, what better way could Haydn have chosen to “ignite the divine light bulb” in his oratorio The Creation than to send a quiver of sound into the air through the pluck of a string?

The dominant composer of Viennese Classicism, Franz Joseph Haydn (1732-1809), knew well how to narrate a story in sound. He honed his compositional mastery across a long career that began with instrumental music, expanded into Italian (yes, Italian) operas, and climaxed in the unveiling of twelve symphonies commissioned for London where Haydn was heralded as an international superstar.

Yet he was not done! While in London for the triumphant premieres of those symphonies, Haydn experienced first-hand the fervor that English audiences accorded the works of George Frideric Handel—a German Baroque composer whose star continued to rise after his death in 1759. Invigorated by witnessing opulent performances of Handel’s oratorios, Haydn returned to Vienna to re-embrace the genre for himself.

Oratorio is a vocal-orchestral form that developed in Italy around 1600. While it conveys a plot, usually through specific characters, it is presented in concert form: without staging, costumes, or acting. Soon after its birth, oratorio found a special niche during penitential seasons like Lent—precisely the period when opera theaters were closed.

Haydn opens his The Creation with an orchestral prelude entitled “Chaos.” Enigmatic from its initial octave C’s, the listener is plunged into ambiguity (“Am I hearing major or minor harmonies?”). From the depths of the orchestra delicate arpeggios percolate up. Random melodic fragments suggest the unformed material God’s hand will use to fashion His creation.

The crowning touch of “Chaos” comes quietly at the end of the prelude. These final measures can be appreciated best by jumping sixty-one years ahead (something Haydn could not do) where we find the same suspenseful harmonies characterizing Richard Wagner’s opera Tristan und Isolde. Yet, here they are, preparing to launch God’s mighty work!

But let’s return to that famous pizzicato. After the chorus proclaims the scriptural command “and God said: ‘Let there be Light’” (followed by the notable pluck), the chorus whispers the words “and … there … was ….” A sliver of silence hangs in the air. 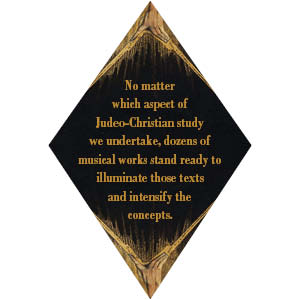 Boom!—the force of God’s “Light” explodes with a massive C-major chord thundered out by chorus, orchestra, and timpani! Few passages in Western music eclipse the thrilling power of these measures. In fact, they might knock you off a chair if you were to experience them the way I did in Durham, North Carolina, in the mid-1970s.

Seated in a metal folding chair in the front row of an auditorium, I had never heard Haydn’s The Creation. When the pizzicato sounded I was intrigued and leaned forward. The massive chord on the word “Light!” blasted the air. I jolted backwards. That jolt unbalanced me. The folding chair partly collapsed, trapping me in its grip. Horrified I would tumble onto the floor—chair and all—and ruin the performance, I kept myself suspended until the conclusion of the following number (“Now Vanish Before the Holy Beams”) and the burst of applause. Let’s just say I gained a visceral sense of how listeners of Haydn’s time might have reacted to his genius!

While musical encounters need not be so drastic, it is true that music imprints text and concepts in indelible ways. Music weaves avenues of understanding into minds and hearts. If the goal is to bring the Scriptures and Judeo-Christian history alive, then the musical masterpieces of our Western heritage stand as ready tools.

Appearing in 1798 on the cusp of the era we label Romantic, Haydn’s The Creation (Die Schöpfung) became the first purposely created bilingual libretto, penned by the Dutch-born Baron Gottfried van Swieten, an aristocrat favored at the court of Emperor Joseph II. Van Swieten took texts from Genesis and the Psalms, amplified them with text from Milton’s Paradise Lost, and added his own sentimental poetry.

Haydn and van Swieten supplemented the usual two-part structure of an oratorio with a third, freely created part wherein the bass and soprano (who initially sing the roles of the Archangels Raphael and Gabriel) now sing as Adam and Eve, painting a charming portrait of their ecstatic time together in the Garden of Eden.

Not surprisingly, considering the subject, Haydn’s The Creation abounds in brilliant text painting. Text painting refers to the way a composer conveys concrete feelings, images, and actions by use of melody, harmony, rhythm, orchestral color, and thickness or thinness of musical lines. Text painting is an old device, appearing as early as medieval times, but flourishing in the Renaissance when composers loved to craft melodic lines to evoke, for example, the twitter of birds, the clatter of rain, or the drooping of a spurned lover’s spirits.

By the eighteenth century, text painting had developed a standardized vocabulary as composers, generally versed in Latin and the principles of Baroque rhetoric, transferred that training into musical sound. To intensify the imagery in his The Creation, Haydn placed some descriptive music before the actual voicing of the words. Thus, in “Straight Opening Her Fertile Womb” (Recitative No. 21), an exuberant, short scale leaps up and lands with a thump before Raphael sings “Cheerful, roaring, stands the tawny lion.” String tremolos precede the “whirl” of insects’ wings. And, in one of the cleverest moments imaginable, a slinky bass line “creeps” languorously down to paint the “sinuous trace” of the worm.

Of course, Haydn’s The Creation offers but one possibility for illuminating the Scriptures through music. Within Haydn’s own works, we also find his meditative expression called The Seven Last Words of Christ, composed first for orchestra and then arranged by the composer into a string quartet as well as a vocal-choral setting. Another oratorio from the same period, ideal for older students, would be Ludwig van Beethoven’s Christ on the Mount of Olives, which focuses on Christ’s night of prayer in the Garden of Gethsemane.

Looking back to Handel, Messiah may be the best known of his oratorios, but the dramatic Saul and Israel in Egypt portray the biblical texts more effectively and are likely to speak powerfully to students.

Oratorios from the Romantic period are particularly intriguing, including Felix Mendelssohn’s luscious (and massive) Elijah and Franz Liszt’s sumptuous Christus. Composers in the twentieth century expanded the range of literary texts used in oratorios. One of the finest examples would be an exalted work composed in 1900 by Sir Edward Elgar (of Pomp and Circumstance fame) entitled The Dream of Gerontius, which is based on a powerful poem by Cardinal John Henry Newman.

No matter which aspect of Judeo-Christian study we undertake, dozens of musical works stand ready to illuminate those texts and intensify the concepts. The trick is not to be overwhelmed by the riches of the Western musical canon. As an opening strategy, choose a handful of numbers from a given work (one aria, a duet or trio, one chorus); it is better to savor a bite than to gape dizzily at a banquet table. And should your journey begin with Haydn’s The Creation, you will be well rewarded!