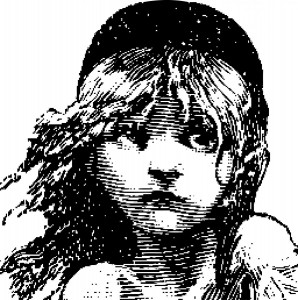 Sometimes our study of literature resembles a kind of clinical laboratory lesson. We encircle the text in our white coats, ready to dissect the story like a dead animal.

Or, if this sounds too invasive or scientific, then we analyze the text in order to extract the “Elements of Literature” (the title of a recent big-press high school English textbook)—to know the work by studying its parts. Or perhaps we analyze simply to have a meaningful artistic engagement with the text.

All of these, though, fall short of what our true purpose and intent should be when reading a Great Work. But ironically, this very purpose may be the most overlooked.

What we are missing in our modern study of literature is a conscious effort to uncover the soul of the work, the essence from which it derives its being—a fundamental, ontological reality that I have named the Central One Idea. Searching for and determining the Central One Idea profoundly shapes our interaction with the work and the trajectory of our study. There are six reasons why this is so.

First, we honor the work. Just as we notice an innate hierarchy in the natural world, in societies, organizations, and families, we insist that a kind of hierarchy exists in the work as well: There is one idea at the heart of the story; one idea burning as the sun in its solar system, with many planets (literary elements) in rotation around it. This idea gives the work its ultimate meaning and its greatest expression. In this idea, the other elements find their raison d’être.

Second, I often ask my students, “What’s in a title?”—to which they reply, “Everything.” Then I ask, “What’s in a name?” and they promptly reply, “Everything.” I repeatedly ask this not only because repetition is the mother of learning, but also because I do not want them to miss what is right in front of them: The title of a work often hints at, points toward, or outright expresses the Central One Idea.

I chose the name Central One Idea carefully so that its nature and purpose would be inherent: It is central; it is one; and it is an idea. In other words, it is at the center of the work; it is singular; and it is a complete idea, that is, a proposition with a subject and a predicate, not just a subject.

Third, when we consider the essay, the dissertation, or any non-fiction work, we insist that it must have a thesis. For the thesis is everything to that particular work—so much so that, ontologically, the work derives its being from its thesis. And the title usually encapsulates the thesis. Take, for example, the academic bestseller some years ago: Guns, Germs, and Steel: The Fates of Human Societies. Here Jared Diamond argues that the varied developments of human societies on different continents is the result of environmental determinism—geography, population, and agriculture. And more specifically, that Eurasian technological and economic rise and dominance stemmed from their superior weapons (guns), their diseases which weakened indigenous populations (germs), and their centralized government which fostered powerful military organizations (steel). One can almost read the title, absorb the thesis, and devote 500 pages to something else, say Hugo’s Les Misérables.

Is a novel, poem, or play really any different than a work of non-fiction? Does not fiction express a thesis just as non-fiction? I believe it does. If not explicitly, then implicitly—for it must express something, and that something is the Central One Idea. As well, that essential idea is that which compels the author to put pen to paper, or the artist to put brush to canvas. The novel, poem, or painting is simply (and profoundly) the artistic medium or rendering of the idea.

So what, then, does a Central One Idea look like? In Charles Dickens’ Hard Times, the owner of a school instructs his students in “nothing but facts” and finally realizes that his program ruins the humanity of his students. The Central One Idea: Life should be lived with imagination rather than by an overemphasis on logic and cold facts. (Yes, this could be said another way; and yes, another could be argued for, but I’ll get to this in point five.)

Fourth, reading for the Central One Idea moves our methodology back toward the classical and medieval, toward what C. S. Lewis called the discarded image. In previous ages, the idea and truth had a kind of unity and primacy that is lost in modernity. I think here of Plato and his forms, Aristotle and his organized classification of reality, Dante in his fixed and ordered cosmology. The moderns prefer fragmentation, subjectivism, and deconstruction of both the idea and truth. More comfortable with truth shattered into shards, this age insists that reality is broken and disconnected, not whole and unified.

Approaching a work of literature with this broken and distant framework means students are uncomfortable asserting any one truth about a story, too afraid to insist: This is the fundamental idea that drives this novel. They’d rather point out various elements in the work or express how the novel makes them feel. As well, they may focus undue attention on a character they like or dislike based on whether the character behaves in a way acceptable to contemporary (politically correct) standards.

Fifth, determining the Central One Idea engenders logical thought and rhetorical speech. It demands close reading and analysis, supporting evidence and proof; it generates critical discussion and rhetorical writing. The nous (in patristic thought, the eye of the heart) of a work is not always easy to find. Sometimes it is everywhere present but cannot be directly seen. Sometimes it has to be wrestled for in the midst of competing ideas. Sometimes it seems too obvious and simple. But nonetheless, this methodology requires the student to stake a claim for one central idea, which he or she then must defend with evidence from the text, the study guide, scholarly sources, or his or her own logic. And this stimulates fruitful class discussion and debate, and leads directly to the essay and composition.

Finally, reading for the Central One Idea is the essential way to study literature because it is an act of discovery. Since we desire by nature to know, we experience joy when we discover new things and complete gaps in logical sequences. We seek so that we may find. The joy of learning springs from the Elysian fount of discovery. May our search for and insistence upon the Central One Idea become the logos of our study of the Great Works, and let us find there wisdom and virtue.