From the publisher:  In this latest installment of the Cat in the Hat’s Learning Library, the Cat takes Sally and Nick to Africa—where they meet some really big cats—and all sorts of other animals, too, including elephants, zebra, giraffe, hippos, warthogs, buffalo, baboons, side-striped jackals, spotted hyena, galagos, pythons, vipers, and six kinds of antelope! Young readers will learn how animals are either predators or prey, that elephants tend to favor one tusk over the other, how to tell the difference between a white and black rhino (both of which are grey!), that lion cubs are born covered with spots that soon disapear, and much, much more! Fans of the new PBS preschool science show The Cat in the Hat Knows a Lot About That! (which is based on The Cat in the Hat’s Learning Library) won’t want to miss this wild new addition to the series!

Be the first to review “Safari, So Good!” Cancel reply 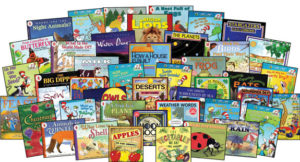