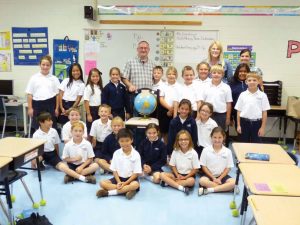 If you were looking for the oldest parochial school in Tennessee, you would find it in Jackson, where St. Mary’s School has been operating for over 100 years. Having done it that long, the school can claim to know a thing or two about how to educate children in an atmosphere of faith.

The school was originally established in 1878 in downtown Jackson, and in 1900 its administration was taken over by the Dominican Sisters of the St. Cecilia Congregation in Nashville. In 1960, the school merged with St. Joseph, its companion school run by the Josephite fathers which had served African American children since 1919, and in 1970 moved to its current facility, where it currently serves children from preschool to 8th grade.

Its mission statement, inspired by Christ’s words, “I came that they may have life and have it to the full,” describes the school well: St. Mary’s Catholic School dedicates itself to the education of the whole child—spiritually, intellectually, emotionally, and physically—in a nurturing environment permeated by a Christ-centered atmosphere. Being fully aware of moral challenges posed by our culture, students are directed toward an unending pursuit of God in all that is true, good, and beautiful. 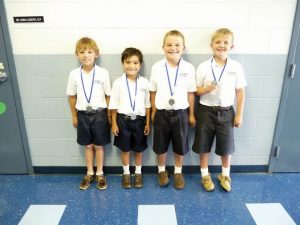 The school’s historical connection with the Dominican Sisters of St. Cecilia continues today with a new generation of sisters from this growing and increasingly influential order. In recent years, the Dominican Sisters have become a sought-after resource. Every year, Catholic schools across the country, attracted by the order’s brand of traditional Catholic teaching and spiritual emphasis, request assistance from the order. Unfortunately, although their membership is growing dramatically, the order can only accommodate a limited number of requests.

With a few modifications to account for its distinctively Catholic character, St. Mary’s uses Memoria Press’ Classical Core Curriculum. With its placement of Latin grammar at the center of the language arts and its stress on fundamental skills in math, the curriculum fits in well with the school’s emphasis on traditional education. 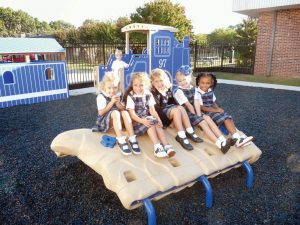