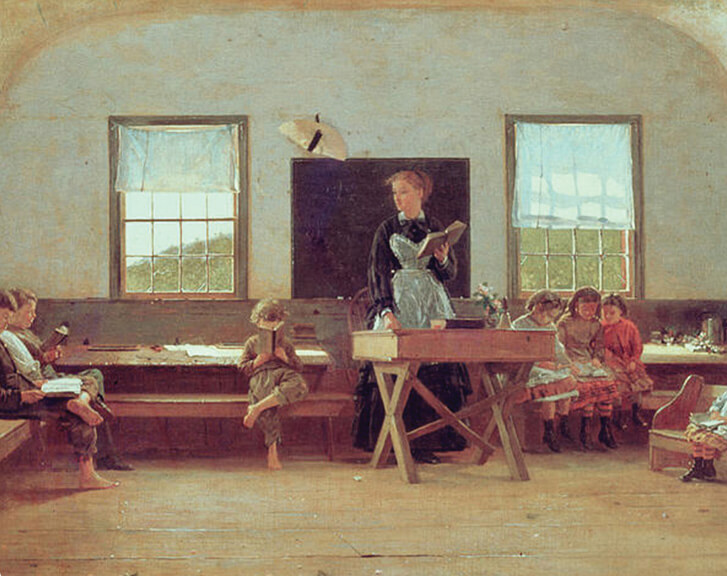 In 1990, the Kentucky Legislature passed the most sweeping school reform legislation ever attempted by a state. Along with a massive tax increase (don’t you just love those?), the measure promised to shake up the state’s education system and, presumably, improve it. Several years into the reform effort, there was no question about things being shaken up: The question was whether the reforms were actually improving things.

The 1990s version of permissivism was labeled “outcomes-based education.” Like the previous spasms of educational nonsense—the look/say reading method, the New Math, unstructured classrooms—reformers attempted to undermine the traditional instructional practices that were once fixtures in schools. Phonics was thrown out in favor of the word-guessing methodology of “whole language,” and drill and practice in mathematics was replaced by the newest version of the New Math.

At the time, I worked as a communications and legislative relations director for a state-level policy foundation. I wrote a Sunday article for the state’s second largest newspaper in which I argued that the reforms then being put in place were not the “back to basics” approach that most parents wanted, but were rather a “back away from basics” approach formulated in the ivory towers of our education colleges.

You would have thought I had called for a return to the Dark Ages.

In the next Sunday’s paper, two pages were devoted to a condemnation of me and all my works by various members of the educational establishment. For the next five or six years, I became the de facto leader of an army of rebellion which included teachers and parents who were up in arms about the abandonment of basic skills and academic rigor in favor of trendy fads and gimmicks they knew wouldn’t work.

One of the chief targets of the reformers was grammar.

One of the things teachers were told in professional development sessions around the state was that they were not to teach formal grammar. They were to encourage the creativity of their students; correcting their mistakes would harm their self-esteem and prevent them from expressing themselves. Even with the youngest children, teachers were only to encourage, but never correct them.

My first-grade son came home one day with a writing assignment in which he was to draw a picture and write a sentence at the bottom of the page about what he had drawn. He drew a picture of a bull, and wrote, “I leik buls.” The teacher’s comment read, “I love your best guess spelling.”

Oh, brave new world, that has such people in it.

To this day, if you talk to teachers in elementary schools—schools that, ironically, were once called “grammar” schools—they will express their fear of correcting their students’ grammar.

Kentucky’s case is far from unique: The war against grammar is nationwide. Almost every major professional organization having anything to do with the teaching of English opposes the teaching of formal grammar. As David Mulroy points out in the feature article in this issue, the National Council of Teachers of English states in its official documents that the teaching of grammar has “a negligible … even a harmful effect on the improvement of writing.”

Such eccentricities are a caprice of our education establishment and ill serve the children they purport to help.