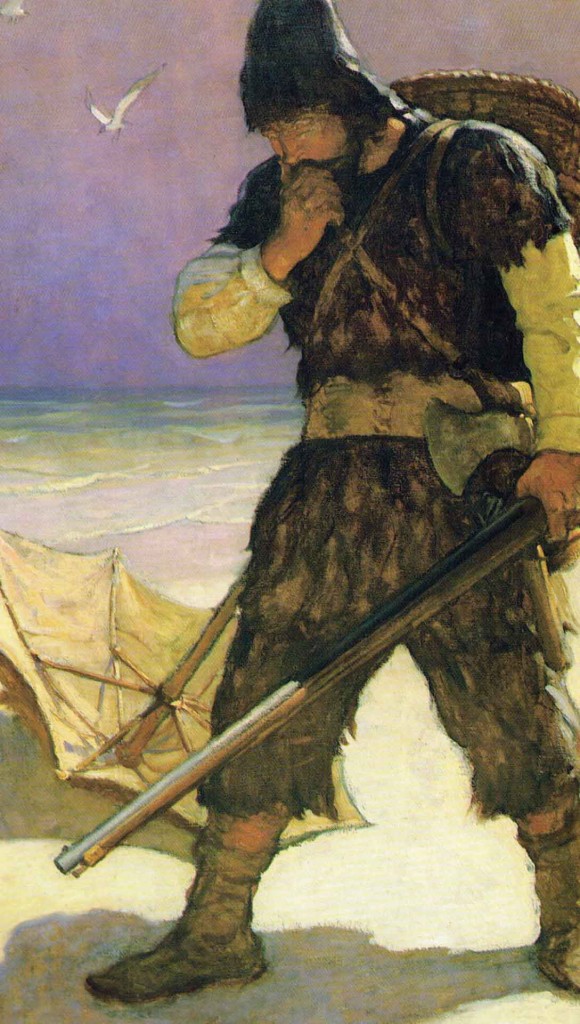 When Robinson Crusoe finds himself marooned on a desert island, he is left with few of the necessities of life. What he needs is on the wreck, and he returns to it several times to salvage the provisions. He builds a raft and brings back food, tools, clothes, and fresh water. It is from the ship that he gets cheese, rice, and goats’ meat. His gun, his axe, and his saw he also takes from the ship.

But as the waves continue to pound the body of the wreck, the ship is soon claimed by the sea, and everything else is lost. Crusoe watches it sadly from the shore and returns to his hut.

As classical educators, we are in much the same position. The old system of classical education, which was originally devised in ancient Greece, was reborn in Christian form in the Middle Ages; it provided the foundation for the thinking of the American founding fathers, encountered bad cultural weather in the late 19th century, and foundered on the rocks of educational permissivism in the early 20th century. Some people obviously thought this was just as well. The histories of American education tell the tale of the pounding of the educational waves against the liberal arts and the study of the classical languages. The tides of progressivism and pragmatism—the modern educational philosophies that see the purpose of education as alternatively political and utilitarian—have taken their toll.

Latin and Greek were nearly purged from schools, and, eventually, the integrity of the academic disciplines themselves were compromised. But while these forces battered the education wreck, many of us have returned repeatedly to it to salvage what was worth the taking. We too, like Crusoe on his island, have managed to reconstruct a semblance of what was threatened with loss.

In the permissivist mutiny that preceded the catastrophe, our educational establishment worked to discard our classical and Christian heritage, throwing it overboard to make room for a host of non-academic pursuits. It was thought this would right the ship, but it only made it less seaworthy.

As Jacques Barzun has put it, “[I]nstead of aiming to develop native intelligence and give it good techniques in the basic arts of man, we professed to make ideal citizens, supertolerant neighbors, agents of world peace, and happy family folk, at once sexually adept and flawless drivers of cars.”

The original classical subjects were also displaced by a host of education fads and gimmicks, the list of which reads like a litany of failed political and psychological experiments.

study of the classical cultures of Athens, Rome, and Jerusalem; and a structured, systematic attention to math and the sciences.

We put our raft to sea daily, salvaging more and more things from the wreck so that, if it is ever completely destroyed by the forces of educational dissolution, we will have rebuilt the institutions that will preserve it for posterity.

The only thing we don’t have is a parrot. But we’re working on it.