The Princess and the Goblin, Second Edition

George MacDonald’s classic fantasy story is a simple one at its center: the enduring struggle between light and dark, the seen and the unseen. The Princess and the Goblin was one of the earliest books of the modern Western fantasy genre, a new blend of fairy tale, folklore, and magic. Tolkien and Lewis both cite MacDonald’s book as a significant influence on their own later works.

The curious and restless young Princess Irene lives in a vast castle on the side of a mountain. Far below, in the dark and winding places underneath, lives a kingdom of goblins. Grotesque but cunning, they are discontent and mischievous; they delight in tormenting their neighbors above. They are eager for vengeance on the world of men that cast them out long ago, and Irene gets caught up in their plans after a chance encounter one night. To save her kingdom she must rely on the help of the mysterious silver-haired lady she meets in a castle tower, as well as the brave and clever Curdie, a miner-boy with a talent for rhyme and song. This unabridged edition includes original 1920 illustrations by Jessie Willcox Smith.

This MP published version of The Princess & the Goblin features the full text of the novel and illustrations by Jessie Willcox Smith.

Be the first to review “The Princess and the Goblin, Second Edition” Cancel reply 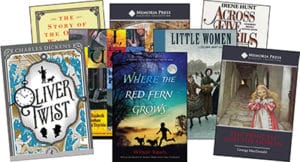