Liberty: How the Revolutionary War Began

From the publisher:  The American colonists were fed up with British law. They refused to buy English goods. They formed a militia of tradesmen and farmers ready to fight at a moment’s notice. Most importantly, they joined together. All 13 colonies sent representatives to decide whether they should form a new country. That group wrote the Declaration of Independence, the document that summed up a revolution.

Be the first to review “Liberty: How the Revolutionary War Began” Cancel reply 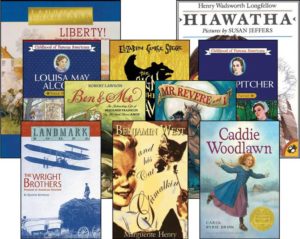