Jake Weidmann is a professional artist and certified Master Penman living in Denver, Colorado. He received his Master Penman certificate through The International Association of Master Penmen, Engrossers and Teachers of Handwriting (IAMPETH) in July of 2011. He works across numerous mediums in art and calligraphy, and he is most well known for his use of traditional calligraphic flourishing and hand lettering in the context of his art. He is married to the love of his life, Hannah, co-laborer in all things and a talented writer. To see his TEDx Talk on the benefits of cursive, visit https://tedxinnovations.ted.com/tag/jake-weidmann/.

Where did your love for penmanship come from?

My love for penmanship began at an early age. My mother always had beautiful handwriting, and I remember getting notes in my lunchbox in her cursive hand. I loved it.
Once I began identifying myself as an artist (still at a young age), I was convicted that if I was going to create beautiful things, my handwriting must be a thing of beauty as well. I’ve worked on it ever since. 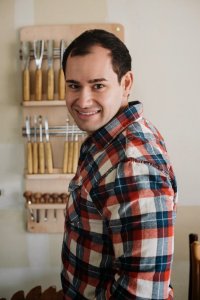 What does it require to become a “Master Penman”?

It took me five years to become a Master Penman, which was unheard of until that time. It usually requires significantly more years of dedicated practice and perfecting. But I count the several years through my childhood and even into my college years as part of my foundation. I’m almost entirely self-taught. As part of the final stages of my training and practice, I was mentored by the calligrapher of the White House at the time. I worked remotely from my studio in Denver and sent in my work to him to be reviewed, and later, I would send it to the ten pre-existing Masters to be critiqued. It was intimidating, to say the least.

What do you feel when you are creating with a pen? Are you always trying to improve your handwriting? You are obviously an exceptional artist and extend your penmanship to the level of art. How can people without your level of skill or natural talent become good penmen?

Each time I have a pen in hand, I approach it with the utmost care and intentionality. It’s important to stay humble and focus on the task at hand. I practice often and stay diligent to do so. I still have a lot to learn.

As a student, did you always have lovely writing? Did your teachers insist on beautiful penmanship?

Because I had worked on my handwriting from a young age, by the time I was a college student, my handwriting had become partially how I was identified among peers and professors. I had one professor who kept a handwritten essay I had done and hung it on the wall of his office. I was usually the last one to finish these kinds of essays because I was so meticulous about my penmanship. I had peers compliment me and even had a classmate ask me to write her wedding invitation. That was the first time I was commissioned for my penmanship. I knew I wanted to make the invitations look even more beautiful than I could do in my regular hand, so I researched handwriting as an art form and came upon calligraphy and the organization IAMPETH, from which I would later receive my Master Penman certification. The first time I saw a video of Master Penman John DeCollibus (who is now a very close and respected friend) writing in calligraphy, it was like ballet on paper. I was in love. I knew then that I wanted to pursue the art of calligraphy.

Why is the pen an important part of human history?

The pen acts as a baton mankind has passed from one generation to the next, recording history and building upon it. It acts as the Richter scale of our hearts, capturing our emotions and thoughts. The pen is critical to keeping us in touch not only with ourselves, but also with others in an intimate and tangible way.

Why is penmanship important to a modern student? What has happened to it in our time? What benefits come from teaching children to write in cursive?

In a world that prioritizes typing skills, it is important that modern students do not lose their penmanship skills. Penmanship has certainly taken a backseat in today’s educational system (at least 41 states do not require public schools to teach cursive handwriting), and unless parents take the time to teach their children, they won’t learn it. It’s a scary thought that our young people would not be able to read our country’s historical documents.

It’s important for everyone to be diligent in practicing his or her handwriting, not just as students. If you’ve listened to my TEDx Talk on “The Importance of Penmanship in the 21st Century,” I discuss the psychological research that proves how integral handwriting is to memory retention and cognitive function, especially for young students just learning to read.

With that being said, young or old, it’s never too late to practice. 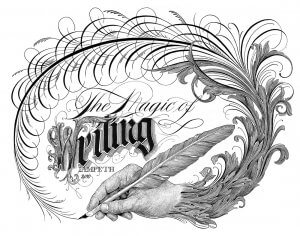 Are computer technology and penmanship naturally opposed to each other?

Most people think that because I’m an advocate for penmanship that I’m “old school” and that I believe technology is evil. I laugh at the idea. Handwriting and technology shouldn’t be put in opposing corners. In fact, much of the research that shows us the benefits of handwriting is supported by great feats of technology. Because we live in a tech-savvy world, I believe that children should learn typing skills, but not at the expense of handwriting.