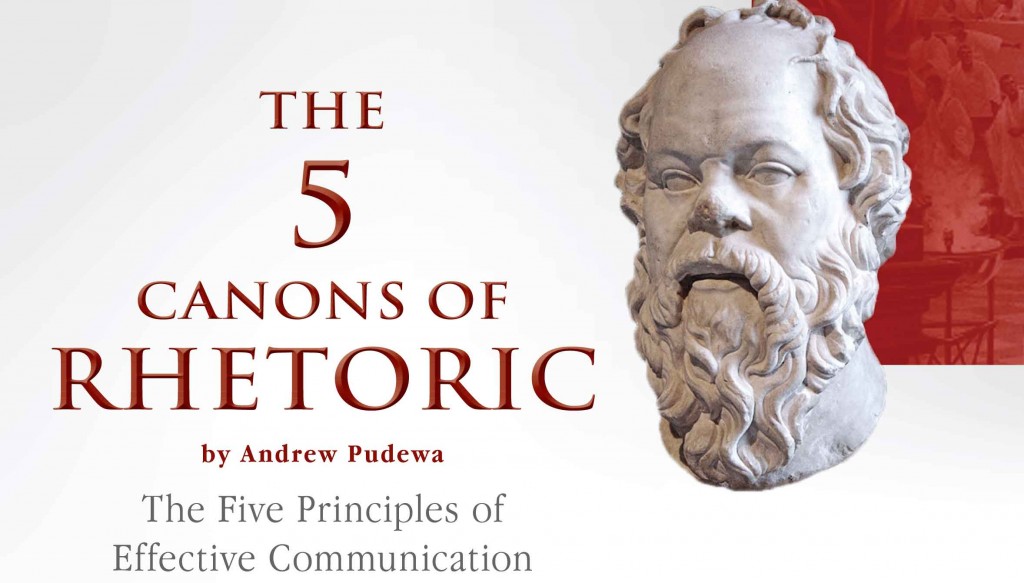 Rhetoric. To most modern minds, the word smacks of cunning—the empty polemic or self-aggrandizement of a political figure, or perhaps the crafty prose of a present-day sophist selling overpriced or unnecessary products to the unlearned. To those who have delved a bit into classical education, rhetoric is the third liberal art, the top of the trivium, the noble art of persuasion, a skill in the tradition of Plato and Paul, Cicero and Augustine, which since ancient times has been practiced and applied for noble (as well as ignoble) purposes. For those of us who are rashly attempting to recapture the liberal arts tradition and teach what we never learned, the idea of rhetoric can be frightening—especially if one opens up Aristotle’s book on the subject.

In her seminal paper, “The Lost Tools of Learning,” delivered at Oxford in 1947, Dorothy Sayers contemplates the tragic loss of the teaching of the trivium, and goes on to note that the disciplines of grammar, logic, and rhetoric may correspond to the natural stages of child development, which she labels “poll-parrot, pert, and poetic.” Her argument makes sense; when children are young, they can memorize easily (“poll-parrot”), so give them lots of memorization, even including Latin grammar paradigms; when children are a bit older and inevitably begin to argue (“pert”), teach them logic so they can argue well; and when teenage students have enough knowledge and skill, they will wax creative (“poetic”), so we should cultivate eloquence—how to recognize and understand beautiful language as well as how to write and speak skillfully.

We must, however, be careful not to adhere too strictly to this “stages of development” approach, lest analytical grammar become a bane to the elementary school student, logic without meaningful application become a tedious exercise to the middle school student, rhetoric become the exclusive domain of the high school student. In my experience, the skills of the trivium can be learned and refined throughout one’s life and in parallel. I learn more grammar every week teaching Latin; I continue to study and understand more about logic and its applications, and I seem to be constantly reading and writing, teaching and persuading, honing my modicum of rhetorical skill. I am in all stages all the time. Additionally, by holding to the Sayers stages model, we may somehow think that we should 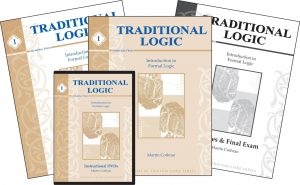 delay teaching rhetoric to students until they are older. But we can begin teaching the fundamentals of rhetoric at an early age, and thus we see coming to the rescue the Five Canons of Rhetoric.

The word “canon” is most commonly used in music to describe a piece in which a melody is introduced in different parts successively, or in an expression like “the canon of literature”: a collection of books which comprise a set such as Scripture or the Great Books. A simpler definition is “a general rule, law, or principle.” The Five Canons of Rhetoric give us five general principles, or divisions, which, when we come to understand and apply them, will make our communication more effective. These principles are commonly labeled: Invention, Arrangement, Elocution, Memory, and Delivery.

Invention is the process of coming up with what to say. Its root is the Latin word invenio, meaning “to find or discover.” In order to write something, we must have something to write about. We have all experienced the pain of the blank-page-blank-brain problem. Often teachers will hear students say, “I can’t think of anything! I don’t know what to write!” And unfortunately, this can stop the writing process before it begins, as well as cause students to hate writing. However, in the ancient rhetoric exercises known as the progymnasmata, the first task was not to “think of something to say” but to “retell a fable.” Imitation is vital to the learning of a skill, so why not start by retelling good stories? Thus students are free to begin without the perceived burden of having to “make up” something original. The relationship between the words shows a truth of creativity—to invent something, you have to have some stuff to begin with. Only God produces something from nothing; the rest of us are kind of stuck with what we’ve got. So when teaching writing, begin by providing stories, facts, and ideas, letting students play with them, retelling and representing. In doing so, they will discover the amazing power of combination and permutation. Very soon they will find new thoughts, similar but different from what was provided them. Invention becomes more natural.

At some point, we expect students to invent on their own. This requires another type of thinking which is, at its most basic level, getting stuff out of one’s mind. One sad fact we all must face is that we can’t get something out of a mind that isn’t in there to begin with. We can’t use words we don’t know. We can’t articulate concepts we don’t understand. We can’t think a thought we’re incapable of thinking. Which is why Memory (see below) is the foundation of all. Fortunately, however, we can develop the ability to find what we do know, and that is the result of asking ourselves questions. Often I will ask a room full of students, “How do you think? How is it done? How do you get stuff out of your brain?” Few can articulate an answer of any substance. Once, however, a boy of around thirteen hit it spot-on, responding, “Well, you kind of have a conversation with yourself.” And how do you start a conversation? With a question. So we work to train our students to ask increasingly challenging questions.

Arrangement is fairly simple, but it is often despised by modernists. Things like story sequence, paragraph structure, and a five-paragraph essay may be considered formulaic or oversimplified, but they are ideal for helping young children see that in writing and speaking, the ordering and framing of ideas can make the difference between something pleasant and enjoyable to read and something haphazard and confusing. Even young children can be taught to write stories wherein the first part describes the characters and setting, the second part describes the conflict or problem, and the third provides the climax and resolution to the problem. In learning expository writing, young students can learn a rule that a paragraph must have a topic sentence and a clincher (ending) sentence that repeat or reflect two or three key words—a simple but effective way to help children write in a more focused and cohesive way. A simple essay format teaches essential organizational skills: Divide your subject into three topics, collect details about each topic, and frame those three topical paragraphs with an introduction which enumerates and a conclusion which recapitulates those topics. In practicing these simple fundamentals of arrangement, young students gain competence and confidence. 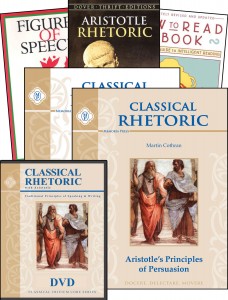 Elocution basically means the way something is said. The vocabulary, sentence structure, and expressions used will affect the reader’s perception of the ideas. Again, Memory (see below) is critical because the power of expressive language will be a function of the great database of language in the brain. However, we can promote greater facility by using imitation and exercise. Rubrics or checklists can stretch students to use words in ways they might not naturally use them, and by the requirement to include such things as an adjective clause, a participle opener, or a simile, students will be challenged to use words, expressions, and devices beyond their everyday habits. Of course any checklist should start small and grow slowly so that the challenge is not overwhelming, and the teacher should give as much help as needed, offering suggestions for appropriate words, rephrasing awkward clauses, demonstrating devices again and again. Practicing with a simple “style checklist” will effectively strengthen elocution skills in younger students.

Memory, of course, is where it all begins and ends. If, as was most often done in ancient times, one’s rhetoric was spoken rather than written, it was critical that such speeches be well memorized and practiced for a powerful delivery. However, the function of memory as a component of rhetoric goes far beyond just memorizing a speech. The modern educationists who condemn memorization as useless, boring, rote, tedious, and harmful to children, fail to notice that if we hadn’t memorized anything, we wouldn’t know anything. And yet children are wired for memorization; if you don’t give them beautiful language to learn, they will memorize the garbage of pop culture. Historically, young children were responsible for memorizing huge chunks of Scripture, poetry, excerpts from famous
speeches. The ancients called memory “the furnishing of the mind.” One may have a million-dollar mansion, but without beautiful and useful furniture, it is somewhat useless. Likewise, one may have a humble house, but when furnished well with comfort and elegance, it can be the best of homes. It is the same with our minds. The language and vocabulary, sentence patterns and syntax, imaginative schemes and tropes that we store in our mind through memory—both informal through casual exposure and formal through repetition—are the stuff from which all our thinking and writing and speaking becomes possible. Therefore, above all, provide your students with the opportunity (and accountability!) to memorize all the good and beautiful language they can. Memory, as St. Basil said, is “the cabinet of the imagination, the treasury of reason, the registry of conscience, and the council chamber of thought.”

Delivery pertains to the mechanics presenting the created speech or composition. If speaking, then memory and preparation play a large part in a student’s confidence and mastery, and such things as vocal modulation, projection, eye contact, and gestures can be practiced and executed. It has been said that “drama is the capstone of rhetoric” for this very reason—that the final polish can make the good speech better and the better speech superb. Young children can begin practicing delivery even before they learn to write a speech, by memorizing and reciting short poems and then longer ones, speeches from plays and from history. Not only will it aid in furnishing their minds, the repeated experience of public recitation will boost their confidence.

Thus, rhetoric is not the evil sophists’ science, nor the liberal art to be reserved for the upper school. By understanding the Five Canons, we can see how each of these fundamental components can be cultivated in younger students, who will thereby be blessed with a lifelong aptitude for effective writing and speaking—hopefully communicating the truth winsomely and persuasively in a world that so desperately needs it.