Material Logic can be used as either a one-semester or a one-year course.

The principles of material logic, an important part of trivium language study, are now almost forgotten—a casualty of the almost exclusive modern secular emphasis on math and sciences. Formal logic was once termed minor (or lesser) logic, while material logic usually went by the name of major (or greater) logic—a measure of how important classical thinkers considered them.

There is a huge gap between formal logic courses and so-called “thinking skills” courses. Formal logic focuses exclusively on the systematic study of the structure of reasoning. That is important, but it hardly covers all you need to know to reason effectively. “Thinking skills” courses, on the other hand, tend to suffer from a highly nonsystematic topic-hopping approach, where the student is unable to see how one principle connects with another.

With the publication of Material Logic: A Course in How to Think, these ancient techniques are a lost art no more. Whether you want a follow-on course to Memoria Press’ popular Traditional Logic program, or simply an introductory thinking skills course for high school grades, this new addition to Memoria Press’ widely acclaimed Classical Trivium Core Series is a valuable tool in teaching your student to think.

Our monks wanted to call the program “Concerning the 10 Categories, the Five Predicables, the Four Causes, and the Five Elements of Classification and Their Use in the Art of Thinking”—in Latin! But we convinced them that a simpler title would get the message across just fine. And by the way, their words for it were: “Logica summa est,” which roughly translates: “It’s just tops!”

Material Logic, like all of Memoria Press’ programs, is designed to ease the job of the teacher or parent—with straightforward explanations, an easy-to-read text layout, and digestible daily exercise sets. 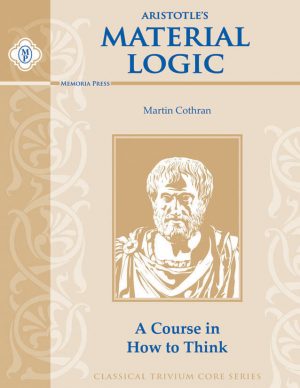 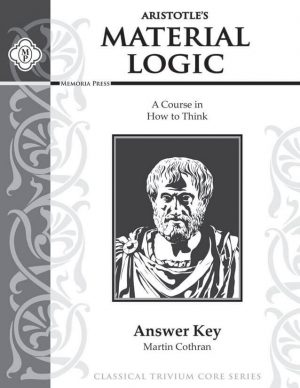 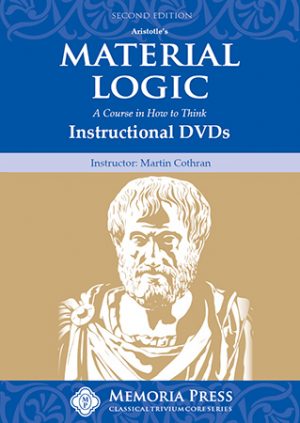 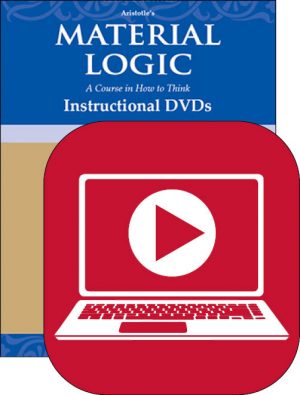