The Thesis and Law Stages hone reasoning skills through the introduction of counterpoint and resolution, providing the students with a plethora of opportunities to create arguments (Invention) using the Heads of Purpose, and to demonstrate them using the Heads of Development. Student capabilities include: 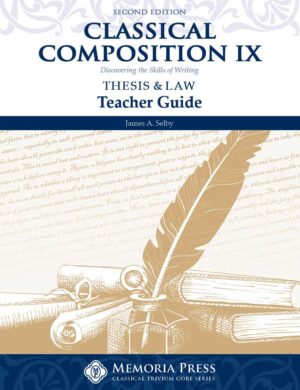