The Empty Pot by Demi teaches the importance of honesty through the story of a young boy named Ping who loved flowers. He was also very good at growing flowers! The aged Emperor also loved flowers. When the Emperor decided to choose an heir to succeed him, he called all the children in the kingdom to come to his palace and receive a flower seed. The Emperor declares that the one who shows him their best in a year will become the Emperor after him. Ping gets a seed and plants it like all the other children. No matter what he tries or how diligently he tends his seed, it simply will not grow. When spring comes, Ping is ashamed that he has to present an empty pot to the Emperor when all the other children have beautiful flowers. The exquisite art and simple prose of The Empty Pot reveal the surprising way in which Ping’s failure actually becomes a magnificent triumph and illustrate the beauty and nobility of honesty.

The Empty Pot is a classic children’s book beautifully illustrated by Demi. It is included in our Junior Kindergarten Read-Aloud Set.

Be the first to review “The Empty Pot” Cancel reply 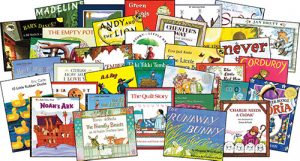 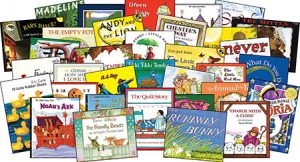