Thus begins the preface to Charles and Mary Lamb’s classic work, which seeks to prepare readers for the Bard of Avon’s plays. In these pages children will encounter some of Shakespeare’s most famous works, such as Hamlet and Macbeth, alongside lesser-known but equally worthwhile plays such as Cymbeline and Timon of Athens. By familiarizing themselves with the storylines and characters, young students will form a foundation that will later help them venture into the complexities and rich language of Shakespeare’s originals.

Be the first to review “Tales From Shakespeare” Cancel reply 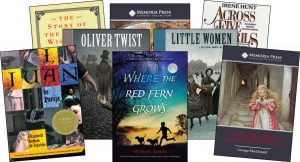