Did you ever wish you didn’t have to sort through all the thousands of poems that have been written over the years to find the best of the best? Cheryl Lowe has done the work for you in these anthologies, including three volumes of British poetry and one volume of American poetry and short stories from the 19th-20th Centuries. These anthologies will be great supplement to your student’s literature studies in these time periods.

The British Tradition I: Poetry, Prose, & Drama from the Old English & Medieval Periods is the first anthology in our British Tradition series. It features poetry from the Anglo-Saxon Invasion to the Tudor Accession (449-1485). The works included in this anthology introduce students to a variety of poetic styles including epic, elegy, riddle, history, lyric, dream, allegory, and ballads. Through the exploration of these poems students will come to a deeper understanding of the literature of the warrior, the priest, the medieval church, and the common people.

The British Tradition I: Poetry, Prose, & Drama from the Old English & Medieval Periods, Second Edition covers works from the Anglo-Saxon Invasion to the Tudor Accession (449-1485). The anthology contains introductory readings that provide background information and historical context for the works as well as short introductions for each poem and the text of the works themselves.

Be the first to review “The British Tradition I: Poetry, Prose, & Drama from the Old English & Medieval Periods, Second Edition” Cancel reply 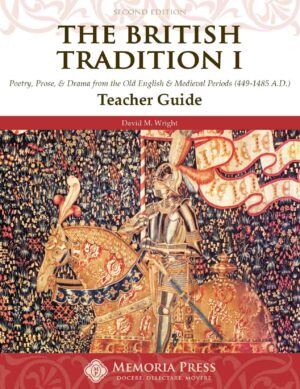 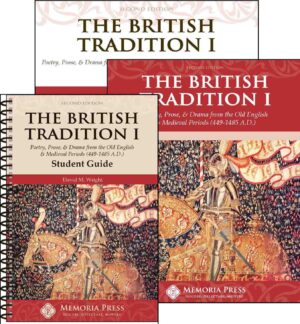 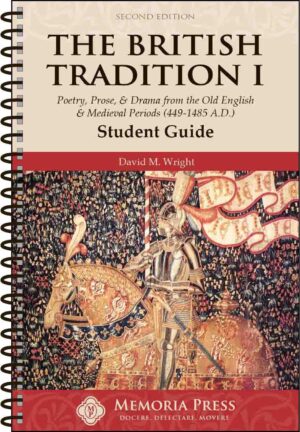