Euripides further developed the tragedy, instituting the deus ex machina, a prologue with a background, and greater realism. His heroes are less resolute and more psychological, fraught with internal conflict. Here is the revenge of Medea and Hecabe, and the exciting adventures of Heracles in the Underworld.

“Your words are gentle; but my blood runs cold to think / What plots you may be nursing deep within your heart”

The four tragedies collected in this volume all focus on a central character, once powerful, brought down by betrayal, jealousy, guilt and hatred. The first playwright to depict suffering without reference to the gods, Euripides (484-407 B.C.) made his characters speak in human terms and face the consequences of their actions. In Medea, a woman rejected by her lover takes hideous revenge by murdering the children they both love, and Hecabe depicts the former queen of Troy, driven mad by the prospect of her daughter’s sacrifice to Achilles. Electra portrays a young woman planning to avenge the brutal death of her father at the hands of her mother, while in Heracles, the hero seeks vengeance against the evil king who has caused bloodshed in his family.

Philip Velacott’s lucid translation is accompanied by an introduction, which discusses the literary background of Classical Athens and examines the distinction between instinctive and civilized behaviour. (from the publisher) 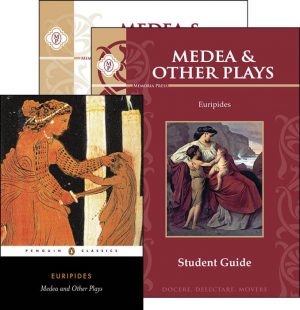 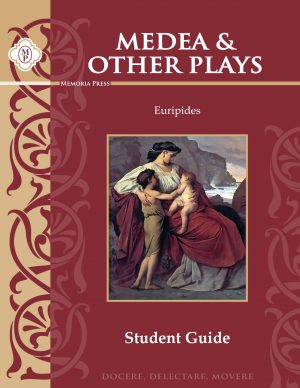 Medea and Other Plays by Euripides Student Guide 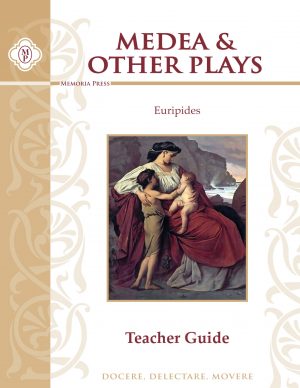 Medea and Other Plays by Euripides Teacher Guide