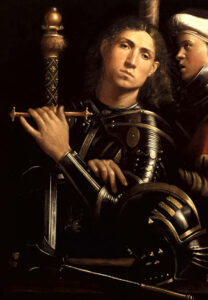 “Whether I shall turn out to be the hero of my own life, or whether that station will be held by anybody else, these pages must show.”

So begins Dickens’ David Copperfield. It’s a wonderful passage and immediately confirms Dickens’ reputation for having captured the “feel” of childhood as few others have. The dream of being a hero or heroine is perhaps the child’s most common fantasy. Children do, of course, also dream of wealth and ease, but they are more interested in the excitement and tension that heroism holds out. The hero makes demands upon himself, and that is what a child wants to do, must do, in order to grow.

Thus when he daydreams, it is on a heroic scale. He wants to enlist in great causes, bring victory to the right side, keep vigil while others sleep, defend the innocent, and rescue those in danger. Young David Copperfield is merely reflecting the hope of any normal boy or girl. Even Holden Caulfield, the cynical young narrator of Catcher in the Rye, dreams of being a hero. The story derives its title from his wish to spend his life catching children who might otherwise come too near a dangerous cliff.

If the kind of stories we like are any indication, we have not lost the taste for heroism. Accounts of heroism figure prominently in popular newspapers and magazines. The policeman-as-hero and doctoras-hero are stock characters on television. Grownups and children flock to movies such as Star Wars, Rocky, and Indiana Jones. We also make heroes out of sports stars, and often act as though something crucial were at stake when two teams clash. Professional wrestling, which is a cross between sport and entertainment, is deliberately cast in terms of heroes and villains, and is tremendously popular.

These hyped-up media events are easy to criticize; they are watered-down or contrived versions of heroism. Nevertheless, they reflect a popular taste and instinct that goes back to Homer, for whom the best kind of life, the memorable life, was modeled on a heroic story.

Which leads to a second observation.

The desire to be a hero, so common to children and adults, is part of a larger wish: the hope that one’s life can be like a story. It is such a basic wish that we hardly reflect on it. For the most part we simply assume that our lives will make sense. And the kind of “making sense” we intuitively have in mind is not the sense of a mathematical equation or a scientific theorem but the kind of sense a story makes.

Even the kind of meaning philosophy offers does not quite do the trick. The Spanish writer Fernando Savater tells how his little brother picked up a philosophical essay from his desk and asked, “Does this have a plot?” When he found out that it did not, he replied, “Then I can’t imagine how it can be a book.”

Like Savater’s brother, most people want their stories to come with plots—just as they want their cars to come with wheels. It is the popular belief that stories ought to go somewhere. And most of them do. A surprising number of myths and adventure stories and even novels take the form of a journey. The Odyssey, Treasure Island, Pilgrim’s Progress, Moby-Dick, and The Lord of the Rings are but a few examples.

The same impulse that makes us want our books to have a plot makes us want our lives to have a plot. We need to feel that we are getting somewhere, making progress. There is something in us that is not satisfied with a merely psychological explanation of our lives. It doesn’t do justice to our conviction that we are on some kind of journey or quest, that there must be some deeper meaning to our lives than whether we feel good about ourselves.

For example, Viktor Frankl has noted that the two major theories of motivation—tension reduction (Freud) and self-actualization (Maslow)—do not account for many of our actions. Our greatest need, says Frankl, is to find meaning in our lives; and the most effective therapy, he suggests, would help clients to see their lives as a meaningful story.

Bruno Bettelheim makes much the same point. His main task as a therapist of traumatized children was, he writes, “to restore meaning to their lives.” What is the most important source of meaning? After his relationship with his parents, it is literature that best conveys meaning to the child. What type of literature? Fairy tales and hero stories, replies Bettelheim. Why? Because they teach that “a struggle against severe difficulties in life is unavoidable, is an intrinsic part of human existence—but that if one does not shy away, but steadfastly meets unexpected and often unjust hardships, one masters all obstacles and at the end emerges victorious.” And what is true for children is true for adults. “To find deeper meaning,” writes Bettelheim, “one must be able to transcend the narrow confines of a selfcentered existence and believe that one will make a significant contribution to life—if not right now, then at some future time.”

Nothing serves this purpose better than the ability to visualize life as a story. G. K. Chesterton wrote: “My first and last philosophy, that which I believe in with unbroken certainty, I learnt in the nursery…. The things I believed most in then, the things I believe most now, are the things called fairy tales.” This is all the more significant coming from Chesterton, who, among English writers, is perhaps unmatched in his sheer enthusiasm for life. The perspective he maintained as an adult was the same as in childhood. In Orthodoxy, one of his best books, he confesses: “I had always felt life first as a story.”

Stories reinforce the sense that life makes sense—something we are prone to forget from time to time. And some stories do this better than others.

Stories may occasionally play an even more important role. Paul Zweig, in commenting on Arabian Nights, notes that “endless numbers of characters save their lives in the nick of time by coming up with a good story to tell.” And of course, the frame tale for this collection of tales is the story of Scheherazade, who keeps herself alive by telling a story every night for a thousand and one nights. We all know that stories entertain, but as suggested by the Arabian storytellers, they can also serve a more basic function. Put simply, they save lives. The conviction that our life is a meaningful story can literally keep us alive. The stories we read or hear or see on film can reinforce and sustain that conviction. They help us to see that our lives are worth living.

In times of despair, finding the right story can be lifesaving. There is, of course, no formula for predicting what will do the trick. What touches a chord in one person’s life leaves another person unmoved. Still, there are stories that allow those who have lost hope to place their plight within a meaningful pattern. It might be an inspirational book—something like the story of Jill Kinmont Boothe or Joni Eareckson Tada. It might be a biography or a story remembered from childhood. It might be the story of Job, or the story of Viktor Frankl’s concentration camp ordeal recounted in Man’s Search for Meaning. It need not be a story of clear-cut heroism or unequivocal triumph. Sometimes it is the unheroic hero who best meets our need, the kind one encounters, for instance, in the novels of Graham Greene: protagonists who themselves grope through darkness and despair, whose struggles go largely unrecognized and unrewarded, who nevertheless win through to some kind of victory.

Up to now I have suggested that stories can keep us going in the face of despair. Now I would like to suggest something further—the main point, really. Stories can also help to keep us on the path of virtue. They can give us not only a reason for living but also a reason for living well. This doesn’t mean we should look for a simple connection such as, “People who read stories are better than people who don’t.” For one thing, it would depend on the kind of stories they read; for another, the link between stories and virtue is an indirect one. It has to do, once again, with this conviction that our lives are—or ought to be—stories. The sense that life makes sense is really the sine qua non for ethical behavior. If the larger thing—existence itself—means nothing, then individual acts performed within that meaningless scheme are themselves meaningless.

The point is this: The best motivation for acting well—and hence the surest foundation for morality—is the belief that we have a role to play in life. When Alexander Pope wrote, “Act well your part: there all the honour lies,” he cut through to a basic truth about morality. Morality is not merely a matter of rule keeping but of role-playing.