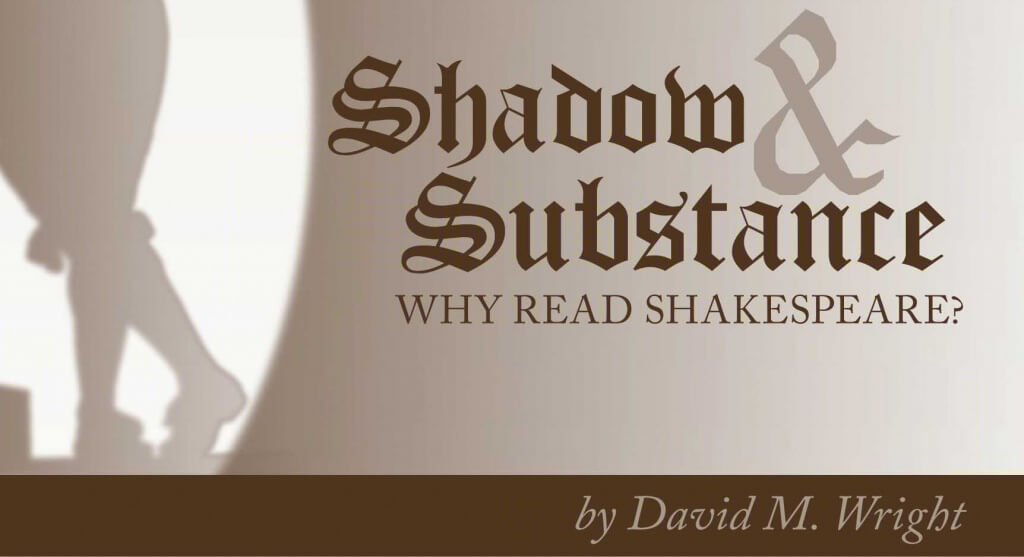 The contrast between shadow and substance singularly interested Shakespeare, as did the very nature of things themselves. He even makes use of profound concepts in logic, such as difference, property, and essence. In rhetoric, these are the topics of invention, for they concern the act of defining. So, then, let us define why we should read Shakespeare. What is the essence of Shakespeare’s art? Why read the bard of Avon? The answer may lie in the contrast between literary shadows and literary substance. 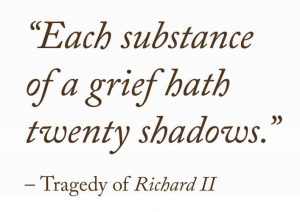 At Memoria Press, we suggest reading a Shakespeare text each year in grades 8-12; in short, as much as possible. In so doing, the student will receive a thorough and deep immersion in the substance of literature, language, and the great books. Here are ten reasons why this is so:

2. Reading Shakespeare provides a comprehensive education, as he was deeply educated in Latin, Greek, and the classics (though he infamously was not college-educated). To read Shakespeare’s plays and poems is to travel the world in culture, history, and mythology.

4. Shakespeare’s plays honor history and provide good examples of courage, heroism, and patriotism. They explore the great themes of love, war, and death. Similarly, they provide examples of the drastic and terrible effects of sin and vice.

5. His plays have assumed a central position in the European and English-speaking world, from theatres to academia. He is known and revered worldwide.

6. Shakespeare scholar Peter Saccio aptly remarks that “Shakespeare is a culture-hero, a mythical figure, a founder of society, a lawgiver, a prophet.” Indeed, his literary influence alone created the potential for genre, plot, language, and characterization.

7. Shakespeare’s plays are abundant in content. They have many scenes, plots, characters, actions, and deaths. The length of each play runs an astounding 2,000 – 4,000 lines (much longer than plays written today)! Fittingly, the huge size of the theatre stage in Shakespeare’s day allowed for both epic and intimate details. It is nothing short of remarkable that Shakespeare was able to sustain such a profound level of eloquence and richness through so many lines and so many plays. His oeuvre includes 38 plays, 154 sonnets, and two long narrative poems.

8. Reading Shakespeare results in a thorough exposure to classical rhetoric. By way of his heavy training in rhetoric, Shakespeare employed a multitude of literary and rhetorical devices in his plays. For example: synecdoche, when the part of something is used to refer to the whole: “Take thy face hence” (Macbeth, Act 5, sc. 3); chiasmus, the repetition of two or more parallel clauses/ideas, but presented in inverted order using different words (not to be mistaken with antimetabole, in which identical words are repeated and inverted): “Who dotes, yet doubts; suspects, yet strong loves” (Othello, Act 3, sc. 3). 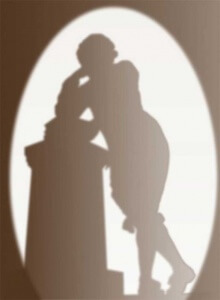 9. Imagine watching a movie where everyone speaks in beautiful poetry. Now imagine speaking to your friends and family in elevated poetry. Then imagine reading your favorite classic novel in blank verse. Remarkably, Shakespeare combined the genres of drama, fiction, and poetry into one. For example, he combined live performance theatre with the great stories and characters of ancient Greek and Roman drama, with the great plot, story, and language of the modern novel, with the artful genre of poetry and verse. In a sense, then, reading Shakespeare is akin to watching a beautiful live performance of a Dickens novel, where most of the characters speak in beautiful poetry. Suffice to say his incorporation of three genres into one makes his work ever more compelling and powerful.

10. To read Shakespeare is to be exposed to the fullness of humanity, to all that has been thought and said in the world, with realism and honesty—not the mere shadows of our existence, but the very substance of human life. As Hamlet said when initiating his play (within a play) to illumine his uncle’s guilt:

… but let your own discretion be your tutor: suit the action to the word, the word to the action; with this special o’erstep not the modesty of nature: for any thing so overdone is from the purpose of playing, whose end, both at the first and now, was and is, to hold, as ’twere, the mirror up to nature; to show virtue her own feature, scorn her own image, and the very age and body of the time his form and pressure. (Act 3, sc. 2)

For Shakespeare was surely reflecting on the purpose and nature of his poetry, to which 400 years has borne testimony: to suit appropriate words to the manifold richness of human life. For his art holds a mirror up to human nature, showing the intricate features of virtue and scorn, and the very age and body of all time its form and pressure, its shadow and substance.

David M. Wright served as the director and author of the upper school literature curriculum at Memoria Press. He has taught AP Literature and English with a focus on the Great Books. He received his master's degree in English literature from DePaul University in Chicago and holds a Classical Teacher certificate from the CiRCE Institute. He is currently working on a Ph.D. in literature at the University of Louisville.