Why is reading Julius Caesar‘s account of his conquest of Gaul the next logical step for a student who has completed a study of grammar forms and basic syntax? There are sound reasons that Caesar’s Commentarii De Bello Gallico (Commentaries on the Gallic War) has traditionally been the preferred choice for the first immersion in reading Latin.

Caesar’s concise, lucid prose and elegant style are challenging but not overwhelming. The great orator Cicero himself praised Caesar’s prose as “unadorned, straightforward, and graceful.” Literary scholar J. W. Mackail wrote of Caesar: “He used the Latin language with a purity and distinction that no one else could equal.” It is widely acknowledged that Caesar adhered to the rules of the Latin language more closely than any other Roman author.

The reader of Caesar is able to systematically apply the rules of Latin syntax. He is not forced to contend with the oddities of poetic license before he is ready to do so. Poets had license to bend, break, and ignore rules. When faced with an irregularity in Caesar’s prose, the student is able to logically work out the reason, to see Caesar’s intended effect, and to advance his understanding of Latin.

Reading Caesar prepares the student to progress to Cicero’s more intricate style and to Virgil‘s poetry. This is the logical way to master a subject: first learn to apply the rules and later deal with more complicated applications and exceptions.

The Lessons of the Gallic War

In Caesar we learn about ancient concepts of honor and glory. More importantly, we are steeped in matters that transcend timelines and cultures. De Bello Gallico provides a profound study of loyalty to comrades, decision-making and bravery under duress, man’s burning desire for freedom, and valorous defense of family and homeland.

The great classical historian Theodor Mommsen commented, “The noble work deserves all the labour that can be spent upon it. The enormous difference between these Commentarii and everything else that is called Roman history cannot be adequately realized.” 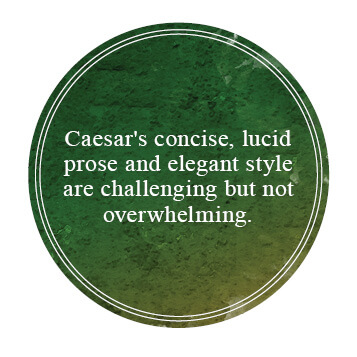 A study of De Bello Gallico also provides a wealth of knowledge about European geography and an important period of Roman history and politics.

T. Rice Holmes, often cited in the Henle text, called Caesar “the greatest man of action who has ever lived.” He was the first Roman to lead an army across the Rhine into Germany and the first Roman general to cross the English Channel to Britain. He wrote the first eyewitness account of Britain and the Britons. He also wrote the first authentic accounts of Gauls/Celts and Germans.

So high was interest in De Bello Gallico in the Middle Ages that in 1469 it was one of the first books to be printed on the newly invented printing press. Such was Caesar’s influence that his name has lived on in the titles of some of history’s most powerful rulers: the Caesars of Rome following Julius himself, the Kaisers (German), and the Czars (Russian). This is not to claim that Caesar was necessarily a model for emulation, but he was an exemplary military leader and a gifted politician and statesman.

As Mackail noted, “…the combination of literary power of the very first order with his unparalleled military and political genius is perhaps unique in history.”

And Caesar was not just a brilliant general and important writer. Military historian Theodore Dodge described him as “the patron of learning who founded libraries in all the great towns, and filled Rome with men of science, culture, and letters, as the legislator who drafted laws that still control the jurisdiction of the world, as the profound scholar who dictated the correction of the calendar….”

For two millennia, people have acknowledged that he was remarkable in what he undertook and accomplished. Dante, Petrarch, and Longfellow featured him in their works. Shakespeare, no less, devoted a play to him, and Handel, an opera.

Caesar still endures as a fascinating topic of study and speculation. Furthermore, a very pragmatic reason for studying Caesar was provided by the redesign of the AP Exam in Latin, effective in 2013, to expand its scope from the poetry of The Aeneid to include the prose of De Bello Gallico.

Another benefit of reading Caesar is the opportunity to learn the many words he uses with a concrete meaning. This makes it easy to recognize derived figurative meanings in other writers. For example, Caesar’s concrete obsidio, or “siege” in battle, becomes the figurative obsidio of Cicero, the “pressing danger” to the Republic. The soldier’s heavy sarcina (“pack, bundle”) filled with grain and personal belongings later becomes the more figurative “burden, weight, or sorrow.”
To look at one small example in more detail: The student of Caesar learns that angustiae is a narrow place, like the pass in Gaul through which 368,000 Helvetians could pass only in a long, narrow train. The student learns that it connotes danger and is related to the adjective angustus, which means “narrow,” or “tight.” He easily sees that this word may have related concrete meanings as in a narrow strait, bridge, gate, or harbor.

When the student meets the word in other writers, he will extrapolate from its concrete meanings to understand its abstract meanings of “a tight spot,” “difficulties,” “distress,” “tribulations,” and even “troubled times.” When he sees a reference to the Mass by Haydn, Missa in Angustiis, composed when Napoleon was turning Europe upside down, the student will at once comprehend the title. He will understand the English word “anguish” and its German cousin angst. Countless rich rewards are gleaned from reading Caesar. 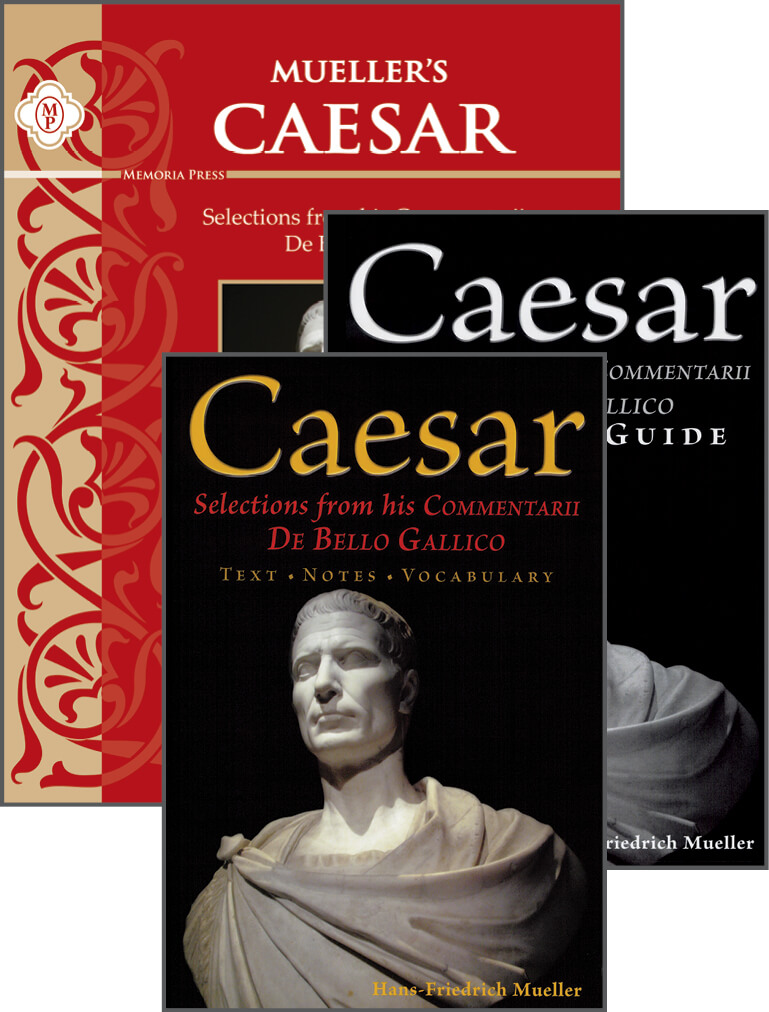 A Challenge And Opportunity for the Student

All readers of De Bello Gallico have the chance to delve more deeply into the genius of the Latin language. But many treasures lurk within the pages of Caesar’s work, and they may be different for different readers. Some students are fascinated by Caesar, the great commander and politician. Some may find themselves rooting for the Celts struggling to defend their homeland. Some are fascinated by the might and discipline of the Roman military. Some are intrigued to see which characters Caesar singles out for special mention, and why. Some have an interest in travel and European geography and will someday visit the countries in which the Gallic War was fought. What will you find for yourself in the pages of De Bello Gallico?