The education we now call “classical” is our heritage as human beings. With roots reaching back to the greatest teachers and philosophers of all time, a classical education forms the student’s mind, character, and tastes by inclining him toward truth, goodness, and beauty. We trace classical education to the ancient Greeks, who prized wisdom and excellence. With the writings and teachings of the ancient Greeks, the ancient Romans educated men to become statesmen and orators. In the Middle Ages. scholars and theologians, who had preserved Greek and Roman classical writings along with the sacred writings from Holy Scripture, transformed this body of learning into what we now call classical Christian education.

During the sixteenth and seventeenth centuries, the benefits of this education were extended to peasants and paupers. Classical teachers today respect and uphold the great pedagogical tradition that formed Western civilization because, far more than distinct cognitive stages or scheduled learning cycles, a classical education embodies the humbling realization that true education forms the soul of the individual himself.

From ancient times, classical of formative education sought to cultivate both a student’s mind and character. Only somewhat recently in human history has this aim begun to change. With psychologizing views of the progressive education movement and the economic desires fueled by the Industrial Revolution, education was transformed into a more pragmatic social endeavor.

Converging philosophical changes created the oddly homogenous, yet lamentably ineffective, assembly line or conveyor-belt form of education we see today. Rather than formative academies for the disciplined, humane, and beautiful cultivation of wisdom, virtue, and eloquence, schools began to emphasize readying students for employment and socialization. The resurgence of classical education today comes from the desire to enable our children to think well, read well, write well, and to seek that which is true, good, and beautiful. Classical educators know that a well-educated, well-formed individual will be equipped for any challenge in life and any career for which he is suited. He will specialize, not from infancy, but only after he has received this formative education. The liberal arts teach necessary language and mathematical skills, while the liberal sciences—natural, moral, and theological—reveal knowledge of the world, mankind, and God. Classical educators may wonder whether they should apologize for offering such seemingly frivolous and esoteric content as logic, poetry, Latin, Greek, music theory, geometry, and astronomy. To those who advocate only the practical arts, these studies will seem “useless.” This criticism is not new. Listen to the words of Socrates recorded by Plato hundreds of years before Christ:

“I am amused,” I said, “at your fear of the world, which makes you guard against the appearance of insisting upon useless studies; and I quite admit the difficulty of convincing men that in every soul there is an organ which is purified and illumined by these studies, when by other pursuits lost and dimmed; and this eye of the soul is more precious far than ten thousand bodily ones; for this alone holds the vision of truth. Now there are two classes of persons: one class who will agree in this and will take your words as a revelation; another class who have no perception of the thing meant….”1

“Learn by doing” characterizes progressive education with its early, narrow specialization. Note the abundance of direct objects. In Home Economics, the student sews a skirt. (The verb “sews” has its direct object “skirt.”) In Personal Finance, the student balances a checkbook. In Woodworking, he planes a board. Under such a system, a child might ask of academic coursework, beautiful music, or exquisite literature, “Why do I have to study this, if I will never use it in my daily life?” Adults accustomed to utilitarian education may have no answer. They may even lead the criticism: “Why does my child need geometry? He’s not going to be a mathematician!”

A child who graduates with a utilitarian education may find a job; however, he may also find himself unable to contemplate great literature, ideas, music, art, nature, or morality. He may know little about philosophy or theology, or even himself. He may be poorly equipped for the deeper matters of his life, such as noble service to others, perseverance through trials, an appreciation of beauty and truth, or sacrificial love. When we disregard the historically formative nature of education, we fail to nurture the broad thinking skills that enable an understanding of the world and the student’s place in it. 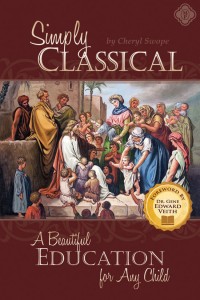