The Invention of Meaning Through Comparison

Modern education occupies a great deal of time—nine months per year, six hours per day, and countless hours keeping up with homework. Yet, how much do most American students actually know by the end of twelfth grade? Can they solve basic math problems in their mind without using a calculator on their cellphones? Are they able to read challenging material with fluency? 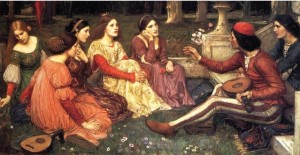 Can they write well, maintaining purpose, clarity, and coherence? Are they able to reflect upon and articulate the philosophical and moral questions of life? Have they read a number of the great books that have shaped the Western mind? Have they been trained in at least one of the foundational languages of Western civilization—Hebrew, Greek, or Latin?

Unfortunately, the answer to most of the questions above is “no” or “not very well.” And surprisingly, the answers remain the same for many students in even the best public and private schools.

Something is surely wrong; something is not working. But determining what can be difficult. Merely looking at GPAs and test scores can be quite misleading, as standardized test prepping and grade inflation often give us a false sense of comfort.

A still more disconcerting brokenness in modern education exists in the extirpation of the soul from the activity of teaching and learning. Wisdom and virtue are no longer the foci of education. Belief in objective truth, and in our ability to discover it through a range of epistemological modes—e.g., reason, imagination, intuition, tradition, and experience (allowing for a fuller means of knowing)—has also been excised. The paideia of Socrates, Plato, and Aristotle in their pursuit of truth, justice, the immortality of the soul, virtue, love, and “the examined life” have been discarded in favor of naturalism and relativism: hallmarks of sophism.

In ancient Greece, the sophists emphasized the useful and successful over the metaphysical and moral. They espoused the manipulative use of rhetoric to win any position on an issue, with disregard for the truth. The sophists were secular humanists of an agnostic spirit who offered intellectual training for social success. For a not-so-modest price, they offered instruction in how to live successfully in a world in which, according to them, all moral standards were conventions and all human knowledge was relative.

So what must we seek to mend in our modern sophistic education? As Col. C. E. Wheat said in his cadet prayer, “Make us to choose the harder right instead of the easier wrong, and never to be content with a half truth when the whole can be won.” Let us seek, then, the whole truth—that which is good, right, and true in education. We should seek a form of education that reflects the truth about ourselves and the world in which we live—a form free of half truths, free of brokenness, and free of irony.

To help illumine the model we seek, let us begin with the grammar of understanding: definition. Defining key terms is essential, and what better term to begin with than classical? Because simplicity is an essential tenet of classical education, we shall look for a simple, common-sense definition of the term by means of our innate method of learning: comparison. We will look at another classical art form to see what it might reveal about the term, and hence what it might reveal about classical education. Certain words and phrases are bound to increase our overall understanding. As well, we will be able to see how the authority and perception of the art form changes when the word classical is added.

Since I cannot play the guitar and know rather little about the instrument or its history, I’ll use classical guitar for this exercise. Here is a sample of key terms from the entry on Wikipedia: 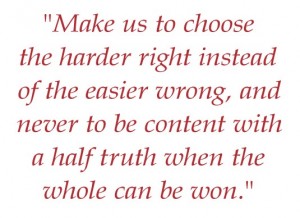 Most of these very phrases and words can be aptly applied to classical education. They are, in fact, what distinguish it from other forms. First, classical education insists on technique—proceeding through the grammar, logic, and rhetoric stages; and determining truth through Socratic discussion and dialogue. Second, it is comprehensive. It insists on immersion in and mastery of the verbal arts (the trivium) and the quantitative arts (the quadrivium). Third, classical education fosters complex and higher order (polyphonic) thinking skills, enabling the student to work with and master challenging fields of inquiry. Fourth, it is “plucked with the fingernails,” insisting that learning happens most effectively through hard work and natural methods, with fewer shortcuts and technological aids—reading, writing, translating, and doing math (in the mind).

Fifth, classical education has a historic repertoire and, it could be argued, a 5,000-year history—stretching back as far as the Hebrew and Egyptian traditions, and certainly the Greek and Roman.

Sixth, the shape, construction, and material signify Aristotle’s four causes: The material—the skills and content of the trivium and quadrivium; the efficient—the student striving to gain mastery of skills and content; the formal—the way or method of the grammar, logic, and rhetoric stages, and Socratic discussion; and the final—the purpose, the end goal or object of classical education: the cultivation of wisdom and virtue.

Finally, just as all kinds of music are performed on the classical guitar, so it is with classical education. It educates the student holistically and intrinsically by means of the septem artes liberales (the seven liberal arts—basic skills necessary for success in academic study), preparing him well for whatever endeavor he may wish to pursue. All kinds of interests, disciplines, and careers are performed on an education that is classical, on an education that greatly liberates the person to rule himself, and to succeed in any vocation he judiciously chooses.

Perhaps we now have a helpful definition: Classical education is a traditional, historical, time-tested education of the highest quality, emerging from the most elevated cultures of the past. It has a long, rich, and fairly unified history, and uses specific tools and content to effectively educate the human person. Its method, skills, and content are encompassed in the trivium and quadrivium, the seven liberal arts or enkuklios paideia (“education in a circle”): grammar, logic, and rhetoric; arithmetic, astronomy, music, and geometry. Its purpose is to cultivate wisdom and virtue, to elicit and develop “the good” in the student, and to provide him with the skills for a lifetime of learning.

By restoring the classical to education, we are able to, as G. K. Chesterton says, pass the soul of our society from one generation to another.