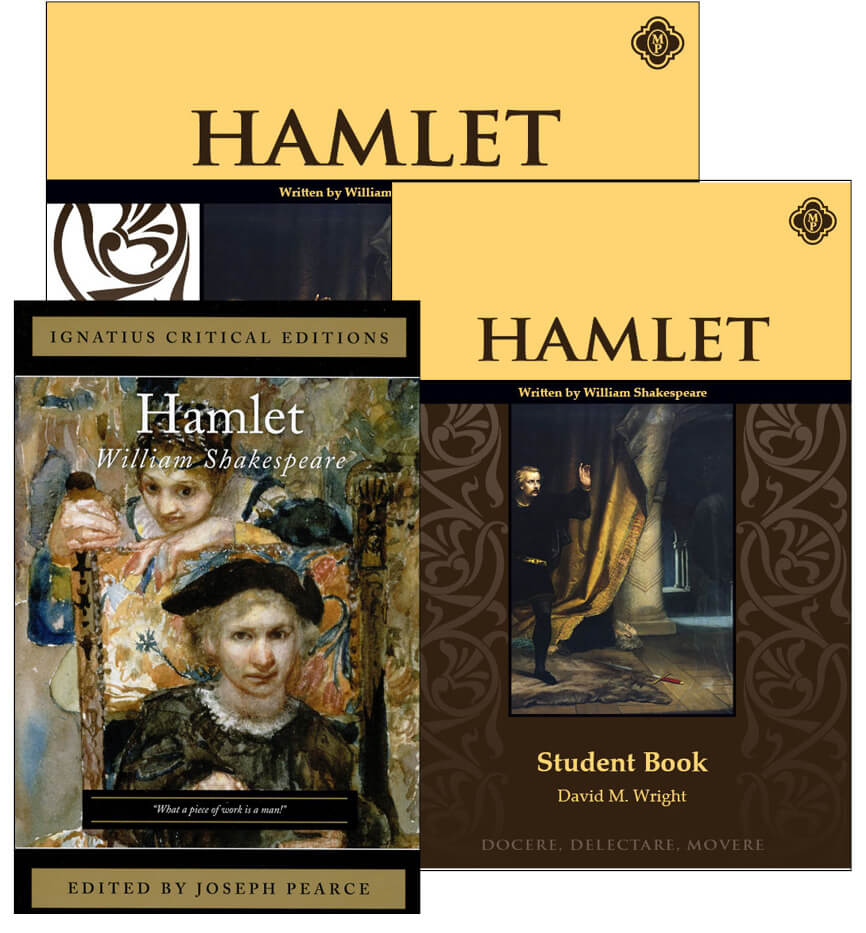 “The time is out of joint,” utters Prince Hamlet to his close friend Horatio after encountering the Ghost of his recently deceased father, King Hamlet, on the battlements of Elsinore. Hailing from a purgatorial realm, the Majesty of Buried Denmark has come to inform Hamlet of the true nature of his death—that he was murdered by his brother Claudius, Hamlet’s uncle—and to bid Hamlet to restore justice by avenging his most unnatural death.

In the play, Hamlet encountered circumstances— both earthly events and metaphysical reality—that were too large for his rational understanding, and his response involved four key stages: 1) astonishment and incomprehension; 2) belief and acceptance; 3) the use of classical learning to help understand human nature, sin, and God, and to help deal with doubt and despair; and 4) his recognition that God is in control, and his readiness to act courageously when the time is right.

The stages of Hamlet’s response can provide a process for how we might deal with the tumultuous circumstances that surround us in our age. After all, if the purpose of dramatic art is “to hold, as ’twere, the mirror/up to [human] nature; to show virtue her own feature,/scorn her own image, and the very age and body/of the time his form and pressure,” then we, too, can learn about ourselves and our age in Hamlet.

The first stage is significant because it involves Hamlet’s initial response to his circumstances. When he encounters the Ghost, he is utterly awestruck. He reacts with a mixture of intuition (“O my prophetic soul!”), horror, fear, and astonishment. He implores the Ghost, “What may this mean/That thou, dead corpse, … So horridly to shake our disposition/With thoughts beyond the reaches of our souls?” The Ghost astonishes Hamlet to such a degree that his thoughts run beyond the reaches of his soul; his thoughts cannot be contained. Earthly and metaphysical reality have confounded his rational understanding.

In fact, much of the play features the interrogative mood. The play opens with the question “Who’s there?” and proceeds through many more questions in dialogue and soliloquy until it culminates in the deepest conundrum of all: “To be, or not to be—that is the question.” The play is replete with questions because reality is shocking and bewildering, and we are left with more questions than answers.

In the second stage of his response, Hamlet confirms his belief in the supernatural, which he knows intuitively through his experience and reason. He declares to Horatio, “There are more things in heaven and earth, Horatio,/Than are dreamt of in your philosophy.” Moreover, he comes to accept reality for what it is—to accept the circumstances for what they are. As well, he acknowledges the metaphysical weight of his situation: “The time is out of joint. O [dreadful fate],/That ever I was born to set it right!”

The third and longest stage in Hamlet’s response encompasses various dramatic events and scenes in Acts 1-4. In this stage, Hamlet draws upon the classical education he received at the University of Wittenberg to help him understand human nature, sin and suffering, and God’s relationship with man.¹

In Act 1, scene 2, when Gertrude asks Hamlet why he “seems” to be taking matters so personally, he answers by drawing upon Aristotle and Aquinas in making a distinction between the essence of things and their external characteristics.² Hamlet responds to her,

Seems, madam! Nay, it is; I know not seems. …
[Outward appearances] seem;
For they are actions that a man might play;
But I have that within which passes show.

In Act 1, scene 4, just before Hamlet meets the Ghost, he hears the flourish of trumpets and the drunken revels of King Claudius and his court. This triggers Hamlet to consider Aristotle’s theory of hamartia, the tragic flaw, to help make sense of Denmark’s drunkenness—which he deems to be the country’s tragic flaw, soiling its reputation and achievements. Rather quickly, Hamlet moves his argument from the general to the particular—to help him understand the corruption that he suspects in his uncle and mother:

So, oft it chances in particular men
That, for some vicious [defect] of nature in them, …
His virtues else, be they as pure as grace, …
Shall in the general censure take corruption
From that particular fault …

In Act 2, scene 2, Hamlet calls out Rosencrantz and Guildenstern for spying on him on behalf of Claudius, and explains to them the nature of his despondency. In his answer, he echoes Pico della Mirandola’s quintessential Italian Renaissance essay, “Oration on the Dignity of Man,” which serves as a good example of an optimistic view of man that Hamlet can no longer believe. With a kind of dark irony, he reveals his despair and loss of faith in man: “What a piece/of work is a man! How noble in reason! … how infinite in faculties! … the beauty of the world! the paragon of animals! And/yet, to me, what is this quintessence of dust?”

There are others, but in Act 3, scene 4, Hamlet draws upon a strand of prophecy in the Book of Isaiah where God may occasionally choose a human agent in a certain time and place to help thwart evil and restore justice. Sometimes the agent chosen may already be evil, a “scourge” who commits atrocities on his own, like a persecuting despot. At other times, the agent chosen may be ethically good—a prophet or a kind of “minister” of God’s justice. After accidentally killing Polonius, Hamlet seems to consider himself a combination of both. He tells his mother,

For this same lord [Polonius] I do repent; but Heaven hath pleas’d it so,
To punish me with this, and this with me,
That I must be their scourge and minister.

These words signal the end of an intellectual and spiritual journey, yet they also mark a new beginning. Thus far, Hamlet has struggled through learned theories, perspectives, and personal moods to help him make sense of his irrational, degenerate circumstances. Now he arrives at the final stage with a newfound faith and purpose. On his voyage to England, Hamlet senses the grace of God in preserving him from certain death and providing him a safe return to Denmark. When Act 5 begins, Hamlet has traveled through the mind and into the heart. He has relinquished his desire to control things—both intellectually and physically. Now he is able to allow God, who sees all and is above all, to hold his omnipotent governance over the world. In a way, Hamlet embodies the maxim, “Let go, and let God.” Yet ironically, through this recognition and faith, he finds a new freedom—a freedom to act courageously when necessary—for now his action no longer depends on the variables of his will, pride, or fear of death—but rather on the “special providence [that exists] in the fall of a sparrow … the readiness is all.”