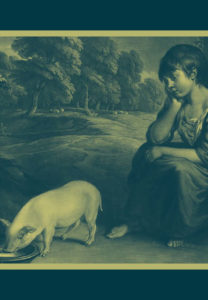 Charlotte’s Web, written by E. B. White in 1952, is a quintessential book for children. While conveying important truths about the nature of people and the world, it is also an imaginative, happy story about life on a family farm. The book gives us a clever glimpse into the lives of our animal friends while beautifully describing nostalgic childhood experiences like attending state fairs, visiting barnyards, and making your first friends. Charlotte’s Web points out what is miraculous in the often underappreciated experiences of everyday life. It exquisitely details the changing seasons of both land and life. While there are a number of meaningful themes in this book, one of the most profound is sacrificial friendship.

The idea of sacrifice is likely a familiar virtue to children, hopefully discussed in the context of their faith. It is important, however, that students truly understand the idea and know what it means practically. Sacrifice means that something must be given up. It is the necessary surrender of something desired for the happiness or well-being of another. Sacrifice naturally involves a loss—but, importantly, contributes to a greater gain.

Charlotte’s Web beautifully demonstrates the idea of sacrifice in three key relationships. By explicitly discussing what is given and what is gained in each, students can see more tangibly what sacrificial friendship truly looks like.

The relationship between Fern, a young girl, and Wilbur, a newborn piglet and the runt of the litter, is the first example we see of sacrificial friendship. Fern, outraged by the injustice that awaits Wilbur, saves him from an untimely death. She courageously stands up to her father and fights for Wilbur’s survival. Fern loves Wilbur instantaneously—like the love of a parent for a child. She doesn’t love him on his merits—she doesn’t even know him except as the victim of a perceived injustice. She simply loves him for being him, and soon, for being hers.

After winning an argument with her father, Fern quickly dignifies Wilbur’s mere existence by giving him the “most beautiful name she could think of” and by further committing to his physical and emotional well-being. Fern nurtures the runt pig with (adorable) acts of mercy and love—she feeds, shelters, and clothes Wilbur, and later, visits him when her father insists he be moved to the Zuckermans’ farm. Fern is courageous and tenacious in protecting Wilbur from the very beginning. She sacrificially gives her time, energy, and affection to Wilbur and he receives from her not just life, but an enchanted life, one that introduces him to another special, loving friend. Fern’s model of friendship is the seed that bears much fruit as the story progresses. Wilbur, learning from Fern (and later Charlotte), knows what to look for in a friend and, ultimately, how to be one.

We also see sacrificial friendship in the relationship between Charlotte and Wilbur. After his move from the Arable home to the Zuckermans’ farm, Wilbur finds himself “friendless, dejected, and hungry.” One dreary, rainy day he bemoans as “the worst day of his life,” he wonders whether he can
“endure the awful loneliness any more.” But then Charlotte appears and Wilbur is blessed with the promise of an unexpected new friendship. Charlotte takes up the mantle from Fern to protect Wilbur. Her contribution to Wilbur’s happiness and safety is just as significant and just as providential. She is uniquely qualified to serve Wilbur both by her talent and by her temperament.

Charlotte is a genuine friend to Wilbur from the outset. Importantly, she is consistently honest with him—sometimes lovingly revealing hard truths about the nature of the world. She acknowledges, for instance, that she is “‘not entirely happy about [her] diet of flies and bugs, but it’s the way [she’s] made.'” Similarly, she cedes to the old sheep that Wilbur is at risk of being “turned into smoked bacon and ham”—but with her next breath declares that Wilbur will not die for she will save him. Resolute in her commitment to save Wilbur from his inevitable fate as a pig, Charlotte is dependable, bold, and wise. Even when she doesn’t have a plan, she breeds hope and confidence with matter-of-fact imperatives. She routinely admonishes Wilbur: “never hurry and never worry.” 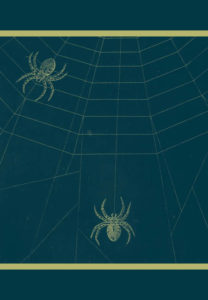 Ultimately, Charlotte recognizes that her special ability as a weaver is precisely the thing that can save Wilbur. She fulfills her natural purpose by using her good gifts in a miraculous way—and also by taking advantage of the “mercy” that “people are very gullible.”

While she calls her true magnum opus the creation of her web sac filled with 514 eggs, Charlotte’s pinnacle feat for Wilbur happens at the State Fair, where she weaves above the radiant pig a web that wisely reads: “humble.” When both Charlotte and Wilbur are at the height of personal glory, the reminder to stay “low to the ground” is the message that hangs boldly in the air: They are not to give way to pride. The true victory for each is better than a blue ribbon.

In her final act for Wilbur, Charlotte is “languishing,” giving all that she has for her friend. But content in her service, confident in Wilbur’s fate, and secure in the knowledge that her children will be safe in her friend’s care, Charlotte is prepared to breathe her last. Before she expires, Wilbur asks her with gratitude, “Why did you do all this for me? I don’t deserve it.” Charlotte responds, “You have been my friend …. That in itself is a tremendous thing.”

Wilbur now knows what it truly means to be a friend. Echoing Scripture, which tells us that “Greater love has no one than this, than to lay down one’s life for his friends,” Wilbur says to the dying Charlotte: “You have saved me, Charlotte, and I would gladly give my life for you ….” But that is not to be. So instead, he does all he can to give life to her legacy by protecting and loving her babies.

To do this, Wilbur makes an oath to give the unsavory Templeton the best from his trough in exchange for his desperately needed help in retrieving Charlotte’s egg sac. Once retrieved, Wilbur extends to the children kindnesses reminiscent of those he received from Fern and Charlotte. He loves and protects them all before they are even born, struggling in hope and charity for their safety. Though 511 children quickly fly away after crawling out of the sac, three of Charlotte’s daughters stay, choosing their mother’s “hallowed doorway” as their home. Overjoyed, Wilbur names them Joy, Aranea, and Nellie. In the classical tradition, he educates them by passing on the culture of the barnyard and sharing stories that reveal the notable virtues of their beloved mother. Wilbur makes a commitment to the children: He pledges his friendship to them “forever and ever.” This is a promise they return. Consequently, hope springs eternal. “As time went on … [Wilbur] was never without friends,” for “Charlotte’s children and grandchildren and great grandchildren, year after year, lived in the doorway.” They all lived happily—ever after.