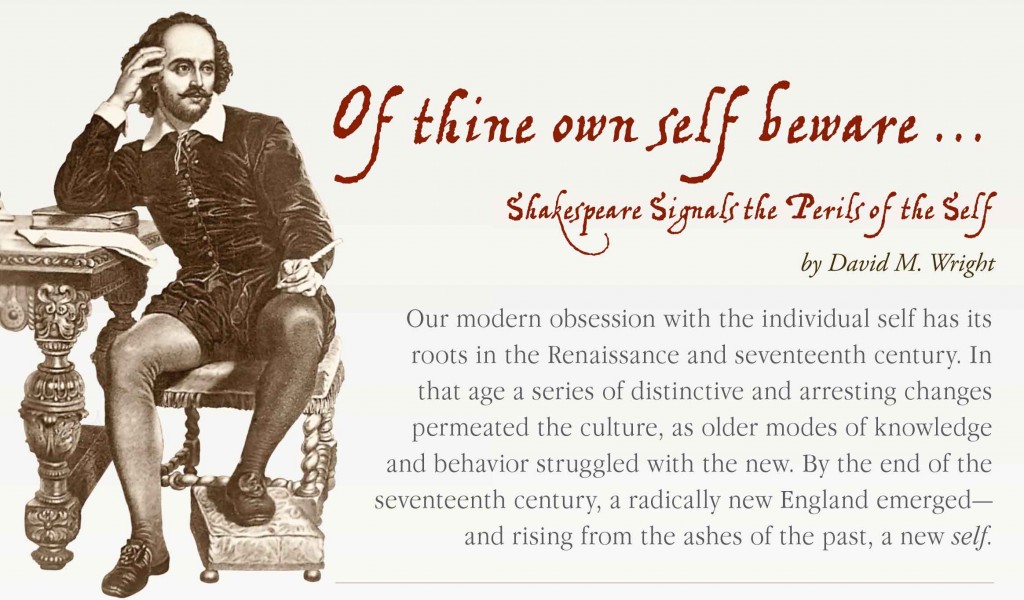 Shakespeare (1564-1616) must have sensed these cultural changes deeply enough to predict and highlight the perils of individualism in some of his plays, namely Romeo and Juliet. In his time, and especially in the seventeenth century, the notion of the individual changed significantly in its relation to the church, the monarchy, society, personal freedom, the literary life, public and private life, and even the cosmos. Most obvious across these domains was the indomitable shift from a communal self to an individual self.

Though invented over a century before Shakespeare, the printing press was perhaps the most significant force in generating change for the individual. Gutenberg’s press allowed for the mass production of reading material, which fostered new and developing ideas, and reached ever-expanding audiences. It also greatly affected the activity of reading. Previously, reading had been a communal activity, stemming from the oral, minstrel, and bardic traditions. But after the printing press, reading became a much more personal and private activity.

The writings of the poet John Donne (1572-1631) in the early seventeenth century mark a key transition from the courtly and affected output of Ben Johnson and the Cavalier poets to the private and personal. Donne’s “The Triple Fool,” for example, is strikingly personal; he uses the first-person singular twice in the first line:

Here Donne not only conveys a personal subjective voice, but he also comments on his “whining poetry.” This is not the elevated, artificial fare of courtly form and subject—this is private passion. In this poem and several of Donne’s Holy Sonnets, the individual has a power over his love, his life, his intellect, his soul, and his relation to others—that he heretofore did not possess. Inspired by Donne, George Herbert and the metaphysical poets follow him in their use of similar poetic forms (e.g., rhymed couplets, irregular odes, shape poems) and subjects, many of them devotional, private, and mystical.

The shift in focus toward the individual in this era is made yet more visible by considering the political events of the seventeenth century. Politically, the century featured a surging movement of individual and democratic rights exemplified by a civil war, the execution of an autocratic King Charles, the Interregnum (“between reigns”), the restoration of the monarchy, and the Revolution of 1688—the overthrow of King James II by parliamentarians.

Through all of these major political events, one thing unites them all: the subversion of, or resistance to, a previously granted hierarchical authority—in favor of the individual.

Not surprisingly, Shakespeare seemed to foresee where this might lead. In our age of self-focus, our “century of the self,” we seem only capable of viewing the consuming “love” of Shakespeare’s Romeo and Juliet as the perfect model of romantic love, so passionate that only such a union could heal the enmity of the feuding noble houses. Yet the true tenor of this “love” is undeniable: self-love, idolatry, and instant gratification.

The dysfunctional adults in the play run amok with self-interest in flagrant disregard for the boundaries of authority, hierarchy, reason, and propriety, and in so doing, set the lovers on a sure path to their destruction.

In the beginning (before he meets Juliet), the love-sick Romeo mopes around, fretting over his unrequited “love,” the wise and chaste Rosaline who has rejected his doting proclamations. But in truth, Romeo’s bitterness looks a little more like pouting over a missed bid for self-gratification. He does not respect nor see the value of Rosaline’s chastity, bemoaning to Benvolio:

… she’ll not be hit with Cupid’s arrow. And in strong proof of chastity well arm’d, From love’s weak childish bow she lives unharm’d. She will not stay the siege of loving terms, Nor bide th’ encounter of assailing eyes, Nor ope her lap to saint-seducing gold. (1.1.206-212)

Fundamentally, true love desires the good of the other, but Romeo desires that the other should feel good to him.1 Yet he is, after all, an impetuous adolescent. And so is Juliet, Romeo’s new amour fou, the 13-year-old child whom Shakespeare intends his audience view as a child—most likely to stave them from becoming too enamored with the lovers’ passionate infatuation.

Even Capulet, Juliet’s father, calls her a child in an effort to fend off Paris’s suiting until she is at least a couple years closer to adulthood:

My child is yet a stranger in the world, She hath not seen the change of fourteen years; Let two more summers wither in their pride Ere we may think her ripe to be a bride. (1.2.8-11)

The hasty, impulsive marriage of the very young Romeo and Juliet would have been as disturbing to the Elizabethans as it should be to us. Yet in our self indulgent (romantic) reading, we overlook Juliet’s true age, ascribing an adulthood to her that she does not possess—evident by the fact that we usually cast an actress who is around 20 years old for the role.2

But let us not forget that it is the adult characters surrounding the young lovers whose self-focus and self-interest generate the play’s greatest scourge. Remember Sampson and Gregory, the crude Capulet instigators of the civic fray? Brash and lawless, they prowl the street, itching for a brawl with any Montague, their detested rival. The altercation develops, inflamed by the fiery Tybalt, whose modus vivendi is vile hatred and bullish pride until his death at the hands of the enraged Romeo in revenge for the reckless murder of Mercutio—another swaggering character, full of brilliance and wit, but also with a penchant for lewdness and a view of love as high as the belly and as broad as pleasure itself. 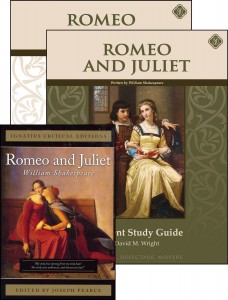 Yet Romeo and Juliet and the other wild young men might have been set aright if only Capulet, Montague, Lady Capulet, the Nurse, the Prince, and even Friar Lawrence would have guided them with the light of wisdom, boundaries, love, and discipline. Instead, they offer little beyond their base commitments to vendetta, position, lust, status, wealth, and pride—hallmarks of the almighty self.

A tragedy not of death by love, but a tragedy of dysfunction, Shakespeare’s Romeo and Juliet remains a foreboding and cautionary tale of the unstoppable travesty of individualism, the precursor to and consequence which is our “century of the self.”