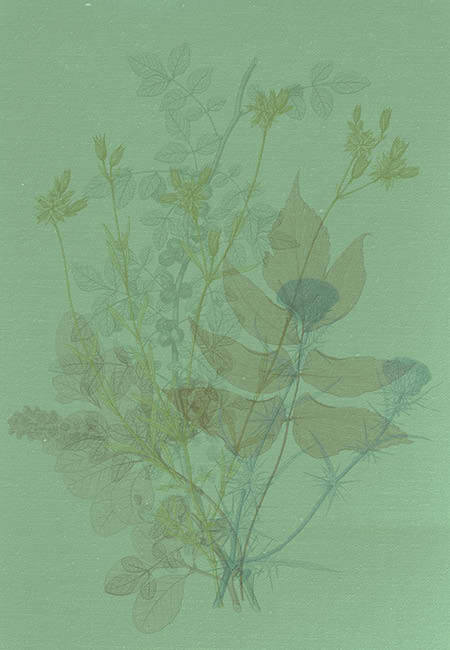 The first cause of this disorder is simply that we don’t spend much time outside anymore. This is particularly true for children. “Here is a sobering statistic,” said Collin O’Mara in a 2018 Washington Post article:

The average American child spends five to eight hours a day in front of a digital screen, often at the expense of unstructured play in nature…. Since the 1990s researchers have noticed a shift in how children spend their free time. The days of the free-range childhood, where kids spend hours outside playing in local parks, building forts, fording streams and climbing trees, have been mostly replaced by video games, television watching and organized activities such as sports and clubs. We have traded green time for screen time—and it has had an impact on kids’ well-being and development.

Richard Louv, author of Last Child in the Woods: Saving Our Children from Nature-Deficit Disorder, tells the story of a child he interviewed who told him that he liked playing indoors more than outdoors “cause that’s where all the electrical outlets are.”

The website ChildInTheCity.org reports that Britain’s National Trust found that children today spend less than half the time outside that their parents did when they were children. In one article Rebecca Kennedy writes, “We are raising a generation of sedentary kids who would much rather sit on the couch with a game controller and Mario than be outside armed only with a stick and their imagination.”

In other words, children don’t have much of a knowledge of nature simply because they so seldom come into contact with it.

Our Schools are Failing to Teach about Nature

But the second cause is that we don’t teach much about nature anymore in our schools. Science education in many American classrooms has turned almost completely away from an emphasis on what nature consists of, and instead focuses on what I would call “instrumental” science—science as it can be used for certain practical or commercial purposes. We’re all about figuring out how to clone animals or measure the level of global warming or genetically develop insect-resistant strains of corn, but our children can’t say what kind of insect they just brought in from the backyard or what kind of tree a particular leaf comes from.

If you look at the Next Generation Science Standards, for example, which have been adopted by many states over the last several years, you can see clearly the near-complete lack of emphasis on the actual study of the content of nature. If you tried hard you could find vague statements about “constructing explanations” and “designing solutions” having to do with various aspects of nature, but there is no definitive mention of the taxonomy of animals, no morphology of plants, and no attempt to teach the physical properties of rocks and minerals. There is no mention of bug collections. No emphasis on the classification of plants.

Can students have an adequate understanding of nature without knowing what makes it up?

There is not a single instance in the Next Generation standards of any student being required to identify, name, define, classify, observe, or describe any individual natural object. In fact, a student could easily meet the new science standards without ever actually encountering an animal, a plant, or a mineral.

And while there is vague language about “analyzing data” and “describing patterns” having to do with astronomical bodies, students could meet these standards without ever knowing the names or order of the planets in our solar system.

These standards suffer from the same malady as most modern standards documents: They have dissected their discipline into discrete skills and failed to put it back together again, and in the process left most of the content out.

And aggravating this problem is the attitude of the professional scientific community itself.

“The U.S. is running short of people who can tell the forest from the trees.” So says a Wall Street Journal article by Douglas Belkin that is at least partly indicative of the fate of science education in the U.S. in recent years. It tells of the growing problem of “plant blindness,” a symptom of the larger Nature Deficit Disorder. The term is used among botanists to indicate the inability of many people—even those in the scientific community—to identify plants.

It’s as if we had discovered doctors who couldn’t diagnose diseases, accountants who couldn’t recognize debits and credits, cooks who didn’t know how to use a stove, or plumbers who were unfamiliar with pipes.

Organizations such as the National Park Service and Bureau of Land Management can’t find enough scientists to deal with invasive plants, wildfire reforestation and basic land-management issues.
The issue has prompted botanical gardens around the nation to raise the alarm. Colleges are beefing up plant identification coursework for a generation of botanists more focused on their microscopes than studying leaf patterns. Bills introduced in the U.S. Senate in July [2018] and the U.S. House [in 2017] are aimed at promoting botany education.

I confirmed this fact with a young friend of our family who is studying botany in college. She related a conversation she had with one of her professors who had the same worry: Too few students are focusing on the actual study of plants, and most are instead studying the commercialized applications of the discipline. Nobody, said her professor, seems interested in the plants anymore. 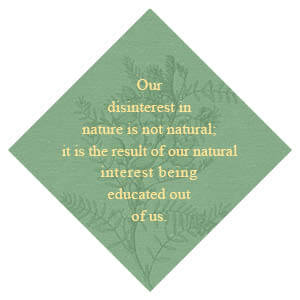 In the article, Belkin relates:

Not only are there fewer university botany programs, but those who graduate from them may not be well versed in plant identification. The cutting edge of plant science, which has commercial applications, is molecular. Students and universities are following the significant money.

There is molecular biology on the one hand, and global ecology on the other, says William Friedman, a Harvard biology professor consulted by Belkin. “The area in the middle is all about how a plant grows; that is disappearing from most university curricula and we need this information because things are changing really fast.”

There is now only one botanist on the federal payroll for every twenty million acres of land, many having retired in recent years. And herbaria—plant collections—are disappearing from the colleges in which they used to be housed.

The money one can make in molecular biology is one reason for the shift away from a focus on plant identification. And the focus on global ecology is another.

We don’t understand much about the natural world because we don’t spend much time in it, and because we are not taught about it. What is the solution to Nature Deficit Disorder?

There are two ways to regain the connection we once had with the natural world. I call them Nature and Narrative.

The nature aspect is twofold. First, we must begin to do again those things we once did: to reconnect ourselves personally with the natural world and interact with it. Before the internet and video games children played outside. They got dirty. They climbed trees. They chased birds and caught insects. They picked flowers. We can unplug our kids and shoo them out of the house.

Second, we must learn about nature. We can avail ourselves of educational programs that prompt our children to approach nature in a more natural way. The study of birds and insects, mammals and trees, can make an encounter with nature more enriching and enjoyable.

To learn the different kinds of rocks and plants and animals is a fascinating study if done properly. No child is impervious to the excitement of finding a fossil or a geode. Finding a bird’s nest with eggs or a plant with a unique and beautiful flower is made even more interesting if you can identify the type of bird or plant it is, and how it is related to others of its kind. In making a study of these things using a nature study program, you are working with the natural curiosity of a child, not against it.

Our disinterest in nature is not natural; it is the result of our natural interest being educated out of us.

The second way to rekindle an interest in nature in our children is to study those who have studied it—to know something about the great discoveries and the great discoverers. Children learn facts best through narrative, and there is a treasure trove of fascinating tales of human courage and ingenuity to be drawn from our quest to understand the physical world—from the story of Archimedes discovering water displacement to Isaac Newton watching an apple fall from a tree; from Madame Curie’s work on radioactivity to Watson and Crick’s discovery of the structure of DNA.

Nature and narrative, study and story—in these two ways we can reintroduce our children (and ourselves) to the wonder of the world.