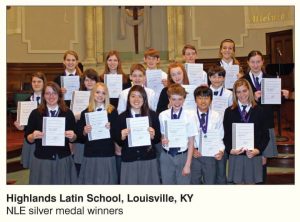 The National Latin Exam, sponsored by the American Classical League and National Junior Classical League, is an international competition for middle and high school Latin students. Each exam consists of forty multiple choice questions over Latin grammar, vocabulary, translation, English derivatives, and the history, geography, and culture of Greece and Rome.

There is an Intro. Exam for middle school students and Exams I-IV that generally correspond to the four years of high school. Students who score above the national average are given awards; certificates and ribbons for the Intro. level, and certificates and gold and silver medals for levels I-IV. The exam is given the first full week in March. The syllabus for the different level and practice exams can be found on the NLE website: nle.org.

At Highlands Latin, we devote two weeks to test preparation for all students who are in Second Form Latin or higher. Students who earn four gold medals on Levels I-IV Exams are awarded an Oxford Classical Dictionary and are also eligible to apply for a $1000 renewable college scholarship awarded by the American Classical League. This year, fifty-four HLS students earned gold medals and twenty-one earned silver medals. Three students have now earned four gold medals, two sophomores and a senior.

Congratulations to HLS and HLS affiliate schools whose students participated in the National Latin Exam! 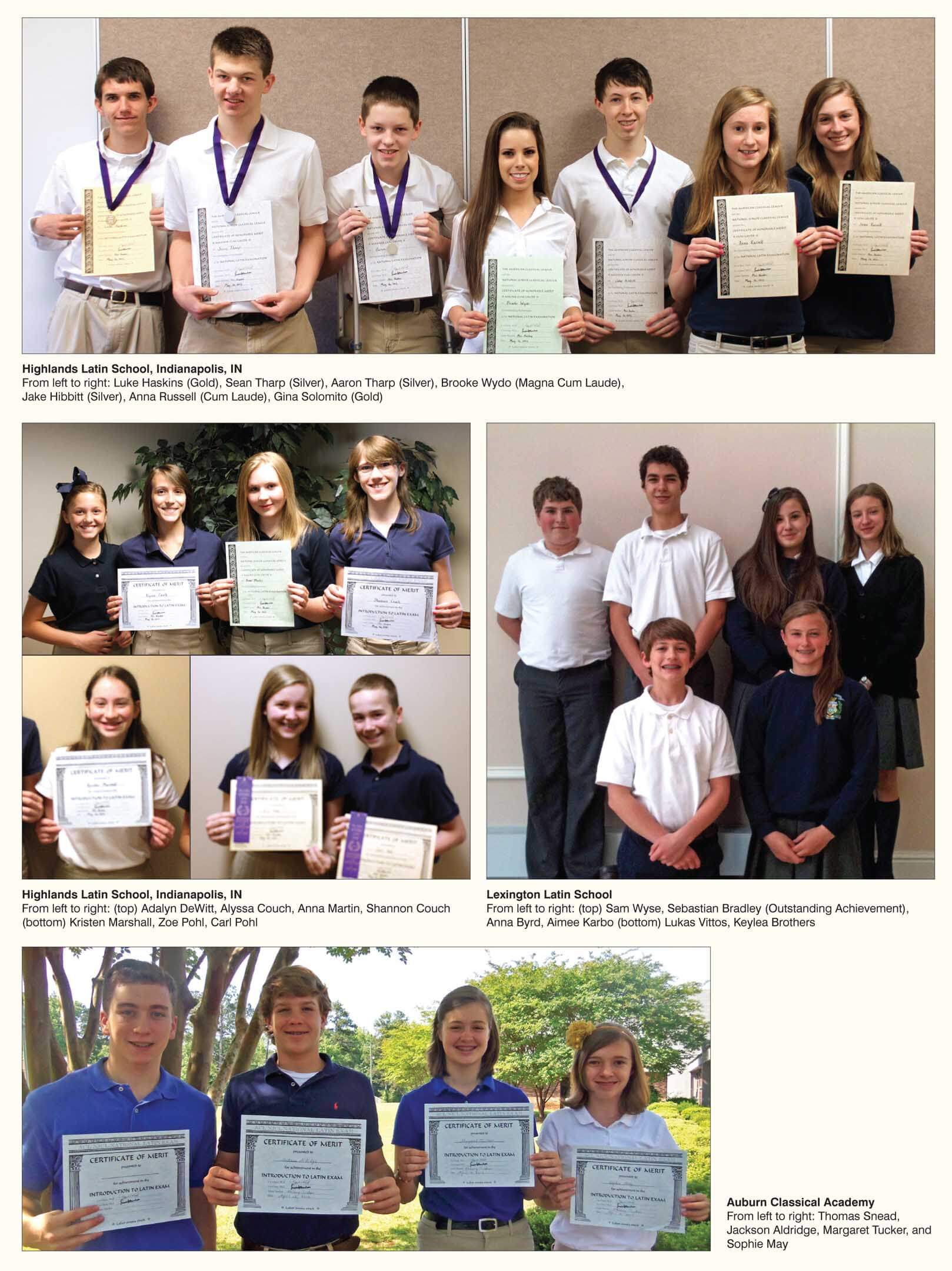