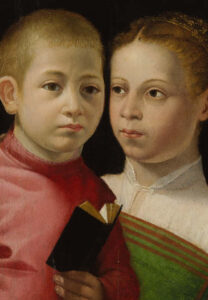 This statement is so obvious that it is hard to believe we have overlooked it in some places, even rejected it in others. As the theologian Martin Buber pointed out, the teacher is different from other influences in one important way, and it is definitely not in his neutrality. As Buber wrote:

… the educator is distinct from [all other influences] by his will to take part in the stamping of character and by his consciousness that he represents in the eyes of the growing person a certain selection of what is, the selection of what is “right,” of what should be.

Now, I am not talking about browbeating students into accepting points of view. That is simply hard indoctrination, which we all deplore. Nor am I talking about moralism. I am talking about ethical candor. To put students in the presence of a morally mature adult who speaks honestly and candidly to them is not to violate their rights. On the contrary, it is essential to students’ moral growth. And it seems to me that this is why many teachers entered the profession in the first place—because they thought they could make a positive difference in the lives of students, in the development of their character, to make them better as men and women, as well as to help develop their skills.

The second condition for a proper ethos in the school is this: We must have teachers and principals who not only state the difference between right and wrong, but who make an effort to live that difference in front of students. In this business of character, there has never been anything as important as the quiet power of moral example.

You can’t expect children to take messages about rules or morality seriously unless they see adults taking those messages seriously in their day-today affairs. Certain things must be said and certain examples must be set—there is no other way. These are the first and most powerful steps in nurturing character and developing moral literacy in the young.

And what do I mean by “moral literacy”? As E. D. Hirsch has pointed out, being literate entails more than recognizing the forms and sounds of words. It is also a matter of building up a body of knowledge enabling us to make sense of the facts, names, and allusions cited by an author. This background knowledge Hirsch calls cultural literacy. For example, someone who is unsure who Grant and Lee were may have a hard time understanding a paragraph about the Civil War, no matter how well he reads. Likewise, a reader who isn’t familiar with the Bill of Rights will not fully understand a sentence containing the words “First Amendment.” Understanding a subject, then, involves not just the possession of skills; it also depends on the amount of relevant prior knowledge a reader has, on his cultural literacy.

Let me return here to the idea of moral literacy. Because they are not born with this knowledge, children need to learn what the fundamental traits of character are— thoughtfulness, fidelity, kindness, diligence, honesty, fairness, self-discipline, respect for law. As I have said, children will learn them most profoundly by being in the presence of adults who exemplify them. But we can help the grasp and the appreciation of the desirability of these traits through the curriculum.

Do we want our children to know what honesty means? Then we might teach them about Abe Lincoln walking three miles to return six cents, and, conversely, about Aesop’s shepherd boy who cried wolf.

Do we want our children to know what courage means? Then we might teach them about Joan of Arc, Horatius at the bridge, and Harriet Tubman and the Underground Railroad.

Do we want them to know about kindness and compassion, and their opposites? Then they should read A Christmas Carol and The Diary of Anne Frank and, later on, King Lear.

We want our children to know what faithfulness to family and friends means, and so they should know how Penelope and Telemachus and even an old dog waited twenty years for Odysseus to come home. We want them to know about respect for the law, so they should understand why Socrates told Crito: “No, I must submit to the decree of Athens.”

We want them to know about persistence in the face of adversity, and so they should know about George Washington during the Revolution and Lincoln during the Civil War. And our youngest should be told about The Little Engine That Could.

We want them to see the dangers of an unreasoning conformity, so we should tell them about the emperor’s new clothes and about the Salem Witch Trials. We want them to see that one individual’s action can make all the difference, so we should tell them about Rosa Parks and about one man’s discovery of a vaccine against polio. We want our children to recognize greed, and so they should know King Midas. We want them to recognize vanity, and so they should read “Ozymandias” and learn about Achilles.

We want our children to respect the rights of others, and so they should read the Declaration of Independence, the Gettysburg Address, and “Letter from Birmingham Jail.”

They should know about Ruth’s loyalty to Naomi, Joseph’s forgiveness of his brothers, Jonathan’s friendship with David, the Good Samaritan’s kindness toward a stranger, and David’s cleverness and courage in facing Goliath, as well as Cain’s treatment of his brother Abel.

Do our children know these stories, these works? Unfortunately, in many places, they do not. Why should we go to the trouble of teaching these stories? First, because these stories and others like them are interesting to children. For getting children’s attention, nothing in recent years, on TV or anywhere else, has improved on a good story that begins: “Once upon a time….”

Second, because these stories give children some specific, common reference points. Our literature and history are a rich quarry of moral literacy. We should mine that quarry. Children must have at their disposal a stock of examples of right and wrong and good and bad—examples illustrating that, in many instances, what is morally right and wrong can indeed be known.

The third reason is that they can help anchor our children in their culture, its history and its traditions. Our traditions are a source of knowing the ideals by which we wish to live our lives. We should teach these accounts of character to our children so that we may welcome them to a common world, and in that common world to the continuing and common task of preserving the principles, the ideals, and the notions of greatness we hold dear.