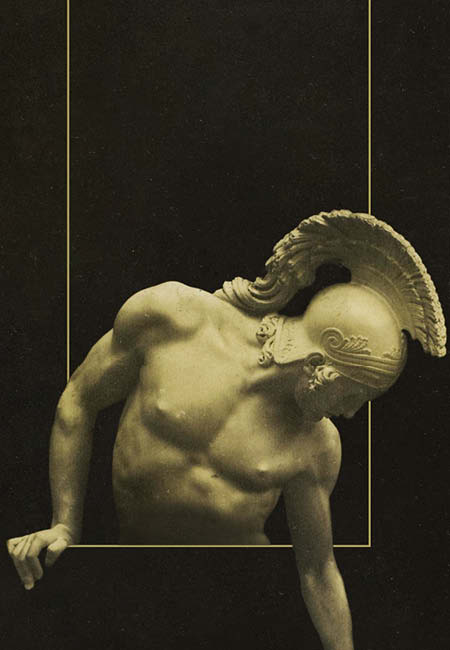 In After Virtue, Alasdair MacIntyre observes that in all classical and heroic societies, “the chief means of moral education is the telling of stories.” In a real sense the heroes of the Iliad and the Odyssey were the moral tutors of the Greeks. Likewise Aeneas was the model of heroic piety on which young Romans were nurtured. Icelandic and Irish children were suckled on sagas. And the Christian world, which reaped the inheritance of both classical and heroic societies, carried on this tradition of moral education with Bible stories, stories from the lives of saints, and stories of chivalry. To be educated properly was to know of Achilles and Odysseus, Hector and Aeneas, and later to know of Beowulf and Arthur and Percival and the Christian story of salvation.

The telling of stories does not seem to hold a place of much importance in contemporary attempts at moral education. In most American and Canadian schools, the favored methods for developing moral awareness are the moral reasoning approach of Harvard psychologist Lawrence Kohlberg and the values clarification approach developed by University of Massachusetts psychologist Sidney Simon and his colleagues. These models rely heavily on group discussion, analysis of competing claims, and the development of decision-making skills. The closest approximation to a story is the presentation of a moral dilemma: a man contemplates stealing a drug for his dying wife; passengers on a foundering lifeboat decide whether to toss their fellows overboard and who should be sacrificed; survivors in a fallout shelter debate whether to admit outsiders to their sanctuary.

It will be apparent at once that there are important differences between these modern “fables” and the old ones. And the differences give us a clue to the differences in thinking that animate the modern as opposed to the classical and Christian approaches to moral education. The first difference is that no attempt is made to delineate character in the moral dilemma, whereas character is everything in the heroic story. In the saga or epic, everything revolves around the character of the hero—whether he exercises, or fails to exercise, the virtues. But the characters in the dilemmas have no characters, only decisions to make. Both Heinz (the man in the purloined drug dilemma) and Ulysses must aid their wives, but there the comparison ends. Heinz is no Ulysses. He is a blank, a cipher. He is there because he is needed to present a dilemma. We have no interest in him, only in his case. One cannot imagine parents passing down to their children the saga of Heinz and the stolen drug.

The second difference is this: The actors in the dilemmas are not tied to any social particularities—traditions, loyalties, locations, or histories. True, Heinz is attached to his wife, but there is no indication why he should be. We know why Ulysses is eager to return to Penelope, since her virtues are carefully enumerated. As in all the old stories the hero’s deeds are rooted in loyalty, not only to homeland and tribe, but also to hearth—essential details that are absent from the dilemmas.

What is implied in this approach is that particular loves and loyalties—the kind that make for a good story—are largely irrelevant to moral issues. One can somehow dispense with the prelude of moral particularities and leap right into the arena of universal principles. The assumption is that the kernel of good moral judgment lies in abstract devotion to abstract principles. In Kohlberg’s scheme, where justice is the sole guiding principle, one must leave mother and father, wife and husband, and cleave to the principle of Justice with a capital J. Moreover, there is the suggestion that devotion to father and mother or attachment between wife and husband may have nothing to do with the pursuit of justice. As in so much contemporary psychology, the central concern is with the autonomous individual.

The third difference between the old stories and the new dilemmas is that the new stories, properly speaking, do not have endings. They are open-ended, unfinished. They await your judgment. What should the shelter survivors do next? You decide. Was Heinz right to steal the drug? You decide. There is, in short, no sense that the story is ever complete or definitive. It’s up for grabs and will be again next year with the next class. You can do what you want with these stories; you cannot with the Odyssey. There is no sense in these stories of a life fully lived or a mission completed. All of which amounts to saying that they are not stories after all. The old storytelling approach to moral education has been replaced with something new.

The new approach is one from which the concepts of character and virtue are entirely missing. From its point of view, the life of a man is envisioned not as a personal story in which accumulated habits and actions may eventually harden into virtue or vice, but as a disconnected series of ethical and other dilemmas—all amenable to rational solution. If we return to the heroic, classical, and Christian stories, we can see how stark this contrast is and how radically novel the new approach is. And although the current techniques of moral education are largely the offspring of psychologists, we may note that the ancients had a more profound grasp of the psychology underlying moral education.

The telling of stories—as opposed to the presentation of open-ended dilemmas—implies first of all that adults have something to pass on to children, a valuable inheritance that children might not come by on their own. This is easy enough to accept about other cultures. “If we were anthropologists observing members of a tribe,” writes Andrew Oldenquist, “it would be the most natural thing in the world to expect them to teach their morality and culture to their children and, moreover, to think that they had a perfect right to do so ….” If we observed, he continues, that a society failed to do these things, we would conclude that they were “ruined, pitiable, alienated from their own values, and on the way out.” As I say, this is easy enough to see for other cultures, but when it comes to our own, a certain inhibition against cultural transmission sets in. A pervasive mentality of nondirectiveness and subjectiveness dictates that we don’t have the right to impose our values on our children. And consequently, we are forced to create the fiction that each child is in his own right a miniature Socrates—a moral philosopher, as Kohlberg would have it.

The traditional view is that adults do possess a moral treasure, and that to deprive children of it would in itself show a lack of virtue. We do not, to draw a rough analogy, wait until our children have reached the age of reason before suggesting that they brush their teeth. But sooner or later children will be able to figure out for themselves that brushing is a prudent practice. This is not necessarily true of moral practices. The moral treasure can be acquired only in a certain way. And if it is not obtained in that way, it is not possessed at all. This is why Aristotle said that only those who have been well brought up can usefully study ethics. And why Plato maintained that the well-bred youth is nurtured from his earliest days to love the Good and the Beautiful “so that when Reason at length comes to him, then bred as he has been, he will hold out his hands in welcome and recognize her because of the affinity he bears to her.”

What, then, is the proper form of education in regard to morality? It is, necessarily, an initiation, “men transmitting manhood to men,” as C. S. Lewis puts it. And this is best accomplished not by direct moral exhortation but indirectly through example and practice. One cannot have classes in moral education. It is, rather, more like an apprentice learning from a master.

Yet, even in the most virtuous of societies, adults, recognizing their own shortcomings, have seen the need to point to examples of moral wisdom and moral courage beyond themselves. Hence the reliance on heroic stories as the embodiment of cultural ideals. When virtues have fallen into desuetude, the need for stories about virtuous and courageous men, women, and children becomes more acute. Aware of this, Lewis created in The Chronicles of Narnia literature of virtue of the type that can be considered both exemplar of and preparation for a mature morality. They certainly seem to embody Aristotle’s dictum that the aim of education is to make the pupil like and dislike what he ought.

Stories of Virtue, Fortitude, and Justice can and should play a central part in the formation of good habit, that is, in the formation of character. Stories provide a way of habituating children to virtue. They help to instill proper sentiments. They reinforce indirectly the more explicit moral teaching of family, church, and school. They provide also a defense against the relentless process of desensitization that goes on in modern societies. And they provide a standard against which erosion of standards can be measured.

In addition, stories expand the imagination. Moral development is not simply a matter of becoming more rational or acquiring decision-making skills. It has to do with vision, the way one looks at life. Indeed, moral evil and sin are sometimes described by theologians as an inability to see rightly. Conversely, moral improvement is often described as the result of seeing things in a different light or seeing them for the first time. “I was blind but now I see” is more than a line from an old hymn; it is the way a great many people look at their moral growth. The transformation of the moral life is rarely effected without a transformation of imagination. It follows that one of the central tasks of moral education is to nourish the imagination with rich and powerful images of the kind found in stories, myths, poems, biography, and drama. If we wish our children to grow up with a deep and adequate vision of life, we must provide a rich fund for them to draw on.