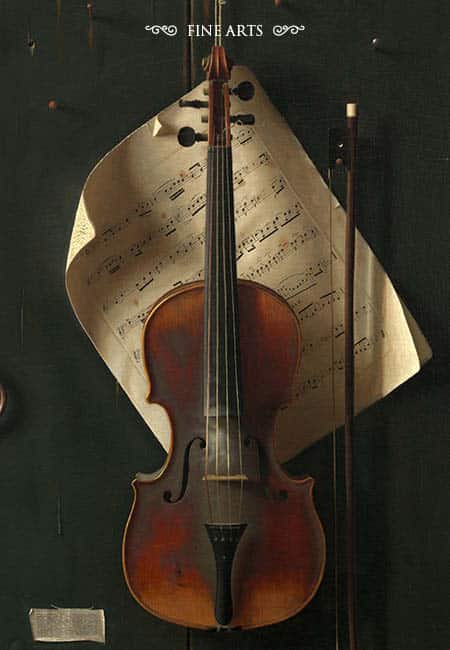 “How do you hold a moonbeam in your hand?”

This charming line from the song “Maria” in The Sound of Music reminds us that music cannot be held in the palm of one’s hand or measured by physical parameters. Like a moonbeam, music’s substance is intangible.

Music springs to life from sound waves emanating from instruments and voices. These waves are received by the ear and pressed into our brains. The phenomenon we call “hearing music” triggers a complex web of responses and associations. It sets our minds and our bodies into motion.

Even more marvelously, humans have the capacity to memorize, store, and recall vast amounts of music. Endless hours of musical compositions can dwell in our brains. This mental or remembered music exerts a discernable effect on our feelings and uplifts our spirits. From the womb until our last breath, music ranks as one of life’s most powerful forces.

With music as such a force, would we not expect it to be accorded a hallowed place in the formal instruction of our children? Tradition proclaims “yes,” but the situation today is quite the opposite. Finding schools where music is taught seriously, including institutions engaged in the revival of classical education, is distressingly rare. The magnificent commitment to music evidenced in a school like Highlands Latin School in Louisville, KY, where serious choral training begins at the youngest ages, proves how much can be achieved, but also demonstrates the institutional constancy needed to achieve such levels.

What makes the teaching of music so difficult? Do the logistics of required time and materials account for the problem? To a degree, yes. But our modern misunderstanding of music as entertainment is a bigger factor! After all, once music is labeled as an entertainment, the hapless label of “elective” is quick to follow.

The first step in restoring music to its core position in a child’s educational development may be to acknowledge its ephemeral nature. Real music exists solely in real time. It sounds only as long as the sound waves vibrate. To repeat the image above, it cannot be contained in the palm of the hand, which means that its benefits are harder to measure in the short term. 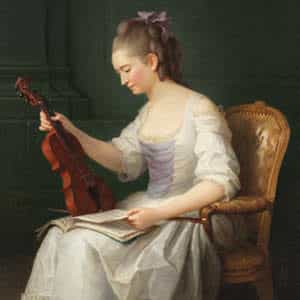 The second step—the most difficult to remedy—brings us face to face with the mixed blessing of recorded music. In a world where a three-year-old can utter “Alexa, play a famous symphony,” and strains of Beethoven’s Ninth fill the room, the ancient equation of striving towards accomplishment is turned upside down. Quickly, the irreproachable status that music-making and musical training formerly held in Western culture disintegrates. As an example, why stretch the budget to buy a piano or organ and search for someone to play it when—click—with the push of a button a digitally sampled Steinway or pipe organ can accompany our hymns at chapel?

Would we accept this approach elsewhere in our curricula? Would we be content with: “Alexa, conjugate these irregular verbs”? Indeed, why teach the periodic table when Alexa already knows the atomic number of zinc?

But let’s push these two considerations aside and take on the biggest culprits that must be defeated: the false notions that genius alone drives the creation of good art, and that emotional fulfillment is music’s primary goal. Western culture fell prey to these concepts in the nineteenth century, when the Romantic era gave rise to the idea of the “creative genius” whose emotional passion magically produced great works of art. This false façade taped over and obscured the actual, tedious process of composing, learning, and performing music. It contributed mightily to music losing its ennobled status within pedagogy as part of the quadrivium and being perceived, instead, as a product merely of emotional outpouring.

Talent, of course, does play a role in music. Emotional expression has its place also. But neither aspect alone can produce great art. Great art begins with classical training. The essential process of tediously molding, honing, and polishing an artistic creation has not changed since time began. We see this fact demonstrated vividly if we watch a sculptor cut away a block of marble so that a statue can emerge. It is harder to see the mechanical steps in an art that is based on invisible sound.

People often are surprised to learn that most of what a J. S. Bach or a Mozart achieved can actually be trained into a moderately talented person. Granted, that final ten percent of elusive “genius” does make a difference. But without step-by-step training across many years, a composer cannot write a great fugue, structure a towering sonata, wrestle poetry into an unforgettable opera, or turn melodies and harmonies into a brilliant tone poem like Also sprach Zarathustra or Don Quixote.

The copybook, then, is just as relevant a tool for training in music as it is for literature or language. This copybook, though, has blocks of five lines and four spaces. Equally essential is the watchful eye of a demanding teacher, particularly in the areas of harmony, part-writing, counterpoint, and orchestration. Necessary, too, is the ceaseless diligence of a teacher who shows a student repeatedly how to finger a complex passage or produce the pure vowel sounds that carry a singer’s voice to the highest balcony (sans microphones, of course!).

Like the rays of moonlight that enchant the eye, notes of music inspire and energize our being. Glorious music can change the entire outlook of a child towards life itself. Such music can bind up the inevitable wounds of experience and foster the internal stability each child needs to strive towards his goals.

Remember, too, that our society absolutely does support the resources and training necessary for gymnastics or sport, endeavors highly praised by the ancients not for their entertainment value or emotional fulfillment, but for the strength and focus they conferred on body and mind. It would do us well to remember that music was once encompassed in the same way, and by the same thinkers. The intangible qualities of music are, in fact, transcendental qualities, and like things “invisible, not seen,” they need to flourish at the center of our quest to renew classical education.