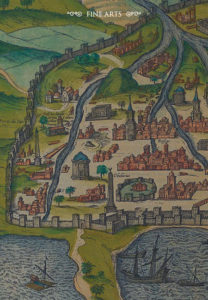 One of my favorite children’s books happens to be Uri Shulevitz’s How I Learned Geography. Touchingly illustrated by the author, the story is based on Shulevitz’s actual childhood. Born in Warsaw in 1935, he fled with his family after the Nazis incinerated the city center in 1944 and razed Warsaw to the ground. The family was taken to a refugee camp in the remote steppes of Turkestan. There, everything was harsh and unwelcoming. After a number of years, the Shulevitz family found a pathway to Paris, and ultimately Israel.

The storybook recreates Uri’s life in that Turkestan village through the character of a little boy fleeing exactly the same tragedy. War refugees lived in trying circumstances and existed primarily on small parcels of bread. So, it was a serious decision when the father in the story (and Uri’s own father in actuality) chose one day to invest the pennies available for daily bread to buy a wall map. The seemingly frivolous purchase was met with ire by the wife and the hungry boy. The child went to bed filled with anger and shame.

Yet, the next morning, when Father hung the map, the drab, dusty hut built from blocks of camel-dung transformed into a living cinema. The child spent hours gazing at the colorful map, memorizing the strange names, marveling at the blue seas, tracing the mountain ranges, and copying its details onto any scrap of paper available. In his imagination, he flew across the globe, ran on beaches, swung with monkeys, ate fresh mangos and papayas, froze in the Arctic, and stood in awe of the endless windows of New York skyscrapers.

At the story’s end the child forgives his father, for Father had been right. For Shulevitz, that long-ago map and the waves of imagination it triggered got him through an awful period of displacement and set his course to become a fine author and illustrator.

Few things are more powerful or valuable than the human imagination. Expressions of the imagination garner praise in young children, but later imaginative play often gets labeled as a distraction that needs to be put aside. Imaginative speculations (and the mess they create) are muzzled. The wrongness of this muzzling ought to be self-evident, particularly since we simultaneously praise the imaginations of writers, inventors, and artists who long ago created works like the Divine Comedy, the printing press, or the glorious ceiling of the Sistine Chapel.
Beyond fostering tangible, praiseworthy achievements, the imagination has the power to nurture the well-rounded mental, emotional, and spiritual development of every person. The beloved author L. Frank Baum wrote in his introduction to The Lost Princess of Oz:

The imaginative child will become the imaginative man or woman most apt to create, to invent, and therefore to foster civilization.

How, then, do we nurture this intrinsic, intangible ability in our children? Certain steps are clear. For starters, avoid labeling or denigrating a child’s imaginative expressions and activities. Take a strong stand to eliminate actions and attitudes that kill the imagination. Disallow immersion in, or even regular exposure to, video screens. Turn off the endless chatter of TV and replace it with reading good literature aloud and listening to fine audiobooks. Doing these things removes many a pollutant of the imagination.

The imagination is stirred and strengthened through exposure to beautiful, interesting objects. Fill the home with books, costumes, simple musical instruments, and items that are the products of skilled hands, such as hand-stitched quilts, real china and cut glass, hand-carved and hand-painted decorations, and loom-woven fabrics. These things are cheap to obtain nowadays in thrift stores and yard sales since so few modern people want them.

Keep a pile of art and craft supplies nearby. Spend significant time out-of-doors, observing and experiencing nature. Expose the whole family to great music, dance, and theater, either live on stage when possible, or through prepared viewings of classic works via DVDs, streaming services, and the online offerings of the world’s best companies like The Metropolitan Opera, The Royal Ballet of London, and the Royal Shakespeare Company, as well as many world-class orchestras. (As you prepare these experiences, remember that professional companies produce a wide variety of performances, so screen your chosen works.) Like a daily diet of nutritious food, a regular diet of these offerings feeds the health of the imagination. 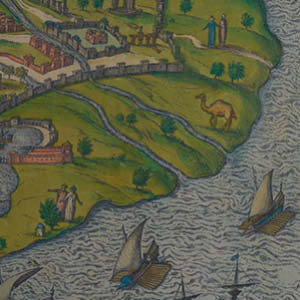 Additionally, from a young age, employ styles of discussion and inquiry that help students strengthen the intellectual and verbal sides of their imagination. Foster an awareness of the style, details, sweep, and placement of illustrations in books. When introducing a novel, poem, or short story, stop the momentum to have students predict subsequent scenes, dialogue, or character development. From science to history, help them see the limits of solely learning facts, names, and dates. Ask them to rethink historical or current developments—what might have happened if certain elements had been rearranged or occurred differently? Spending time with these kinds of activities is the opposite of “wasting time.” Instead, it brings the imagination to maturity and burns a vibrant blueprint for learning into the brain.

The imagination unleashes a powerful fusion of skill and courage: It could hold the key to survival in desperate circumstances. Recall the Father in How I Learned Geography who invested “foolishly” in a tool to stimulate his son’s imagination. Let that be a reminder that a well-fed imagination can bring concrete aid to a child negotiating the effects of displacement, family distress, destitution, and acts of destruction.

Accordingly, consider (and teach about) the ways people throughout history have employed their imaginations to free themselves from danger and despotism, such as those bold East Germans who fled the strictures of Communism in homemade hot-air balloons or the ones who secreted themselves in the interior cavities of someone’s tiny Trabant (two-cylinder East German car) before it crossed the border.

And here is one last thing: Do not feel anxious about children who engage seriously in imaginary relationships. The digital age has narrowed the corridor for imaginary pets and imaginary friends or siblings. Without my own long-lived imaginary friend, my childhood would have been far lonelier. I would have lost a comforting sounding board for my ideas and an invisible poultice in moments when I felt no one understood me.

The exercise of our imagination may, at first glance, seem like the whisp of a breeze, dotted by color from a butterfly’s wing. But imagination can snap to become a glistening, sharp-edged sword that slashes through obstacles and lifts us above adversity. Let us rejoice in this Divine gift and value it accordingly.