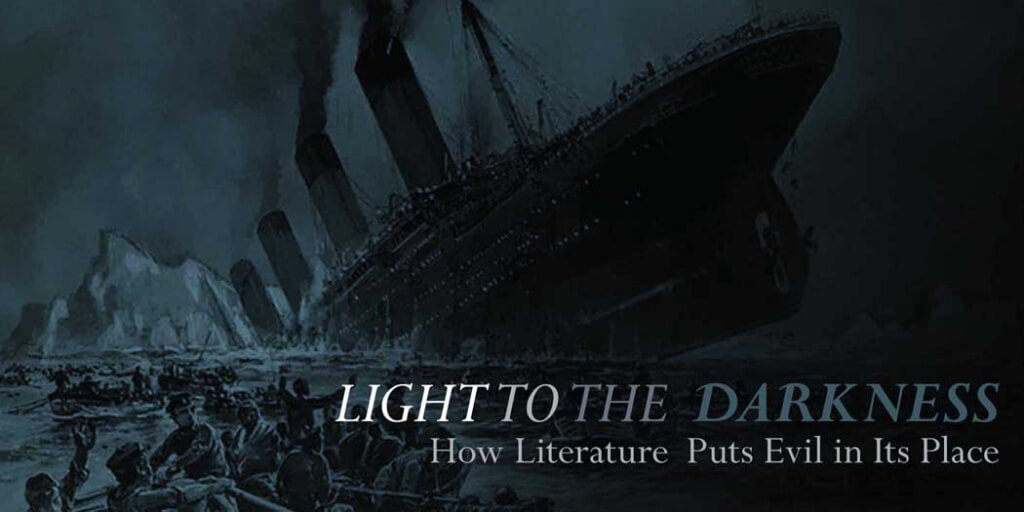 Narrative accounts and musical commemorations follow in the wake of every disaster. From the Iliad and the Odyssey, written about events related to the Trojan War, to Gordon Lightfoot’s “The Wreck of the Edmund Fitzgerald,” literature and music have dealt with destruction and death.

There are at least twenty-four movie and television dramatizations about the sinking of the Titanic, and over a hundred songs. You can order The Great International Disaster Book on Amazon.com. And you can find a website called “The Natural Disaster Songlist.”

We at least profess not to enjoy actual death and destruction, so what makes us like to read and sing about it? What so attracts us to books like Elie Wiesel’s Night, or songs like Georgie Fame’s “The Ballad of Bonnie and Clyde”? What was it about the blind bard in Homer’s Odyssey who sings to Odysseus the story of his sorrows that somehow comforts him?

When twenty-six people were shot by a gunman at a school in Newtown, Connecticut, in 2012 (twenty of them children), the community did something similar to what the friends and families of the victims of the sinking of the Edmund Fitzgerald did: They went to church. “In a musty old hall in Detroit they prayed/In the Maritime Sailors’ Cathedral/The church bell chimed ’til it rang twenty-nine times/For each man on the Edmund Fitzgerald.”

The resort to religion is, in fact, the norm when it comes to responding to disaster. Why? When death and destruction assail us, what is it we seek that in a church we might find?
Let’s think first about what we do not seek.

Once news stations have repeated the video footage of the latest incidence of evil or suffering ad nauseum, they next invite the commentators in to put the events in some kind of perspective. In doing so, the viewer is encouraged to think of the event as an abstract or technical problem.

First the psychologists are brought in, who analyze the problem in the clinical terms of science. They offer “treatment” to rid the sufferer of “grief” and to bring about “closure.” When viewed in these terms, it is easy to view suffering as a disease from which we need to be cured.

If we are allowed to think about the problem in more depth before the next urgent news story comes along, we can also think about it logically. We can try to seek an answer to the logical dilemma of evil:

From a logical perspective, the argument is unanswerable. Once we admit the evil, we are faced with either rejecting the goodness of God or His omnipotence—neither of which a Christian can do. We could deny that evil exists at all, but that somehow seems less than realistic.

A Riddle in the Dark

The problem of evil is, to steal a phrase from The Hobbit, a “riddle in the dark.” And psychologists and philosophers (at least modern ones) do not do well in the dark. They fly by day.

These two approaches do not address the real problem. At least they do not address the issue with which people who experience suffering actually struggle. In fact, the vast majority of those who actually suffer evil can’t even tell you what the psychological or logical issue is. And even if they know the path to a cure or the solution to the problem, they realize that both are unsatisfying.

In the Biblical story, Job is dealing (whether he knows it or not) with the real question—”Why is evil happening to me?”—while his Comforters are dealing with the logical question—“How can there be evil and suffering in a world created by a good and all-powerful God?”

His rationalist Comforters bring Job reasons. They assume that evil fits into an understandable logical scheme, in which the good are rewarded and the bad punished, and they demand that Job acknowledge this. But that would require Job to deny a truth that God has already affirmed—that he is a good man who does not deserve to suffer. The Comforters think Job’s suffering must fit into their logical view of the world, but Job knows that it does not.

When God speaks to Job out of the whirlwind, He does not give him reasons for his suffering or an explanation for why evil has come upon him. He never answers the question Job’s Comforters have trained him to ask. What God gives Job is not reasons, but the news of the poetic order of the world. He doesn’t give Job an answer: He shows him a vision. The world as God shows it to Job is more like a poem than a syllogism. In the Hebrew, God’s speech is, in fact, a poem.

God gives Job the poetic vision of an ordered world, a world which is completely under His control, a control that Job, as a mere man, cannot himself see. It is a world in which evil does not have an explanation, but a place—a place in this poetic order.

God offers Job, not solutions, but even more mysteries, mysteries that somehow address his problem. “The riddles of God,” says Chesterton in his great “Introduction to the Book of Job,” “are more satisfying than the solutions of men.”

What most disturbs us about evil is not evil itself. What most disturbs us about it is its seeming absurdity—that it seems a morally orderless abomination in what we think should be a morally ordered world. This is why the grieving families and friends of the Newtown victims—and of those who died what seemed a senseless death in the wreck of the Edmund Fitzgerald—went to church. They went to do two things: to sing and to listen. They went to hear and sing about “an old, old story.”

A church service provides the sufferer with two things that psychological and logical answers do not give: context and cantation—story and song.

The Context of Evil

A heroic death is more clearly part of a meaningful narrative, whereas a child being killed by a stray bullet seems random. When someone dies after a long, productive, meaningful life, we feel much differently than we do about a child who dies in infancy. In the former case there is no challenge to meaningfulness; in the latter there is.

This is why Dostoyevsky’s Ivan Karamazov chose cruelty to children as the paradigm case of evil in The Brothers Karamazov: On the surface, the rationalistic atheist Ivan is talking about the logical problem of evil. But more fundamentally, he is articulating to his brother Alyosha, a devout Christian, a universe without metaphysical order—a universe in which evil and suffering do not make sense and are out of anyone’s control.

What Dostoyevsky is really pointing out is that what we fear is not evil per se, but metaphysical chaos. What scares us is not bad things; what scares us, to use the words of William Butler Yeats, is that “things fall apart—the center cannot hold.”

The only “problem” with the problem of evil is that we do not, and most of the time cannot, see the overarching narrative theme in which evil happens.

This is the case in All Quiet on the Western Front. The characters in Erich Maria Remarque’s story see the wholesale slaughter of human life in the trenches around them as without purpose, meaningless and absurd. We readers see only what the soldiers see, and we are never shown, in the story itself, what the purpose of these events is. They seem to have no meaning or purpose. How different our view of these same events would be if we were given access to the war room in which the battles that Remarque’s soldiers were waging were being planned and executed. From that perspective, the deaths would have some place in a larger purpose that would provide a metaphysical context that gives meaning to the individual actions of the soldiers who can’t see all this on the ground.

This larger narrative framework is what Sam Gamgee seeks when, as he and Frodo are entering Mordor, he says:

I wonder if we shall ever be put into songs or tales. We’re in one, of course; but I mean: put into words, you know, told by the fireside, or read out of a great big book with red and black letters, years and years afterwards. And people will say: “Let’s hear about Frodo and the Ring!”

Sam was seeking a moral context in which he and Frodo could locate their experiences. They gained comfort from knowing what story they were in.

“We are willing to endure suffering,” says William Kilpatrick, “when the suffering has meaning.” This is why literature succeeds where philosophy fails. “Reason is the organ of truth,” says C. S. Lewis, “but imagination is the organ of meaning.” Truth is not the problem when we are faced with evil. Evil is there and we know it. Its truth is clear enough. It is the meaning, the thing we really desire to know, that we most fail to see.

The meaning of evil can only be seen through a plot, in a particular setting, in which characters each play their part. It helps us to see that, in our own story, we too are characters who have a role to play in a larger plot that gives meaning to our actions. “Act well your part,” says Alexander Pope, “there your honor lies.”