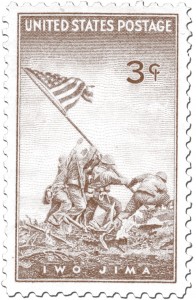 For some thirty years after the United States won World War II, there were islands dotting the Pacific where stray Japanese soldiers still hid in the jungles, unaware that the war was over. Even though the end of a war is a big event, it takes a while for some people to get the memo.

American education has experienced its own war: the war over reading. It was a contest between whole-word approaches to reading, in which children were taught word by word, and phonics approaches, which taught decoding skills so that they could read any word. And although some people are apparently still unaware of it, this war, too, is over.

In 1997, in response to continuing rancor over the best way to teach reading, the United States Congress asked the National Institutes of Health to convene a 14-member panel to look at the available research to determine the most effective kinds of reading instruction. What came to be known as the “National Reading Panel” looked at all the available research on reading. The panel reviewed 1,962 research citations. Only 52 of these met the research criteria of the panel. The panel based their findings on these credible studies.

In its final report, issued in 2000, the panel declared that the best reading instruction involves:

These findings largely confirmed the claims of phonics proponents and largely repudiated the beliefs of whole word or “whole language” advocates. Although the report was attacked by critics for the process by which it conducted its proceedings, not even the critics were able to attack the findings of the report.

The result has been the restructuring of many modern reading programs to reflect a more phonics-based approach. In the wake of the report, California and Texas both mandated phonics instruction, and even the Common Core Literature Standards reflect the findings of the National Reading Panel in its reading guidelines.

The only debate now is what kind of phonics programs are the most effective. What is the best scope and sequence? What learning activities are the most valuable? What are the characteristics of a good phonics program? Developing good readers is our most important academic goal. We should fine-tune our phonics and reading curriculum until it is truly state of the art.

And for classical educators, there is this intriguing question: Is there a classical approach to phonics? And if so, what is it? There seem to be two answers to this question, which is the focus of this issue. It’s time for a civil discussion to begin. The future of classical education depends on getting this answer right.