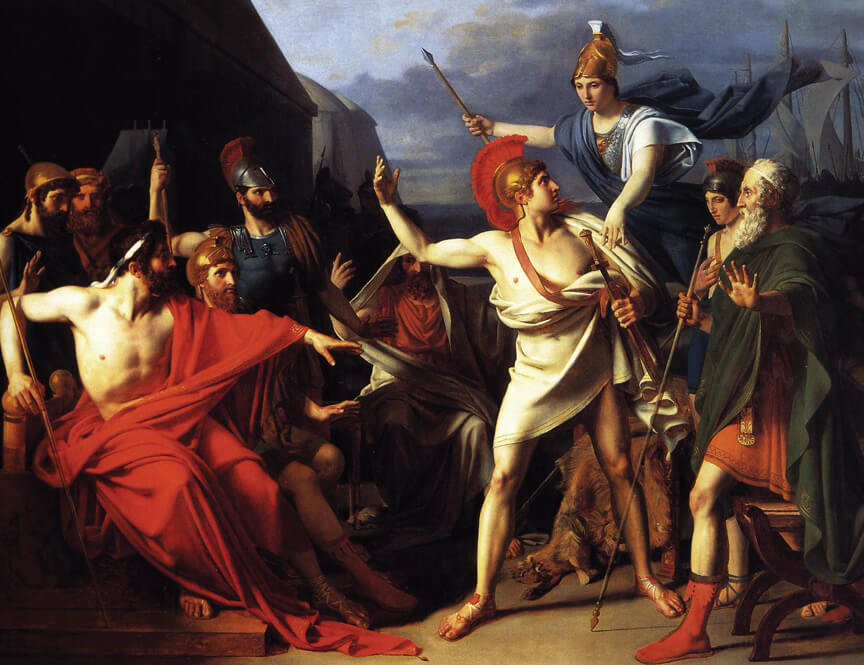 It is not an exaggeration to say that the Greeks invented education as we know it: To them, schooling was a means to pass on their culture. For the Greeks, the primary instrument for this purpose was one book in particular: Homer’s Iliad. It was their national textbook. From it they learned who they were and what they were for.

In this story of the Trojan War, there is a point of crisis for Achilles, the story’s protagonist. He is approached by his old teacher, Phoenix, with some sorely needed advice. But as a sort of preface to his words of wisdom, Phoenix says this: “Your father commanded me to teach you how to speak and what to do …”

Those are simple words, but they constitute what may be the first statement in history of the purpose of education—and maybe the best.

An ability to speak presumes an ability to think—language and thought being two sides of the same coin. The purpose of education, then, is two-fold: how to think and what to do—which is just another way to say wisdom and virtue.

Modern education has two primary impulses. The first is the progressivist impulse. It originates in the late-19th century with thinkers like John Dewey who were concerned primarily with social reform. The political correctness that characterizes modern education theory and the stress on multiculturalism are outgrowths of this movement.

For the progressive educator, the purpose of education is political—its goal is to change the culture.

The second educational impulse in modern education is the pragmatic impulse. It also originates in the 19th century and is an outgrowth of modern scientism. While Dewey was the poster child for progressivism, pragmatism was the brain child of the less well-known William Kilpatrick.

Pragmatism is the impulse behind the vocational emphasis in today’s schools. The purpose of education for the pragmatist is to facilitate the industrial economy.

For the pragmatic educator, the purpose of education is instrumental: It is not to change the culture, but to fit a child to the culture.

These two largely inconsistent goals are joined in an unholy alliance that dominates educational thinking.

We need to realize that classical education does a better job of politically grounding students and giving them skills that will help them in their future profession than progressivism or pragmatism, and it is not chiefly about social reform or vocationalism. It is not about changing the culture or fitting a child to the culture; it is about passing on a culture.

Whereas classical education stresses wisdom and virtue, the political and pragmatic goals of modern education have resulted in just the opposite: Instead of education being about how to think and what to do, education is now about what to think and how to do.

As classical educators ponder what classical education is and how it is different from what is done in the modern school, they need to realize that modern education not only conflicts with the classical goals of education—it turns them upside down.