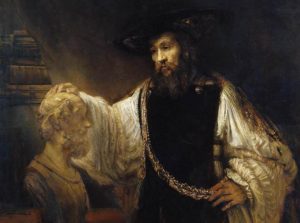 Responsible mothers once admonished their children to refuse to take candy from people they didn’t know. But the great danger to children today is not candy being offered by strangers they have been warned against, but moral advice being offered by experts we have all been told to trust.

A couple of years ago, the now former governor of California was caught in a scandal involving a member of his house staff, an event which caused television news programs to look for explanations in all the wrong places.

CNN’s Anderson Cooper, following the current custom, called in “Dr. Drew,” a TV psychologist, whom he pressed for an explanation. Dr. Drew, who has never actually had the governor as a patient, was in no doubt as to the diagnosis.

It was a “classic case,” he said, of “Love Addiction.”

Now I don’t know how they select the names for diseases in psychology, but I’m thinking that there should probably be some requirement that the name of a psychological malady not sound like the title of a hit song for K. C. and the Sunshine Band.

We witnessed the descent of psychology into disco diagnosis even before this, when TV psychologists diagnosed golf prodigy Tiger Woods with a similar affliction. Woods gladly acquiesced, of course, since it was better to have a disease than to commit a moral failure.

Where once we called in the priest or minister, we now call in the doctor.

You don’t hold sick people responsible for behavior that results from their disease. You let them take leaves of absence so they can go find “professionals,” pay them lots of money, and have scientific-sounding acronyms affixed to their actions—another case of AOD: Acronym Obsession Disorder.

Classical Christian thinkers would have had none of this. Some of them would have read Aristotle and would have seen immediately what was going on.

In his book Rhetoric, Aristotle discusses the seven reasons people do things. These reasons fall into two classes:

For Schwarzenegger and Woods, the problem was clearly related to appetite, an action very much under their control.

Even Dr. Drew acknowledged what we all really know by managing at one and the same time to excuse Schwarzenegger for his behavior by diagnosing him with “Love Addiction,” and reminding his audience that this didn’t make what he did “okay.”

But this makes no sense. You don’t deal with sin by going into rehab.

The same thing happened with Congressman Anthony Wiener: He was at once excused by his psychological diagnosis and ostracized for his moral failure. But could you be kicked out of Congress for contracting cancer? Could you be booted from the Beltway for getting bacterial pneumonia? Would you be forced to flee from Washington when you’ve been found to have fibromyalgia?

We all know deep down—as the ancients and medievals knew consciously—that some behavior is, of its nature, voluntary—and that voluntary behavior has moral implications.

Christianity was at one with classical thought in the belief that we are creatures with a moral purpose consonant with our nature. To fail to live up to nature that had been
created in us—what the Bible calls the “image of God”— was to fall morally short.

We need to learn to speak the language of morality once again. We need to say—and teach our children to say—“This is right” and “This is wrong.” Not only would it be the right thing to do, but it would have the added virtue of angering the Dr. Drews of the world.