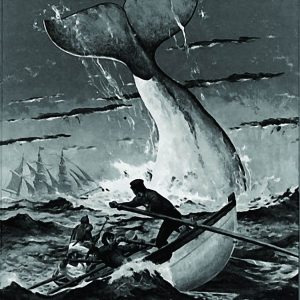 We are often asked, at our school and at Memoria Press, why we use the King James Bible in our program. There are many reasons, but one occurred to me a couple of years ago as I was teaching a young adult Sunday school class on the New Testament book of Mark, which begins with the figure of John the Baptist. “What,” I asked, “is the significance of John in the account of the coming of Christ?” Receiving only blank stares, I pointed out to them the words from Isaiah from my King James Bible:

As it is written in the prophets, “Behold, I send my messenger before thy face, which shall prepare thy way before thee. The voice of one crying in the wilderness, ‘Prepare ye the way of the Lord, make his paths straight.’”

When a king comes, it is a great event, and he is preceded by a herald to mark his advent and to make sure that the road on which he will travel is free of obstruction. In fact, the next few verses recount the baptism of Jesus, when a dove descends from above, accompanied by a voice from Heaven. It brings to mind nothing less than the anointing of a king.

But we modern readers are hampered from seeing the majestic implications of this passage, partly because we as modern people are inured to such things by virtue of living in a modern democratic society that spurns formality and exalts egalitarianism. And the account of the passage in many modern versions of the Bible doesn’t help the situation either. The version my students were using rendered the passage this way:

… as it is written in Isaiah the prophet: “I will send my messenger ahead of you, who will prepare your way, a voice of one calling in the wilderness, ‘Prepare the way for the Lord, make straight paths for him.’”

This is not the way the herald of an ancient king would speak. He would first preface his announcement with “behold” to indicate the gravity of the event which was breaking forth upon the world. And he would send his messenger “before thy face”—the image in words that bespeaks a great personage whose very expression could raise you up with its benevolence or lay you low in its wrath. The people hearing this would know that the witness of it constituted an unspeakable privilege—or an unimaginable danger.

This is not an office memo: This is a formal announcement of the coming of the King. Ancient languages like Greek had this sense to them. We tamper with it at our peril.

In his book Moby Dick, Herman Melville argued that the mode of expression should match the author’s subject. He felt his language should reflect the magnitude of his theme—in his case, a whale:

One often hears of writers that rise and swell with their subject, though it may seem but an ordinary one. How, then, with me, writing of this Leviathan? … Give me a condor’s quill! Give me Vesuvius’ crater for an inkstand! Friends, hold my arms! For in the mere act of penning my thoughts of this Leviathan, they weary me … Such, and so magnifying, is the virtue of a large and liberal theme! We expand to its bulk.

The language of the King James Bible is no historical accident: it is archaic on purpose. Its authors “swell to their subject.” “From his mighty bulk,” Melville continues, “the whale affords a most congenial theme whereon to enlarge, amplify, and generally expatiate. By good rights he should only be treated of in imperial folio.” If a whale (an admittedly grandiose creature) deserves to be so treated, how much more should God himself be treated of “in imperial folio.”

As we render the Word of God into our own tongue, we should think carefully about the ultimate effects of the mode of language that we employ in the communication of its great truths, not just on ourselves, but on our children, and our children’s children, down to the third and fourth generations.