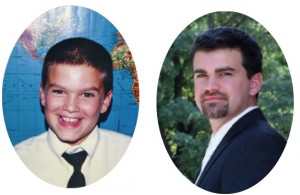 I was in third grade and ecstatic. My two older sisters had been studying Latin with Cheryl Lowe for a year or two already, and I was anxious to prove I could do it too.

“Then let’s hear you recite it,” was my sister’s reply.

“Aha! You got it wrong! The ablative is a, not ae,” she happily pointed out. And so she humbled me as only an older sister can. But that did not stop me from studying Latin. It was impossible for me to imagine not studying Latin since I was innocent of the fact that others were educated differently. From my perspective, Latin was as central as math. I returned to my Latin book and this time I mastered the first declension correctly.

Over the next ten years, I received a classical education—although I wouldn’t have been able at that time to say that’s what it was.

My mother was my teacher and she was only passing on what she herself had received: a traditional, common-sense education. She began with phonics and added Latin at third grade. Math facts were drilled. Unbeknownst to us, she made sure that every game in the house had an educational purpose: Monopoly was permitted because it involved arithmetic; Scrabble reinforced spelling.

My mother also understood the necessity of teaching virtue. One small way she instilled good habits was by teaching responsibility. She made sure I knew the work expected of me each week, but it was up to me to decide when I was going to do it. In that way I began to feel that my education was my responsibility. This virtue did not noticeably spill over into other areas of my life immediately, but later it would.

Much to my disappointment, when I was about to enter the sixth grade, my mother decided to remove me from the cottage school where I had studied and enroll me in a full-time private school. I found myself back in the same level of Latin I had completed in the third grade.

One of the first things I noticed was how the teacher prepared us for a test. Shortly before the test, the teacher would hand out completed copies of the test as a study guide. Most of the tests were matching, so we all quickly realized that we could prepare by memorizing “A7, B2, C4” more quickly than by actually knowing the material. This was when my sense of responsibility started to kick in. I knew the point of the test was knowing the material, so I would actually study the subject matter.

In the interest of full disclosure, there were a few times I took the wayward path of memorizing the letters and numbers. But don’t tell my mother.

Until I entered school, I had been taught in order to know. Now I was being taught in order to take a test. In a classical school, recitation is done to solidify central information taught within context. We were being implicitly encouraged to memorize useless codes to get passing grades.

For high school I chose to attend a boarding school in the northeast United States. It was there, for the first time, that I realized not everyone learned Latin! While Latin was required at my new school, very few students arrived with any knowledge of the classical language. Every student was also required to learn Spanish and ancient Greek. I enjoyed those studies, since I was used to a grammar-first approach with frequent recitation and exercises. It is worth noting that the school used this approach even though their goal was that the students would one day speak Spanish and Latin. As soon as the grammar was mastered, all of us were immediately asked to translate Virgil’s Aeneid. To get passing grades, I had to translate ten lines every 45 minutes. While this was impossible for everyone at first, after a couple months, most of us were translating twenty lines in that same time.

What I really enjoyed was science and math. To enable integration of the two subjects, science and math were taught by one teacher for each grade. Aristotelian logic was taught as an introduction to Euclidean geometry at the same time as Plato’s and Aristotle’s metaphysical principles were being taught as a necessary prerequisite to modern chemistry. Geometrical proofs were shown to be the basis of algebraic formulae, even though algebra had been taught in earlier grades. 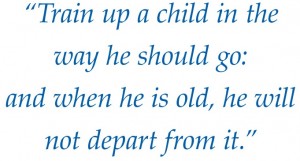 In algebra, I had accepted the concepts and methods because they seemed to work. But while I could solve for x easily in an equation like 4×2 + 4x + 1 = 0, I did not have the slightest idea what that equation meant. When I finally saw the quadratic equation geometrically (in other words, expressed in a way that reflected nature), a light bulb went on: Geometry is an expression of what we find around us (for example, circles, lines, squares, etc.); algebra is an abstraction of that expression.

Chemistry class began with the ancient Greeks. After reading Aristotle’s Physics, we knew that the building blocks of nature were matter and form and that they came together to form a unity called “substance.” This understanding cautioned me against an atomic, deterministic understanding of the periodic table. When the class proceeded to learn about the periodic table, it was in a historical way. We accompanied the great scientists in their discovery of the elements and thereby grasped that the periodic table is a reflection of nature and evidence of the order in Creation.

In college I first studied what were called the “humanities.” The point of the program was to learn “who man is.” Though we were daily nourished on Scripture and Christian spirituality, we were encouraged to learn about the strengths and weaknesses of men and women through art, music, history, literature, and language. As I read War and Peace by Leo Tolstoy, I was able to feel the social pressure felt by Pierre, the main character, and yet reach a different conclusion from the author about whether men have free will. By studying what humankind had produced over thousands of years, I gained knowledge of the virtues and vices common to all.

But I did not appreciate how different my education was until my last year of college. I transferred to a university that called itself a “liberal arts” school. Because I had concentrated on the humanities and, later, philosophy, I was required to take a few basic science courses, one of which was chemistry.

As I went through that class, I realized that my prior education had conditioned me to ask why iron and sulfur would react to form iron sulfide, but all I was told to do was “follow the chart” to figure out how they were created. The entire class was an exercise in mere memory, not understanding. I wanted to know, in the Aristotelian sense of the word. Aristotle says we know a thing when we know its four causes: material, formal, agent, and final. All I was receiving in that chemistry course was the material cause. Sadly, even though my grades showed that I had mastered the course, I felt I had learned nothing.

Proverbs says, “Train up a child in the way he should go: and when he is old, he will not depart from it.” Our training has a tremendous effect on who we are—to the point that it can be hard to fathom anything else. My education was not perfect, but it instilled in me everything a classical education strives for: a thirst for wisdom and a love for virtue, a deep understanding of the linguistic and quantitative (the trivium and quadrivium), the assurance of the unity of truth and the ability to reason from principles.

Reasoning is proper of the nature of man. It is what makes us different from everything else on earth. This is what classical education did for me: It gave me my humanity.