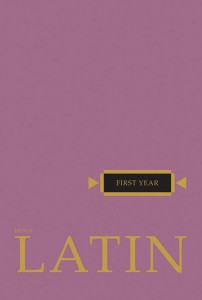 I started learning Latin many years ago with an old “Jenney” text that I picked up in a used bookstore. I made it about halfway through the text before I broke down in frustration. When I discovered the Henle Latin series, I was thrilled to find a text with which I could really learn Latin.

Rather than overwhelming a student with vocabulary, Henle I has a vocabulary of only about 500 words. New words are introduced only as the exercises support them, and are used in repetitive expressions. It is better to get through Latin grammar with a small but usable vocabulary than to not get through it at all.

Henle aims for mastery, which he defines as habitual knowledge. I don’t know of another text that really does this. The exercises and readings are extremely well done, varied, and interesting.

These features make Henle the only text I know of that can be used with fifth and sixth graders who have completed Latina Christiana I and II. This is extremely important for educators who are really serious about a classical education, and who want their students to complete Latin grammar before high school. As a high school text, its superior presentation makes it usable with younger students.

Henle contains interesting Christian content, and connects Latin to something familiar to the students. It is a Catholic text, but one that is very usable for non-Catholic students. We have taught this book to mixed classes of Catholics and Protestants for a combined 16 years in our cottage schools, and have never had one complaint from a parent or a student.

Father Henle taught Latin for more than 40 years. These texts are the fruit of many years of experience. The military themes associated with the building of the Roman Empire, though out of fashion, are more interesting to students than such substitutes as mythology and everyday Roman life. The conflicts between the Gauls and Romans and the Romans and Christians provide sustained interest throughout the books. 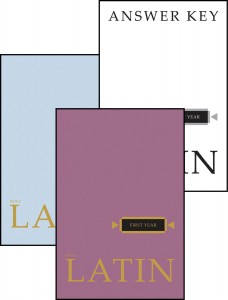 When Martin Cothran, the author of our logic series, began teaching Latin to older students in his cottage school several years ago, I gave him my Henle book and syllabus and said, “You can do this.” I could never have done that with Wheelock, Jenney, Ecce Romani, or any other text with which I am acquainted. Martin had never studied Latin, and yet he has developed a successful Latin program.

I believe Henle is the best text that homeschoolers and Christian schools can use to learn and teach Latin. It’s the next best thing to having a classicist as your own personal tutor.

One thought on “Henle Latin: The Next Best Thing to Having Your Own Latin Tutor - Memoria Press”