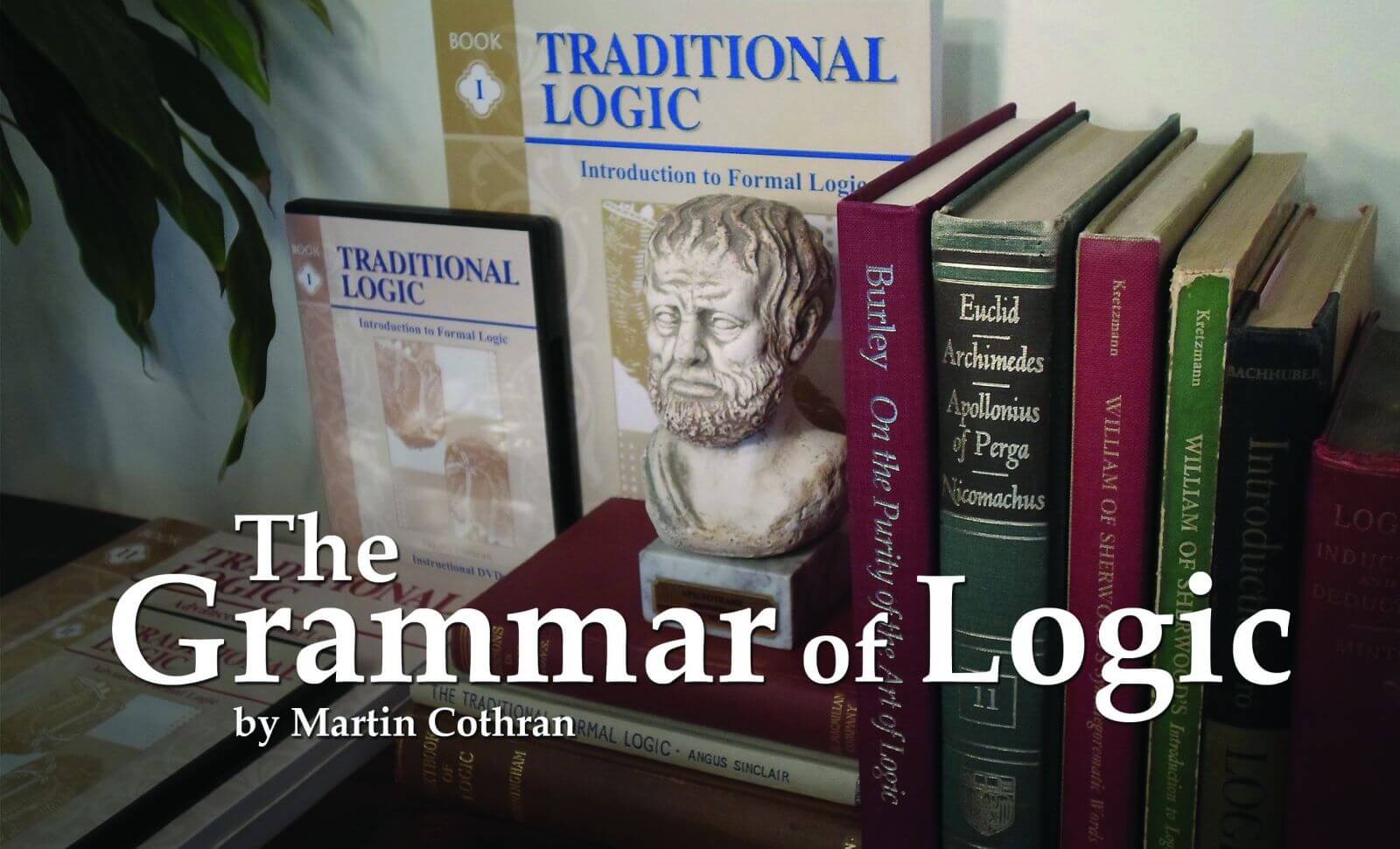 I meet a lot of homeschool mothers at conventions all over the country and one of the most common questions I get is this: “What do you do for a critical thinking skills program before we do your logic program in the seventh grade?” I have one answer and one answer only to this question: Latin.

Why is Latin a good preparation for the study of logic? This question gives me the opportunity to give an equally simple answer: grammar. The complex system of inflected grammar that Latin teaches provides the most solid basis for the study of the linguistic system of traditional logic.
Traditional logic, unlike the more mathematical modern system of logic, is based fundamentally on grammar. Take, for example, the basic argument every introductory logic student studies:

The first thing to notice about each of these statements is that they are, in fact, statements: Each of them has a subject and a predicate. “Men” is the subject of the first statement and “mortal” is the predicate. It is the relationship between all the subjects and predicates in the statement upon which the validity of the argument depends.
Now ask yourself a question: If the validity of the argument depends on the relationship between the subjects and the predicates of the statements that make it up—and you don’t know what a subject and a predicate are, then how can you determine its validity? Again, the answer is simple: You can’t.
And, unfortunately, we have students graduating from our high schools who can’t even identify a subject and a predicate.
In traditional logic, you also have to know your parts of speech—something which children are taught early in formal grammar, but which, since schools refuse to formally teach grammar, most students no longer know.
One of the important logical distinctions is between categorematic and syncategorematic words. Categoramatic words are the words that actually refer to something, like men, mortal, and Socrates in the argument above. Syncategorematic words are words that tell us how to think about the categorematic words. When I talk about men in the argument above, do I mean all men or only some? Am I speaking about them affirmatively or negatively? All of the categorematic terms are nouns. The syncategorematic words are all non-nouns, usually adjectives and verbs. Again, the validity of an argument hangs on this distinction.
Another distinction learned in grammar and then applied in logic is the distinction between quality and quantity. This is a basic metaphysical distinction that students should  learn even if just for philosophical reasons. But it is a key grammatical and logical distinction. In Latin: If the adjective is qualitative (meaning that it answers the question “How much?” or “How many?”), then it is placed before the noun it modifies. If it is qualitative (meaning that it answers the question, “What kind?”), then it is placed after.
A student coming from the complex study of the inflected Latin grammar, therefore, is ready to understand this important distinction when he arrives on the first day of logic class, where he will apply it to statements.  The quantity of the statement “All men are mortal” is universal rather than particular, meaning it applies to all men, not just some. It’s quality is affirmative rather than negative because it affirms something about men rather than denying something about them. The quantity of “Some men are not happy” would be particular and its quality negative, and so forth. The quantity and quality of statements is necessary to know so that you can match the syllogism up with one of the nineteen valid forms, a basic logical operation.
Even a knowledge of vowels and consonants is necessary to work with logical syllogisms. The medieval logician William of Sherwood invented one of the most useful tools to the logic student. It is a little ditty designed to help students learn the nineteen valid forms of reasoning. It goes like this:

Each of the (categorematic) terms is the name William gave to each of the nineteen valid syllogisms.

The official name of this little ditty is the “mnemonic verse,” meaning a verse that helps you remember something—in this case the proper forms of reasoning. But my students sometimes refer to it not as the “mnemonic” verse, but the “Demonic verse,” since I make them memorize all of it. The young King Arthur chants it for Merlin in T. H. White’s The Once and Future King.

But this verse has more complex uses, which all students in logic have to learn. The vowels tell you what kind of statements the argument is made up of (A=universal/affirmative, E=universal/negative, etc.) and the consonants tell you other things, like how to change the syllogism to the more basic deductive form. All of this depends on the distinction between vowels and consonants, which, believe it or not, is a challenge for some students who are never even taught the distinction.

Grammar—particularly as it is taught through Latin—introduces the student to basic grammatical distinctions that he will go on to employ in his study of logic. Grammar teaches the two most basic logical skills of analysis and synethes—how to make distinction and how to see resemblances.
Without these two skills, learning logic is a chore; with them, learning logic will not only be easier, but more enjoyable. 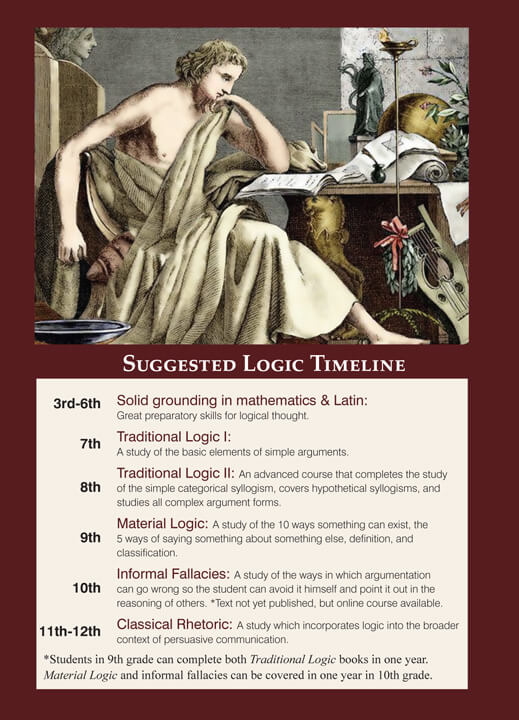