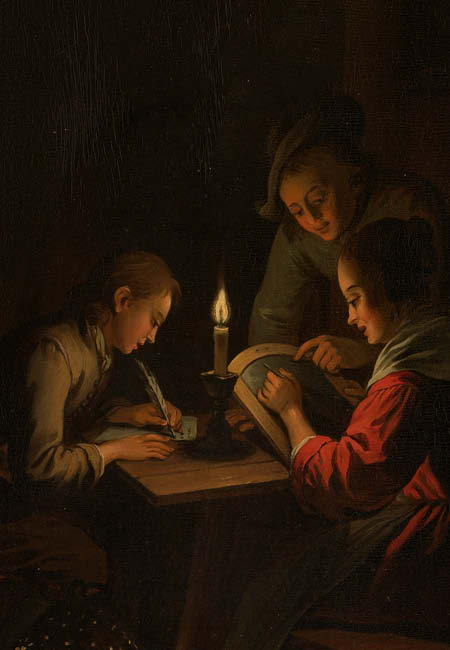 If I were tasked with the composition of a Student’s Handbook for Disrupting Class, I would not spend too many words on trifling matters like technological distraction or destruction of property; such barbarism has long been the natural prerogative of the academically obtuse, for which no formal instruction is required. A truly Machiavellian plot must overcome the teacher’s sovereignty not with force but with discourse. Defeat a teacher with words and you defeat him on his own terms. What words, then, would find their mark? “What,” the student should inquire, “is the point of learning this?” This is all too familiar a question for the educator, especially in the classical classroom. No assurance of the inherent value of our academic heritage ever seems to suitably satisfy for the enterprising disruptor the demand that the sacrifice of time and attention yields something tangible and useful. In a sense, the ubiquity of this question could be a good thing; the student’s objection speaks to a desire for purposeful growth that shows a right apprehension of education’s ends, if not its means. The classical instructor, however, often faces the same question of practicality from the parents, whose perception of the program as worth their while (and their weal) is conditional on the material or circumstantial benefits their students stand to gain from classical scholarship.

This question of academic purpose is itself a fundamentally classical one. To explain the point of your instruction you must establish the point of instruction itself: What is the end that education seeks to achieve? We are fortunate to have the answer from the patriarchs of classical antiquity themselves, as many among those concerned with the good of man and the welfare of the state turned their styluses to the subject of education with great interest. While Athens was always historically concerned with the upbringing of the youth into good Athenians, it was Plato and Aristotle who most closely scrutinized the means and ends of education. This scrutiny yielded radical and controversial diversions from the educational methods that preceded them—novel notions that, while radical then, have since marked Western civilization with the distinction of a scholastic supremity of which we mustn’t be eager to dispose.

Any discussion of Plato is tricky, as the dialectic nature of his works elicits a very real conclusion from a fictional discussion. Therefore, while we mustn’t take Plato’s utopian social order in The Republic as the necessary civil template for right education, it extends a number of important claims about the fruits of a good education and the things we must do to prosper them. Similar to the modern school, the Platonic formula for education is both mental and physical; the Greeks rarely separated athletics from academics, as both were necessary properties of the ideal citizen. So, too, does Plato consider practical skills necessary to the ideal education—an early form of vocational training, if you will—which seems to negate the classical approach of principle over utility, but this is not so. These means of education are means only.

The true key to Plato’s school is this: The product of an education is a good person. All physical and practical matters, while essential, are worthless without a cultivation of individual virtue: “The good soul, by her own excellence, improves the body as far as this may be possible.” The student must be taught to perceive the good, seek the good, and become good. Failing in this is far more grave a loss than the other way around: A good man with no worldly capability is merely a happy nobody, but a man of great potential and no virtue is a monster in the making. So, whereas Plato would have each student’s practical or physical education differ according to his potential, the mental education of a person must be essentially moral and must be given to all. What governs the differences between students in their practical education, therefore, must be their success in their moral education. Those who struggle to succeed in their moral education, who by Plato’s estimation are poorly suited for privilege and power, are trained as laborers and craftsmen; those who prove to be exemplary in virtue and goodness are trained as guardians and rulers of the state, as they are the best suited for such responsibilities.

While no school of the present day, classical or otherwise, presumes to—or ought to—apply this utopian predetermination of its students’ future professions, Plato’s view of education necessarily assumes that in the quest for virtue—the primary end of education—some will succeed and some will fail. This presents a somewhat alarming question: Can education be universal if it is classical? Is everybody expected to become what classical education aims to create? No, but anybody can. Or, rather, everybody is called but many will not heed the call or will deliberately reject it. It is the principle of classical thought that excellence of any kind is a quality of virtue, which anyone can attain. Therefore, a right-ordered educational system seeks total excellence from as many students as possible. This is in contrast to modern education, which seeks as much excellence as possible from the totality of students. Classical education adjusts its expected personal outcomes of a perfect goal; modern education admits an imperfect goal in an attempt to realize its collective outcomes.

If the cultivation of virtue in the individual is the object of education, what is the object of cultivating virtue? For this we must leave Plato and turn to his student, Aristotle, who perceives the good as the excellence of a thing both in potential and actuality. To be good, a thing must be well-suited to accomplish its goal and thereby accomplish it. Aristotle lays this out in some detail in his Nicomachean Ethics, wherein he characterizes the fullest good as essentially active; a lyre player of great skill who never plays his instrument can hardly be called good at lyre playing. So, says Aristotle, is a man knowledgeable in virtue who does not act in virtue unworthy to be called good: “With regard to virtue, then, it is not enough to know, but we must try to have and use it.” Therefore, the best man is one whose good spreads and becomes the good of those around him, and those whom he cannot persuade by private argument he must educate in the public forum. In Athenian terms, he must be a good citizen, and it is this good citizen—whose personal virtue extends beyond his person to the betterment of others—that is education’s final object.

Now, the “good citizen” born from a classical education and the “good citizen” drawn from modern education are very different creatures. One who is tempted to think that a focus on civic responsibility unifies the two must instead look to the means to determine the ends. The classical citizen is a morally good man whose civic conduct is an outpouring of private virtue into public concerns. The modern citizen is trained in public concerns—how to operate successfully in society. The former student is indeed good in his living, while the latter is merely good at living. The useful modern citizen is himself a means only—a social utility—but is not the end of his own aims. The classical citizen—the end product of an education that strives for individual goodness—is an end for his own sake. Classical thought presumes the primacy of the virtuous individual, of whose public actions the virtuous state is a happy consequence; a good state is merely a state full of good men. 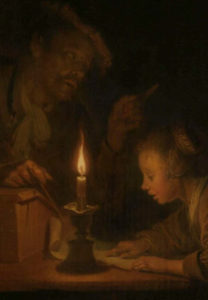 Only a person shaped in virtue can prosper in the noblest goal of the virtuous man, which is making the state; it is only by this that the state can succeed in prospering the virtuous man. In this state, we are not all supposed to become guardians and kings, though in the quest for virtue any one of us might become worthy of such a privilege. However, the imperfection of man is presupposed in classical thought, and to accept in humility the labors best suited to your excellences is no less good and proper than to accept in wisdom the highest power of a civilization’s loftiest thrones. To suppose otherwise, as modern education does, that the outcomes of the whole educated mass must be essentially alike, suggests that virtue is predicated on success, not success on virtue.

The goal of education, therefore, in the classical sense is the virtuous man, not the successful one. This virtue, once privately attained, must be publicly practiced according to one’s excellences. This virtue and the practice thereof, not social usefulness, is the tangible benefit our aforementioned disruptor is looking for. As elusive as the point of the classical classroom may seem from time to time, it is this quest for private and public good that underpins it all. To that impertinent and perennial question we must answer: The point of learning is to expose our students to the excellent, and teach them to become and ultimately promote the good found therein.

Jon Christianson is the Latin director and editor at Memoria Press. He teaches Latin for the Memoria Press Online Academy and has taught Latin and classical literature at Highlands Latin School.