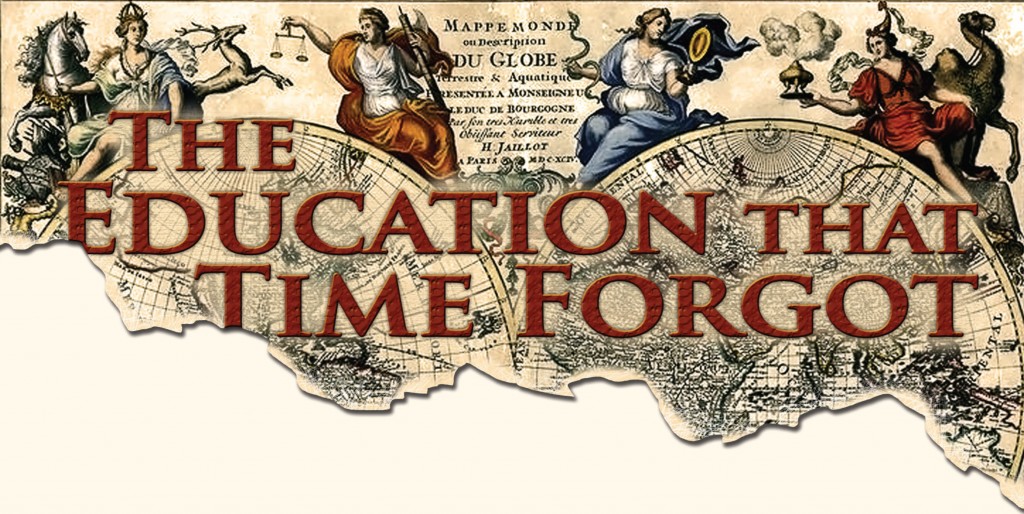 “Get ready for the newest round of permissivist education”

It was called the “Best Novel of the Century” by the Library Journal in 1999. Oprah Winfrey, whose good taste in books belies her otherwise mischievous cultural influence, has called it “our national novel.” And it won the recent Publisher’s Weekly poll which asked the question, “What is the great American novel?” In doing so, it beat out Huckleberry Finn, The Great Gatsby, and Grapes of Wrath.

The book is, of course, Harper Lee’s To Kill a Mockingbird, which only recently celebrated its 50th anniversary, one of the reasons perhaps that its stock has been rising in recent years—that and the fact that it is simply a very, very good novel.

This largely autobiographical account of Lee’s own childhood in small town Alabama in the 1930s is remarkable for many reasons, but one aspect of it that gets little attention is its commentary on the education of the time that takes the form of her recollections of the changes that were occurring in the classroom of her small-town school.

The Beginning of the End of American Education

Scout, the young female protagonist of Lee’s story, is upbraided on the first day of the fall term by her new teacher when she discovers that Scout already knows how to read. A “faint line appeared between her eyebrows” as she “discovered that I was literate and looked at me with more than faint distaste.” Her newly trained teacher was part of the vanguard of the progressivism that had begun taking over American schools in the 1920s. Part of the change involved replacing phonics instruction with what later came to be called the “look-say” method of reading instruction and which is now a part of what is called “whole language”—the teaching of English word by word rather than by the more efficient system of decoding.

“It’s best to begin reading with a fresh mind,” says the young teacher, who goes on “waving cards at us on which were printed ‘the,’ ‘cat,’ ‘rat,’ ‘man,’ and ‘you.’ No comment seemed to be expected of us, and the class received these impressionistic revelations in silence.”

The teacher, it turns out, was also scandalized by the fact that Scout wrote in cursive: “We don’t write in the first grade, we print. You won’t learn to write until you’re in the third grade.”

And, of course, there was the teacher’s admonition that Scout’s father was no longer to read to her: “You tell him I’ll take over from here and try to undo the damage—”

The remainder of my schooldays were no more auspicious than the first. Indeed, they were an endless Project that slowly evolved into a Unit, in which miles of construction paper and wax crayon were expended by the State of Alabama in its well-meaning but fruitless efforts to teach me Group Dynamics. What Jem called the Dewey Decimal System was school-wide by the end of my first year, so I had no chance to compare it with other teaching techniques. I could only look around me: Atticus and my uncle, who went to school at home, knew everything—at least, what one didn’t know the other did. Furthermore, I couldn’t help noticing that my father had served for years in the state legislature, elected each time without opposition, innocent of the adjustments my teachers thought essential to the development of Good Citizenship. Jem, educated on a half-Decimal half Duncecap basis, seemed to function effectively alone or in a group, but Jem was a poor example: no tutorial system devised by man could have stopped him from getting at books.

Obscured somewhat by the haze of time and seen through the eyes of a six-year-old girl, this is Lee’s description of the rise of “unit studies,” “cooperative education,” and “project-oriented” learning. 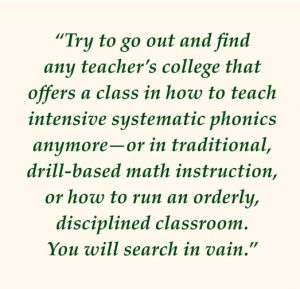 Gussy it up a bit, add a few technological bells and whistles, and you have the so-called “21st-century learning” now being marketed by the educational establishment as the newest thing.

The newest version of this program, now operating under the label “21st-century learning,” is exemplified by a recent article in my own state’s second largest newspaper, the Lexington Herald-Leader:

“I never know what I’m going to see when I walk by a classroom,” she said.

“This teaching model is a far cry from the traditional “sit and get,” said Madison County Schools superintendent Tommy Floyd.

“[Today’s students’] learning looks a lot different than what [older generations] experienced in school,” Floyd said. “We sat in a row, we listened to somebody do all the talking, we took some kind of a written test, and then we went out the door. Why does learning have to stop at 3 o’ clock? Why does it have to stop at the door?”

This superintendent has apparently been caught in some kind of time warp. Possibly he fell asleep in the mountains after playing ninepins with a bunch of grizzled men in Dutch clothes. For professional educators to think that the idea of liberating children from desks and replacing traditional subjects with more fun activities is somehow “new” is a testimony to the shortness of their memory.

There are a lot of feelings you might have if you came across a lava lamp, a pet rock, or a mood ring. But novelty definitely isn’t one of them.

The most notable characteristic of the newest thing in education is how old it is. It’s really the old new thing repackaged. So-called “child-centered” learning gets trotted out in this 20-30 year cycle, goes into hibernation in teacher’s colleges, then gets trotted out again when everyone forgets how badly it worked the last time—and the time before that, and the time before that.

In fact, it never really goes away. After its third mutation in the late 1960s, the traditional classroom had been eliminated in most public schools—and we see the results today. You wonder exactly what people like Floyd are referring to when they refer to these legendary traditional classrooms from which they are seeking a change.

Where in the public system are these “sit and get” classrooms that we must eliminate?

Although many private schools still have them (and work quite nicely, thank you), they are now mostly a phantom in the minds of permissivist propagandists from the education establishment. Virtually every teacher’s college in existence has been doing nothing but training teachers in permissivist techniques since about the 1970s (maybe even earlier).

Try to go out and find any teacher’s college that offers a class in how to teach intensive systematic phonics anymore—or in traditional, drill-based math instruction, or how to run an orderly classroom.

It’s kind of humorous how little the rhetoric changes. It always involves an emphasis on:

The newest “newest thing” turns out to be “child-centered,” “project-based,” “cooperative,” and “hands-on.” The only difference is the technological veneer.

If you peel off the label saying “new” from “21st-century learning,” what you will find is Scout’s rural classroom in 1930s Alabama. Little has changed but the name.