McAllen, Texas is at the lower tip of the Lone Star State. Just across its border is one of the most violent places in the world: Reynoso, Mexico, where infighting between Latin American drug cartels has resulted in firefights in the city streets. But just a couple of minutes outside McAllen, and just several miles from the frightening events just across the border, is the Pharr Oratory Academy. It is part of a system of classical Catholic schools that includes the Oratory Atheneum, also in Pharr, and the Newman Institute, in Reynoso, Mexico. Together, they are simply called, “The Oratory.”

At the Oratory, the chief excitement is learning, conducted in a peaceful setting. It is a hotbed of tranquility.

The Oratory is a bi-cultural K-12 classical Catholic school system with about 800 students. Most of the teachers speak both English and Spanish, and a few speak only English or only Spanish. It is run by an order of teaching priests called the “Oratory,” founded in Italy about 500 years ago by St. Philip Neri. In fact, the old world flavor is so strong that a visitor to the school and the immediately surrounding community might be forgiven for wondering if he was still in the United States.

The five priests of the Oratory live in a monastery about 15 minutes away from the school by car. After driving through the sugar cane fields for about 10 minutes, you turn down another road where, at the end, you see the levee for the Rio Grande River that separates the United States from Mexico, just before turning left into the small monastery parking lot. At the main door, you are greeted with a crest with a Latin motto. The fountain in the middle of the courtyard, the wicker couches and chairs, and the sleepy cat make you realize whence the tranquility of the schools emanates.

Since adopting Memoria Press’ Classical Core Curriculum, students at the schools, who are required to speak both English and Spanish, depending on which language they are addressed in by an instructor, now have one more language to contend with: Latin. But it’s a transition that students have made with ease.

Father Leo helped found the school in 1983, when it had 15 students, two part-time volunteers, and one paid employee. It has since increased to over 800 students, and its enrollments continue to grow. Fr. Leo has always championed a classical, liberal arts curriculum, a curriculum which, he says, fits perfectly into the school’s mission of serving bi-cultural families.

“From a deep encounter with the study of history, geography, culture, and theology,” he writes in the school’s November, 2011 Newsletter, “comes a vivid sense of how different individuals and peoples may be; yet, from these same studies and others, liberal education moves human beings to marvel at how much they also share in common.”

Fr. Leo did his doctoral dissertation on a liberal arts (or classical) education, and the school has always reflected his classical bent. It was through research for his dissertation that he happened upon Memoria Press. After reviewing the curriculum, the school decided to renew its emphasis on Latin and classical history by adopting the easy-to-use but rigorous materials in the Classical Core Curriculum. The Oratory hopes that the new curriculum will take its already excellent program to the next level. 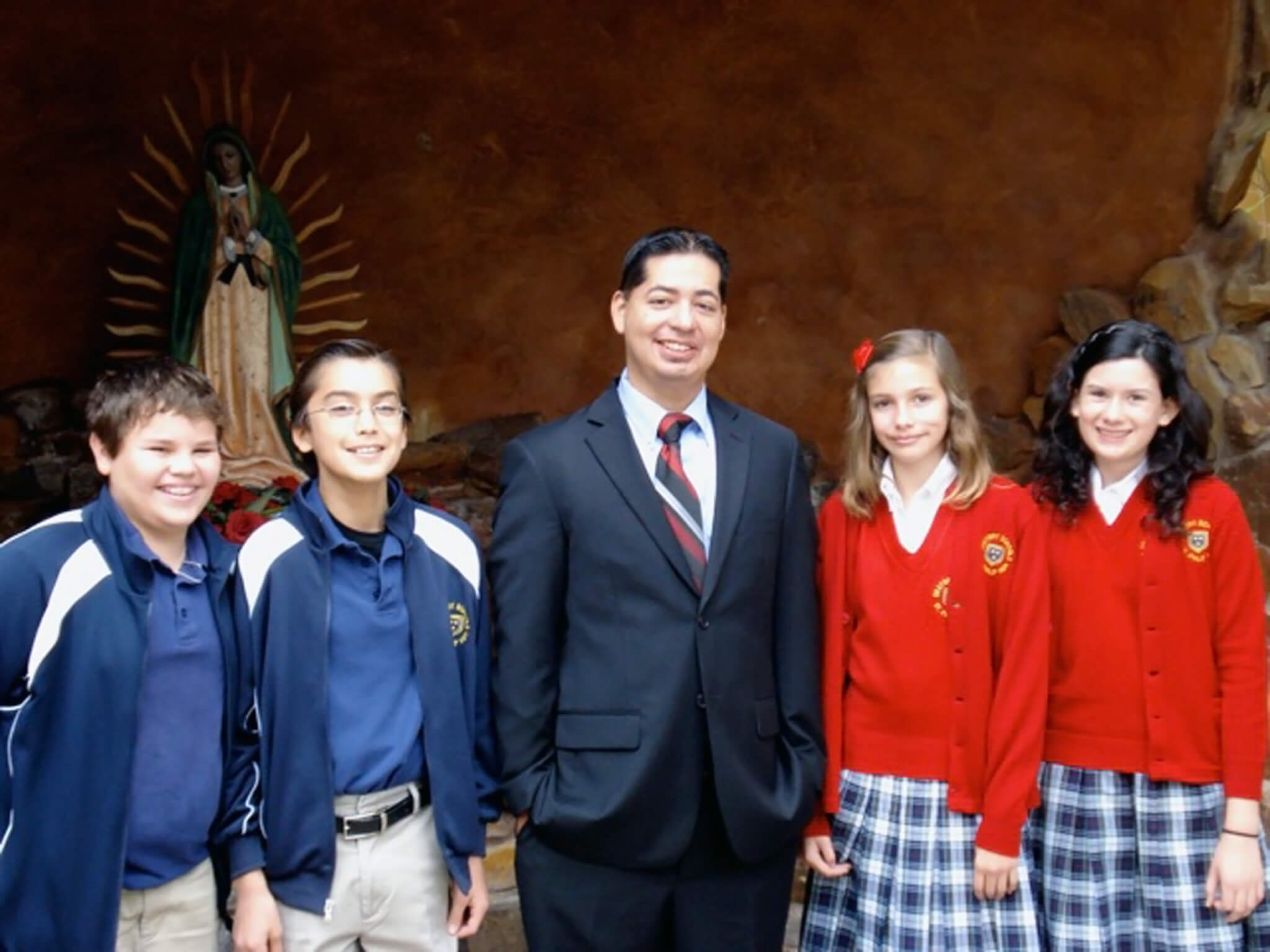 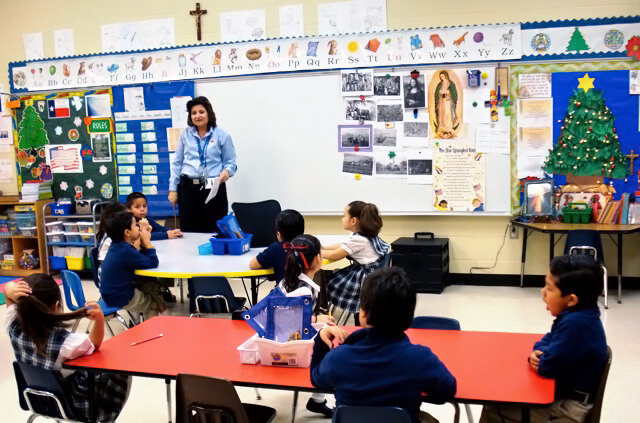