As classical educators, we recognize that we seek for our students (and ourselves) not simply knowledge, but wisdom. Our goal is to master not simply our content, but our character. Refinement in both thought and deed is the ultimate reward of education. 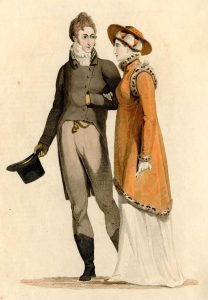 Of course, we can never fully know what the head or heart of another holds, but we are afforded clues to the nature of individuals by the way they behave. Consequently, we are either attracted or repelled. I met my husband when we were eighteen years old, week one of college. Our first conversation (as complete strangers) included a joke about marrying in the future. When I accepted this arrangement at eighteen as a freshman it was because he too thought station wagons were cool. When I agreed again at twenty-five, it was because I loved him and believed him to be a good man. Why did I think that? Among other things, I found him smart and brave and faithful. But I also think of these stories when I consider what formed my opinion: Once, on a date, we were taking a walk and he casually stepped to the street side of the sidewalk. Once, when we were riding in a jeep with a friend who was speeding and showing off, he quietly whispered instructions that might protect me should we flip or wreck. Once, when I was sick, he brought me a little bag full of cough drops and ice cream and tissues. Once, when we were taking a country drive, he pulled to the side of the road as a funeral procession passed in a show of respect for the deceased. Individually these are pretty small acts of kindness, but in a series with many other similar acts, I pegged my husband as a man with manners.

Though at the time I didn’t consciously associate manners with morality in judging my future spouse, author Paula Marantz Cohen points out that literature illuminates the connection, crystallizing this idea for us in an excellent Wall Street Journal article, “Jane Austen Knows That Manners Make the Man.” Cohen makes the point clearly, concisely, and correctly that literature, Austen in particular, can show us that “politeness is tied to deeper morality.” Cohen says: “In Austen, bad or amoral people are generally vulgar and rude. Some of these characters can pretend to be mannerly when it serves their interest. The point is that they cease to be so when their guard is down or when they are no longer invested in getting what they want.” As we know, literature helps us understand truths and reality that we might not see otherwise, simply by giving us the distance to see with more objectivity. Looking back, I can recognize that those cough drops were more than a display of rote courtesy; they reflected the heart of a man.

Alerted to this truth, we see that Austen isn’t the only author who demonstrates the manners/morality relationship. Our literature has long recognized the importance of manners and civility. Xenia, or hospitality, is a central theme in Homer’s Odyssey. In the Odyssey, we see the contrast of obedience and disobedience in regard to xenia multiple times. We see that a breakdown in manners is a breakdown in virtue. The suitors wreaking havoc on Odysseus’ home are not just socially debased, they are morally corrupt. Breaking the laws of etiquette equated to breaking the laws of humanity: disregarding prudence, temperance, justice, and fortitude—the cardinal virtues.

In the example of the suitors, Homer also shows us the seven deadly sins—pride, greed, wrath, envy, lust, gluttony, sloth—and ultimately the consequences of letting sin rule our lives. The suitors’ behavior in ravaging Odysseus’ home is set up as the antithesis of xenia from the beginning. Their actions are defilements of virtuous character. They show utter disregard for mannerly conduct—and also for people, property, and right action. Ultimately, the suitors show us life without love for our fellow man.

We can see this theme not only in a great canonical piece of literature like that of Homer, but also in enduring stories for children. In Kenneth Grahame’s The Wind in the Willows, we see a drastic change take place in Toad’s social demeanor—his manners—after a life-changing adventure. A totally “converted” Toad celebrates his triumphant return to Toad Hall in a dramatically different way than expected. Civility, previously misunderstood by Toad as an association with fine possessions and lavish events, is finally, truly, achieved when he sheds his pride. He submits, denies the spotlight, and instead redirects attention by “pressing delicacies on his guests, by topical small-talk, and by earnest inquiries after members of their families not yet old enough to appear at social functions.” Toad finally (mostly) understands that selflessness and humility are required of truly civilized individuals.

Literature shows us time and again that to those who value civilization, civility is a necessary ideal. “Civility” has its etymological roots in the Latin word, civis (citizen). But civility, I think, is better understood as rooted not in a word, but in the Word, specifically the Golden Rule: “Do unto others as you would have them do unto you.” Cohen tells us that “Austen presents [manners] as the need to treat others humanely rather than instrumentally.” As Christians, we can recognize that acting with civility essentially means acting with love and charity. If motivated by humility and sincerity, manners should stem from a conscientious eff ort to act in accordance with our faith; they should encourage us to “Love thy neighbor as thyself.”

In Anne of Green Gables, this is exactly how Marilla explains etiquette to Anne when Anne questions the appropriateness of certain actions ahead of a highly anticipated tea party. “The trouble with you, Anne, is that you’re thinking too much about yourself. You should just think of Mrs. Allan and what would be nicest and most agreeable to her.”

As many do, Anne was thinking of manners as rules and personal restrictions; Marilla recognized that good manners are best understood as gifts of thoughtfulness given freely to others. Keep your elbows off the table—so you don’t crowd your neighbor. Don’t chew with your mouth open—because it’s unappealing and diminishes the dining experience of others. Write a thank you note—to acknowledge with gratitude the generosity and thoughtfulness of a giver. Having manners is not about operating within a set of narrow constraints or exalting oneself in a show of superiority. Having manners is about humbling oneself to make others more comfortable—even in the smallest ways (like walking street-side on a sidewalk). The point is, if having manners makes us proud, the purpose has been defeated.

This emphasis on humility is important because it illustrates the fact that being mannerly doesn’t mean being fancy. Just as we are all capable of being good, we are also capable of being polite. White tablecloths are not required. As C. S. Lewis tells us, “Even in social life, you will never make a good impression on other people until you stop thinking about what sort of impression you are making.” Importantly, Lewis extols self-forgetfulness, not self-deprecation. Humility is not a denial of the blessings God gives us; we should use our good gifts, not flaunt them. The same is true of good manners—they should be bestowed, not brandished.

Beyond the intrinsic goodness of treating others with kindness, manners and civility can serve us in practical ways. For example, on the way to middle school basketball tryouts I explained to my (short) son that though he may not be the most gifted athlete, he could distinguish himself by being hardworking, polite, and coachable. It may not be enough, but the quality of his manners, in addition to (or instead of) the quality of his free throws, could help get him on the team. I explained that it does us little good to have extraordinary capabilities—or a head full of sound ideas—if we are disagreeable, impolite people with whom others would rather not interact. In general, we prefer being around people with genuine manners because we know that we are being considered and valued in their presence.

At their core, however, good manners are not about getting ahead—they’re about getting along. They are about being servant-hearted in our relationships. Our commitment to manners should be unwavering because they demonstrate our desire to be good. Literature repeatedly reminds us that Manners do, in fact, Make the Man.