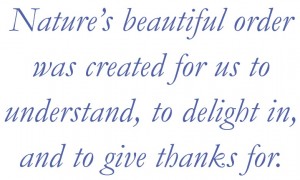 The truth that the human mind is able to know the natures of all bodily things may indeed be manifest, as St. Thomas Aquinas here testifies, but it is no less noble for being evident. By this statement, Aquinas did not mean that any one of us in fact knows all things, nor did he mean that the natures of material things are all equally open to our knowing them, nor indeed that our knowledge exhausts their intelligibility or even attains the specific differences of natural bodies. Yet he certainly did mean to point to the universality of the mind as a power of knowing. The mind is not an organ like the eye that has but one proper object—color—and can say nothing about the proper objects of the other senses. The savor, aroma, and temperature of a glass of Burgundy are things that the eye cannot see.

The mind, however, roams freely over the material Creation, never once stopping to say of the world that surrounds it: “I have found my limit; it is here that my knowing must come to an end.” Even the wildest speculations of today’s cosmologists, who with reckless abandon reify time, multiply dimensions, and propagate multiverses, merely confirm Aquinas’s dictum and Aristotle’s insight: The only limit acknowledged by the human mind is the limit of reality itself. The mind, as such, is open to the knowledge of all things, which is why the mind, as mind, must be immaterial: In order to be capable of receiving the forms of things into itself, it must not already be determined to a particular form, but be in itself a perfect receptive openness to all forms.

It is this very principle of the universality of the human intellect, so essential to understanding the dignity of the human person, that makes the multifarious manifestations of modern science at once so very important and so very vexing. For modern science, like the Roman god Janus, has two faces. One of those faces is open to all of reality, from the primeval atom through the eons of stellar clusters and the steady growth of life on earth, to the human mind itself as an image of the first cause and final end of all that exists, that immaterial intelligence identified by the Sage as “thought thinking itself.” This face of modern science looks upward with wonder and awe, and with a thoughtful puzzlement, ponders the seemingly inexhaustible order and intelligibility of the cosmos, day by day unfolded in laboratory, classroom, field station, and observatory.

The other face—how very tragic it is—glares, winces, and even sometimes snarls. This is the face that rejects the search for the first cause, insists that science attend only to what its instruments reveal—but not as a wise and humble matter of practice, rather as a dogmatic injunction—for it holds to be real only those things revealed by its instruments. This is the science that refutes itself by suggesting that all things in nature and human affairs are determined by material causes alone, that these causes themselves are radically unintelligible because they work only by probabilities and chances, and—though it does not trumpet the embarrassing claim loudly, it must ultimately admit what its principles declare—that man is not really a knower. 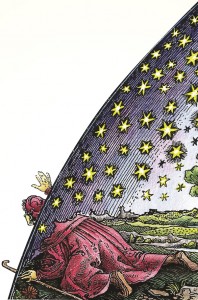 The first face of modern science, the calm countenance of pious learning, is the face worn by the vast majority of those who study nature today: stargazers, birdwatchers, homeschooling mothers, all children, many armchair philosophers and some professional ones, and a surprising number of field and laboratory scientists. They have learned from Galileo that the moon is made of rocks, from William Harvey that the blood circulates, from Joseph Lister that they ought to wash their hands, and from many scientists many other truths besides. They are comfortable with the periodic table, unafraid of what the geological record may reveal, and even pay a respectful if somewhat quizzical regard to the mysteries of quantum physics. And many of them regularly worship Nature’s God.

The second face of modern science is similarly widespread, and seems to hold what T. S. Eliot once called “all the most valuable advertising space,” enjoying bully pulpits in academia and the media, from which it trumpets in dreary monotony the dirge of chance and necessity, of the land beyond freedom and dignity, and of the universe without a cause.

What do men of faith require in order to find in that first science the great good of truths lasting and significant? What can men of faith do to offer some measure of composure and peace to those now wearing the anguished and angry faces of that second science?

Such questions admit of no brief and easy answers. Yet the essays in this issue do speak to them and together offer a way forward. But what these essays hold in common is two-fold: a determination to use with great care the words that we employ to formulate our claims about nature, and a confidence that nature’s deep and beautiful order points the way back to its Creator. These two qualities do not themselves offer all that we seek, but they are the essential starting points for inquiry.

The first of these principles is methodological: The only adequate science is one whose findings can at last be expressed in the terms of—or at least in continuity with—the same ordinary language that we use to give an account of our everyday experiences. From this methodological principle follows the need to make the most careful sifting possible of the words that we choose to formulate our findings about nature. Such care is all too often absent from the speech of the popularizers of an agnostic or atheistic science. Hand-waving and obfuscation are there the norm, as when Francis Crick asks us to ponder the “hypothesis” that we “are in fact no more than the behavior of a vast assembly of nerve cells and their associated molecules,” but then are treated to a remarkable spectacle of hide-and-seek in which all the essential explanatory terms remain unexamined. At times, however, the kind of shell game with words that modern science can devolve into is revealed by one of its players with shocking candor, as when Richard Feynman, in the course of answering a question he has posed for himself—”What is energy?”—declares that “it is important to realize that in physics today, we have no knowledge of what energy is.” 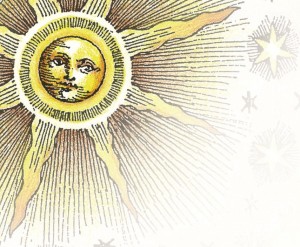 Feynman’s ensuing discussion is, of course, not lacking in value. Yet although a Nobel Prize-winning physicist is forced to admit that this word he is putting into constant use—energy—lacks a definition, this same word can nevertheless be posed as a foundation stone in a much larger edifice, as in this startling definition in an otherwise admirably sober book: “Physics is the study of energy and its interaction with matter.” And this declaration is, perhaps predictably, soon to be followed by a discussion of “the best-known equation in the world,” E=mc², from which we learn to consider that “energy has mass, and mass is a form of concentrated energy.” So energy is matter, and matter is energy, and “physics” is the study of them both. It is very far from being self-evident that the Aristotelian definition of physics as the study of “nature” or of “mobile being” is inferior to this misty conception. And if modern science has such a difficult time explaining what it is that it studies, should we be surprised to find that its theories and conclusions are often similarly expressed in terms that baffle and amaze? Our response must first be always carefully to attend to the meaning of the words that we employ to express what we have apprehended of nature’s intelligibility.

The second principle is one of attitude rather than method: the conviction that nature’s beautiful order was created for us to understand, to delight in, and to give thanks for. It is a corrupt version of modern science, and an ideology rather than any form of knowledge, that would seek chiefly to dominate nature or to reinvent it according to our whim rather than to understand it. When Richard Rorty declared that the “undesirable sense of wonder” of “Plato, Aristotle, and orthodox monotheism” should be set aside, he recommended in its place a program of truly astonishing Prometheanism:

The hundred-odd years spent absorbing and improving on Darwin’s empirical story have, I suspect and hope, unfitted us for listening to transcendental stories.

In the course of those years we have gradually substituted the making of a better future for ourselves, constructing a utopian, democratic society, for the attempt to see ourselves from outside of time and history. Antiessentialism is one expression of that shift. The willingness to see philosophy as an aid to creating ourselves rather than to knowing ourselves is another.

Nature is either the source and the measure of our knowledge, or, if it is somehow beneath us and we are somehow its measure, then nature—including human nature—is merely some kind of cosmic playdough that we manipulate at will. The dire practical implications of such a view are evident to all men and women of good will. How is it to be refuted? Not so much by argument—for this view does not repose upon argument—as by example. It is by the patient and sober, but loving and attentive study of nature, and by the careful exposition and sharing of the results of that study, that confidence will be restored in the harmonious vision of nature as an ordered cosmos through which man the wayfarer makes his way home to his Creator. 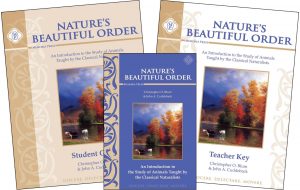 “The selections from the Classical naturalists in Nature’s Beautiful Order combine rigorous biological thought and the accessibility of a light-hearted style. Who could ask for more to engage a middle school reader?”
James Barham, Ph.D.
Editor, TheBestSchools.org

“Indebted to both Aristotle and C. S. Lewis, Professors Blum and Cuddeback clearly and simply but profoundly make the classic rationalist-scholastic arguments about nature and organisms. Their approach was once the common coin of the learned realm. Its replacement by reductionist and mechanistic assumptions and models—’nothing but-ery’—has been a catastrophe, both the external environment of our fellow creatures and our common living setting and the internal environment of our thoughts, feelings, and beliefs.”
M. D. Aeschliman, Ph.D.
Professor Emeritus, Boston University School of Education

“What sets Nature’s Beautiful Order apart from many science texts used in schools is its admiration and reverence for the natural world. The authors kindle the reader’s sense of wonder through narratives which integrate specialized information with human experience. Students who embrace the challenge of this book will find a rich field for their imagination and gain a deep appreciation for the marvels of the animal world.”
Sister Mary Anne Zuberbueler, O.P.
Dean, School of Education, Aquinas College, TN

Christopher O. Blum is Professor of History & Philosophy and Academic Dean of the Augustine Institute. He is the editor and translator of St. Francis de Sales' The Sign of the Cross: The Fifteen Most Powerful Words in the English Language (Sophia Press).

0 thoughts on “Knowing What Nature Is”