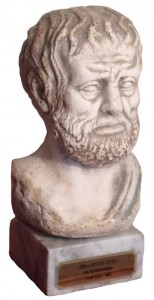 As Ariel Castro was being sentenced to 1,000 years in prison without parole for keeping several women hostage in his Cleveland home last year, he unwittingly articulated a view of human responsibility that is championed by many of our intellectuals.

Castro insisted he did nothing wrong and blamed his crimes on addiction. This is a classic case of the psycho-sophistical blame-shifting to which our society has become increasingly prone.

Castro could point to numerous radio and television psychologists to justify his claim that, because he suffers from a psychological disease, he cannot be blamed—and should not be punished—for his crimes.

The public was clearly not sympathetic to this claim. Castro’s actions were still seen in moral rather than medical or psychological terms. But Castro was simply appealing to a mentality that has become all-pervasive in our culture—a mentality that perceives human actions not in moral terms, but in generally scientistic and specifically psychological terms. Indeed, celebrity psychologists meet us at every cultural turn. They are the people we now go to in order to make sense of public scandal, largely because they provide us with a way to avoid having to see things in moral categories.

When former California governor Arnold Schwarzenegger and golf champion Tiger Woods were involved in similar scandals, they employed the same rhetoric. Their actions, which would have been framed in purely moral terms in former times, were framed very differently in the light of our modern mentality.

Traditionally, public shame has been handled in what is essentially a three-step process. First there is the admission of guilt: “I did a bad thing.” Second, there is the request for forgiveness for doing it: “I ask your understanding and forgiveness for what I have done.” Finally, there is the promise to forswear any similar such behavior in the future: “I promise I will not do this again.”

We used to see this three-step drama performed over and over again whenever some public figure was found to have given in to some carnal temptation: They confessed, they said they were sorry, and they promised to change their profligate ways. But as the therapeutic mentality has asserted itself over our culture, the process has changed in a very dramatic, albeit subtle, way.

Schwarzenegger (and this was almost exactly what happened in the Tiger Woods incident as well) first came out and admitted that he had done something wrong. So far, so good. Then he asked that he be forgiven. Other than his wife, who left him over the incident, most people were willing to forgive and forget. But the promise not to do it again was replaced by the announcement that he was going to seek “treatment” for his behavior.

This is increasingly the pattern for penance employed by modern public figures. It sounds as if moral responsibility has been taken but, in fact, something outside of their control is being blamed.

This shift from the moral to the therapeutic is encouraged by the very people who usually see it as their duty to see past the excuses. During the Schwarzenegger scandal, Dr. Phil was called upon by CNN’s Anderson Cooper to explain what had happened and why. The celebrity psychologist attributed Schwarzenegger’s problems to what he termed an “addiction.” When questioned as to whether this excused him from blame, Dr. Phil adamantly denied it did. But, in fact, he was talking out of both sides of his mouth.

The Dr. Phils of the world want to cast themselves as scientists with the specialist’s ability to divine the causes behind things, but also want to be able to deny the clear implication of what they say because it would not be well received from a public that knows intuitively that people should be held morally responsible.

Once again, we have to go back to the common sense psychology of Aristotle to make sense of the tendency of people to shift blame to something or someone else.

Any human action is, first, either voluntary or involuntary. If it is voluntary, it is either habitual or non-habitual. If it is habitual, we call it a HABIT. If it is not habitual, it is the result either of a WISH or non-rational craving. If it is the result of non-rational craving, it is either emotional or non-emotional. If it is emotional, we place it under the category of PASSION. Those that are non-emotional we place under the category of APPETITE.

With a little help from our psychologist friends, we tend to move our actions from the left side of this chart (where we are responsible for our actions) to the right side (where we are not). In this way the actions of the individual are portrayed as being outside the realm of moral judgment.

The goal of scientism is to eliminate the idea of voluntary action altogether. Scientific materialism, if it is consistent, cannot consider any action as voluntary. It must necessarily believe that every action is involuntary because it is caused exclusively by prior physical causes. The therapeutic view of human action is just one application of this wider worldview.

Because Aristotle’s division of human action is free of the artificial restrictions of modern scientism that exclude morality, it provides a better and more comprehensive way to think about why humans do what they do.