In the Winter 2018 issue of The Classical Teacher, I wrote about the notion of the journey, suggesting that how we get to any worthy destination may in fact be the most important part of the experience. The journey is not always about the future destination; sometimes it is about the inner growth that takes place in our souls and minds when we live life in the active present. Let’s consider the journeys of two key pilgrims in Western thought and culture: Oedipus and Dante.

Let me begin by introducing a useful image. In the poem “Winter Rain,” Wendell Berry wades methodically across a creek, pausing to hear the rain striking the river:

having waded all the way
across, I look back and see there
on the water the still sky.

Notice that after he reaches the other side of the river he looks back and sees the entire radiant sky reflected on the river. This lovely image can symbolize the journeys of Oedipus and Dante. The protagonist (or author) in each epic undergoes an arduous pilgrimage that ultimately results in redemption. Importantly, each character struggles along for a purpose greater than himself—for his own spiritual growth and to bring healing or a blessing to others. Along the way, each does not know whether he will make it across the river, but one day he is able to look back and see the luminous sky of new life there upon the water. 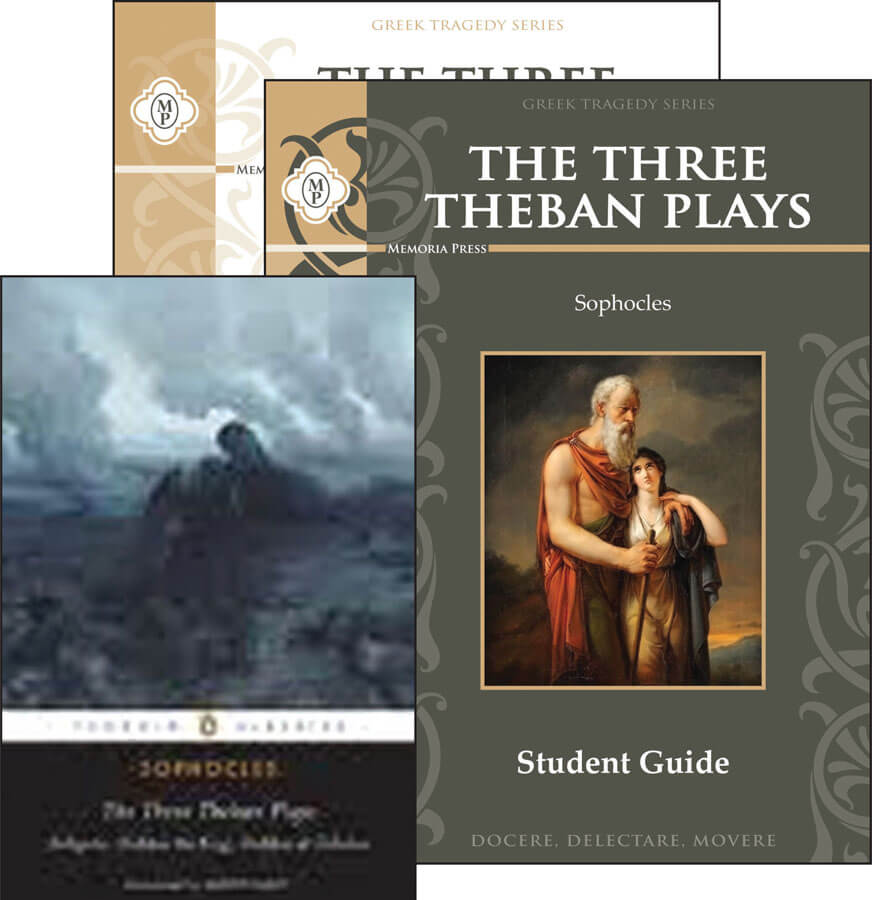 In The Three Theban Plays, Sophocles satisfies the demands of his culture’s turn toward humanism by giving them a new kind of hero: Oedipus, a rational, truth-seeking king fueled by his (supposed) free will and intellect. But the struggle of his journey eventually transforms this unadulterated rationalism into a wiser, more enlightened perspective. Oedipus flees his home attempting to outrun a prophecy that says he will kill his father and marry his mother. In the beginning, Oedipus trusts in his reason rather than in the gods, as when he is seeking to discover the cause of Thebes’ plague. After all, his celebrated reason has rewarded him in the past, most notably when he solved the riddle of the Sphinx, causing him to be elected king of Thebes.

Yet each free, presumably intelligent action that Oedipus takes in order to evade the prophecy actually fulfills it and brings him closer to his downfall. Through his persistently Sophistic reasoning, Oedipus eventually discovers the horrifying truth about himself: that he has fulfilled the Delphic prophecy. He has killed the king of Thebes in a dispute during his travels, not knowing the king was really his father and married the widowed queen of Thebes, not knowing she was his mother. Oedipus’ reason leads him to a profound truth: Man is not the measure of all things.

Oedipus’ humanistic journey leads to his self-blinding and exile. From that point, he must wander life’s road without sight and without a home. Yet this harrowing, painful process will ultimately reward him with an enlightened, spiritual perspective—a wiser view in which he situates his humanism within a broader theological framework, and that results in his redemption. In discourse with Ismene, Oedipus says, “So, when I am nothing—then am I a man? Ismene responds, “Yes! The gods are about to raise you to your feet—/ till now they were bent on your destruction.” Oedipus’ spiritual growth and wisdom are especially revealed when he says:

Furthermore, Oedipus’ redemptive journey enriches the lives of others. Apollo’s original prophecy stated that Oedipus would be a blessing to the city in which he is buried. Now with spiritual insight instead of worldly reason, Oedipus can interpret the sign from Zeus that his own death is near. So Oedipus offers Athens the blessing of being his burial place, ensuring victory for the city in any future conflicts. 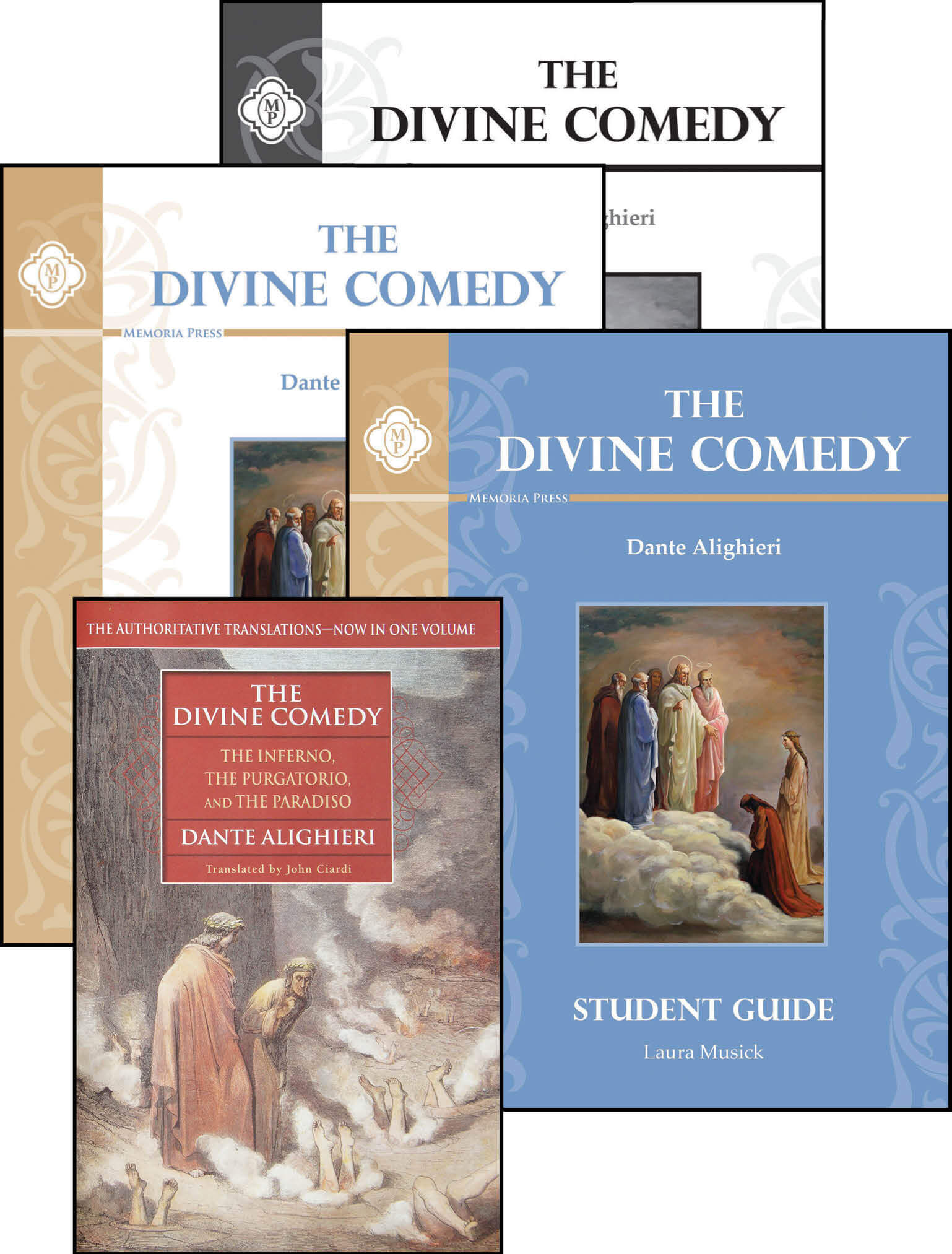 In The Divine Comedy, Dante’s journey is inward, toward union with God. But it is also twofold. Near his middle age, Dante finds himself “astray from the straight road” and wakes to “find himself in a dark wood.” Dante the protagonist will undertake an epic journey through Hell and Purgatory so that he can enter Paradise. And Dante the author will write the epic poem, in need of spiritual transformation after a broken heart, and from being mired in political division and strife.

Though Dante himself was in an arranged marriage with Gemma Donati, he often expressed a kind of poetic and courtly love to his ideal woman, Beatrice Portinari, who had come to symbolize for him spiritual goodness and female beauty. Beatrice’s death at age twenty-five plunged Dante into despair.

Dante’s broken heart and banishment from Florence for political reasons led him to a profound understanding of his own sin and separation from God. He wrote The Divine Comedy while in exile, wandering from town to town in search of safety for his family. The writing of the epic became a spiritual balm for him—the character Dante goes through spiritual (and actual) hell in search of God and redemption.

But Dante also wrote in order to bring healing to others—to invoke, with the power of verse, a cosmology that could unify the disjointed world of Medieval Italy into a coherent world of heaven and earth. He wanted to help move his culture from this:

We never meant that men of Christian life
should sit part on the right, part on the left
of our successors, steeled for bloody strife.²

The order of the universe, whose nature
holds firm the center and spins all else around it,
takes from this heaven its first point of departure.
This heaven does not exist in any place
but in God’s mind, where burns the love that turns it
and the power that rains to it from all space.³

The journeys of these indelible figures of Western literature involved physical suffering, persistence, and faith. From worldly reason and success, they came to a realization that something more was needed—a purpose and connection so great and immeasurable, a destiny so powerful and vast, that each figure would wander through hell and blindness, love and death, laboring to attain for himself and for his culture a new home in the cosmic arms of “the Primal Source from which it emanates.” May their journeys inspire us to travel with faithful courage and hope for the redemption that awaits the long journey into paradise.