Most critics of American education today have a good grasp of one part of the problem: our children don’t have enough knowledge. They cite poor test scores and the general lack of awareness of important events in history as proof of this. And they are right.

But although this analysis is correct, it is not complete. There is, after all, no shortage of information. It is everywhere. In fact, students today, with their access to the internet alone, have greater access to the world of knowledge than ever before.

They are thirsting to death on the shore of a sea of information. Why is this?

I think that at least one of the reasons has to do with the lack of order both in our conception of education and in the actual curricula we use in our schools. There are a lot of things we want our students to know, but our own lack of any understanding of the structure of reality prohibits us from getting this knowledge into the heads of our students.

In the speech, Postman talks about buying a deck of cards. When you first open it, he says you find all the cards in a particular order. First there are, say, the hearts, from Ace to King, and then the spades, and the diamonds and the clubs, each in the same order. What this allows you to do, he points out, is to make sense of the whole deck. As you look at each successive card, you know exactly what you will find. And you can say why the previous card was what it was. All because you know the order.

But when you shuffle the deck, you destroy the order of the cards so that, if you were to go through them again, you would not know which card should come next or why the card before was the one it was. The order would be lost, and you would have no knowledge of the inherent structure of the deck, unless you already knew it before.

Postman points out that there are times in history when we have had an unshuffled cultural deck:

The belief system of the Middle Ages was rather like my brand-new deck of cards. There existed an ordered, comprehensible world-view, beginning with the idea that all knowledge and goodness come from God. What the priests had to say about the world was derived from the logic of their theology….

The medieval world was, to be sure, mysterious and filled with wonder, but it was not without a sense of order. Ordinary men and women might not clearly grasp how the harsh realities of their lives fit into the grand and benevolent design, but they had no doubt that there was such a design, and their priests were well able, by deduction from a handful of principles, to make it, if not rational, at least coherent.

But, he points out, our world today is nothing like the world of the medievals:

The situation we are presently in is much different. … It is rather like the shuffled deck of cards I referred to. There is no consistent, integrated conception of the world which serves as the foundation on which our edifice of belief rests. And therefore, in a sense, we are more naive than those of the Middle Ages, and more frightened, for we can be made to believe almost anything.

The situation in which the modern world finds itself—one in which there is no acknowledged order to reality—is reflected in our institutions of education. They acknowledge no coherent picture of the world, and they admit no inherent order in either the structure of knowledge itself or in the way it should be presented to students.

Our students are faced with wave after wave of random, disconnected information. And because it is presented in no discernible order, and because they are not provided with any kind of mental structure within which it can be made sense of, we frequently do little more than confuse those whom we pretend to teach. “[W]hat started out as a liberating stream,” says Postman, “has turned into a deluge of chaos.”

There are two proposed solutions to this problem: the modern one and the classical one.

The modern solution to the problem of random, disconnected information consists of providing students with more of it. “Education technology”—in other words, more computers—will solve our educational problems. This often takes the form of computers in the classroom.

The computer is presented to us, says Postman, as a “technological messiah.” Apple spends hundreds of millions of dollars providing schools with free “learning technology.” This is marketed as an educational elixir that will cure all educational ills. 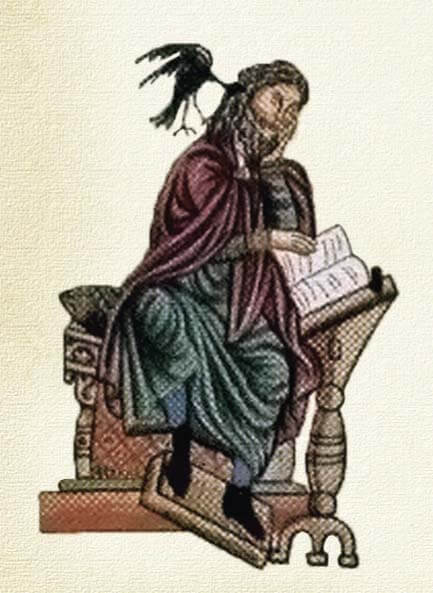 But the truth is something different:

The computer cannot provide an organizing moral framework. It cannot tell us what questions are worth asking. It cannot provide a means of understanding why we are here or why we fight each other or why decency eludes us so often, especially when we need it the most. The computer is, in a sense, a magnificent toy that distracts us from facing what we most needed to confront—spiritual emptiness, knowledge of ourselves, usable conceptions of the past and future.

An Apple a day keeps learning away.

The answer to the modern educational problem of too much ill-ordered information is not, itself, modern. It is an ancient answer that has not been lost, but only ignored. The answer to the problem is the sequence of learning known as the “liberal arts.” The liberal arts were an ordered set of seven skills that provided educators with a guide to teaching and students with an order, in light of which they could make sense of what they were taught.

“Wisdom hath builded her a house,” says the writer of Proverbs, “she hath hewn out her seven pillars.”

The trivium skills of grammar, logic, and rhetoric were the first three arts, the most elementary. Grammar was the study of the structure and content of language; dialectic was the practical study of logic; and rhetoric the skills of speaking and writing. These formed the foundation of the last four arts: arithmetic, geometry, astronomy, and music—the mathematic and quantitative arts of the quadrivium.

Although the liberal arts were taught and practiced since the time of Greece and Rome, it was the Middle Ages in which they were shaped into the seven discrete arts—the Seven Habits, we might call them, of Highly Educated People.

It was this educational structure that dominated learning until the turn of the 20th century, when it was largely pushed out of schools in order to accommodate the progressivist pragmatism that now dominates education. The liberal arts were abandoned but never replaced. 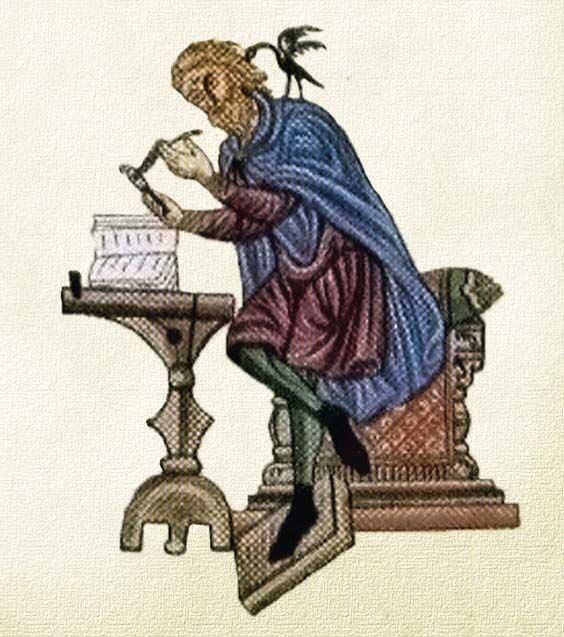 These seven educational habits do not have the glamour of a new iPad, and there are few new “apps” to accompany them. To many modern educators, they seem a hoary relic from a bygone age. But such a criticism, of course, is irrelevant. “What avails a golden key,” asks St. Augustine, “if it cannot give access to the object which we wish to teach, and why find fault with a wooden key if it serves our purpose?”

That an educational method was old was once a recommendation to educators, who valued the tried and true. This attitude, however, has been replaced by a kind of neophilia which threatens the entire educational enterprise, if not our culture itself.

To fail to pass on these basic intellectual skills, skills without which learning can become a torture, is to consign the modern student to death by intellectual thirst just out of reach of the educational water.